Alaska's First Road: One of the three most historically significant trails in Alaska. 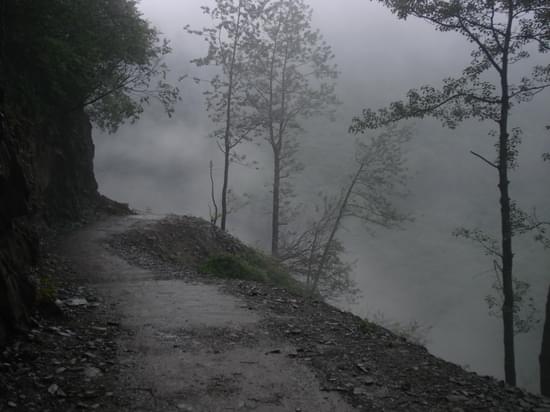 Trail near Last Change Mine Museum; photo by Catherine Horiuchi

Aside from being one of the most scenic and well-used trails in Juneau, Alaska, the Perseverance Trail is one of the three most historically significant trails in our entire state along with the Chilkoot and Iditarod Trails. The original route, used by natives for goat hunting, fishing and berry picking, was later to become the first road in Alaska after Joe Juneau and Richard Harris found gold in the Silverbow Basin in the 1880's.

The road was used to access at least five major gold mining operations in the Gold Creek Valley including the famous Perseverance mine and the Alaska-Juneau mine, which at one time was one of the largest gold producers in the world.

Silverbow Basin once "boasted a hospital, machine shop, blacksmith shop several bunkhouses, a mess hall that could seat 500 men, staff houses, cottages, apartments and a post office" according to Willette Janes, author of In The Miners Footsteps.

Today the road is called the Perseverance Trail and users can still see ruins and artifacts of the old mining operations scattered throughout the valley. 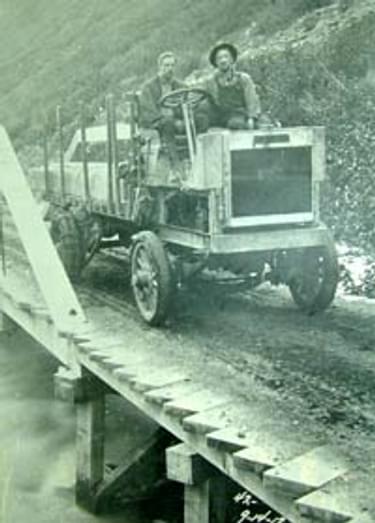 Truck on the old trestle

The historical significance of the Perseverance Trail is priceless. Mining in Juneau was one of the first major industries in Alaska. By the late 1930's, the AJ employed more than 1,000 men year round and had produced over $80 million in gold by the time it shut down in 1944. Many Alaska firsts and world records were achieved in the effort to extract gold from the mountains surrounding Gold Creek Valley.

The Johnson Road (Perseverance Trail) is said to be the first road of any size in Alaska. William Ebner built the first electric plant in Alaska, used to power mining operations in the valley. The Sheep Creek adit, completed in record time, was at one time the longest tunnel in the Western Hemisphere. In the 1920's the Perseverance Mine was the world leader for tonnage of ore produced and treated. It is possible that the first telephone line in Alaska linked the mining community in Silverbow basin with Juneau.

Today the Perseverance Trailhead is a short walk from downtown Juneau and the cruise ship docks, attracting approximately 30,000 visitors and locals per year.

Each summer, during Juneau's busy tourist season, thousands of cruise ship passengers and independent travelers head up the Perseverance trail to experience the history and beauty of the Silverbow basin, many with local commercially guided tour companies.

The trail has a wide, firm base that doesn't get muddy and is accessible to less able users. The 3.5 mile trail also serves as access to the Mount Juneau Trail, the Granite Creek Trail and the Red Mill Trail as well as several spur trails that access view points or historic mine ruins. 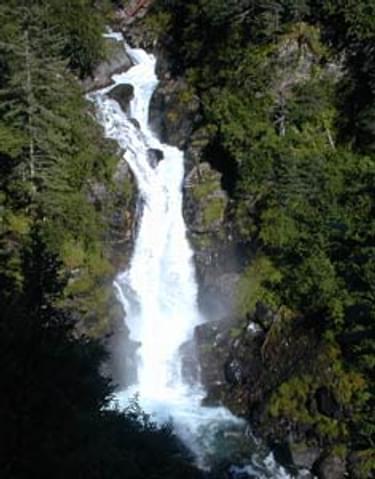 Aside from being a living museum where hikers can explore what's left of the old stamp mills and other mining structures, or view the 1/3 of a mile wide, 1,000 foot deep "glory hole" where much of the gold was extracted, the natural beauty of the Gold Creek valley is breath-taking.

Streams cascade down the lush green, 3,000 foot shoulders of Mt. Juneau and Mt. Roberts while waterfalls over a hundred feet high can be seen near the beginning and end of the trail.

User experience on the Perseverance Trail, much like that of the Chilkoot Trail, has as much to do with social interaction as it does with discovery, fitness and scenic beauty. The diversity of users on this trail is a large part of its unique value.

Visitors enjoy talking with amateur gold panners who are often seen hiking up the trail with shovel and gold pan in hand hoping to find an overlooked nugget.

Many locals with knowledge of the trails history are often eager to share a story with passing hikers or point out an interesting artifact hidden in the underbrush.

It is also common to see bird watchers along the trail with binoculars trained on one of several species of birds that live in the valley. On nearly any given day, runners, dog walkers and bicyclists can be found enjoying the trail.