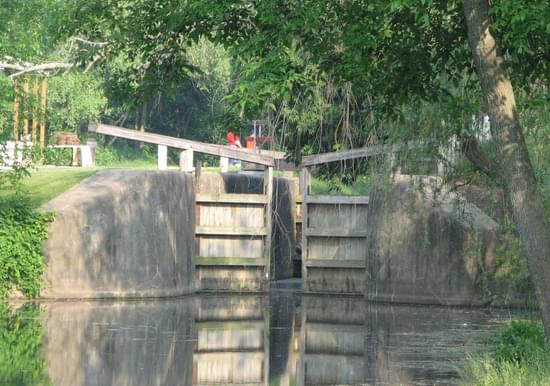 The Stark County, Ohio, section of the Ohio & Erie National Heritage Canalway has been designated the Congressman Ralph Regula National Recreation Trail in honor of the Congressman who has championed its development as a recreational resource since the 1960s.

When the Ohio & Erie Canal opened in 1827, it was the first major canal west of the Appalachian Mountains. Along with New York’s Erie Canal, it quickly became part of the most important superhighway system of its day.

By connecting the Ohio frontier with New York and New Orleans, the Ohio & Erie Canal helped people and products flow across America, fueling westward expansion, a national market economy and regional industrial might.

Today, the Ohio & Erie Canalway is a National Heritage Area. In Stark County it is a place to experience trails, a scenic byway, canal towns, rivers, industrial landscapes and green spaces, as visitors explore our past, present and future. In Stark County trail visitors can explore historic Lock 4 Park, take a ride on a replica canal boat, and visit at least four museums that highlight the history of the canal era in northeast Ohio. A large tunnel takes hikers, bicyclists, and horseback riders under an active railroad; on another section of trail they pass by an inspirational bronze bust of former Senator and astronaut John Glenn who encourages to “reach for the stars.”