The 3.7-mile multi-use trail climbs to one of the few publicly accessible peaks in the San Francisco Bay Area. 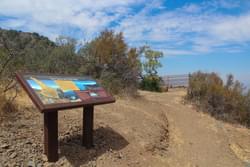 The Mount Umunhum Trail passes through chaparral, under pine and oak woodlands, and over the headwaters of Guadalupe Creek. The trail emerges near the rocky summit revealing 360-degree vistas of the valley below, ridgelines, and nearby peaks.

The mountain is sacred to local Native American people and is central to their creation story. “Umunhum” is an Ohlone word meaning, "resting place of the hummingbird.” The new 3.7-mile trail opened in September 2017, hosting over 1,00 people with guided tours of the trail and summit during the opening celebration.

The Midpeninsula Regional Open Space District, or Midpen, manages the mountaintop as part of the 18,000-acre Sierra Azul Open Space Preserve. In 2009, the federal government funded the cleanup of contaminants and approximately 80 deteriorating buildings that were once part of the Almaden Air Force Station, which operated between 1958 and 1980. During the Cold War, service members and their families lived atop the mountain keeping watch over the Pacific Ocean for Soviet attacks. A concrete radar tower from this period remains, and is visible throughout the region as a reminder of the mountain’s history.

Thanks to voters, who passed a local bond measure, Midpen recently restored the mountaintop and built the Mount Umunhum Trail, turning it into a world-class nature destination. The California Coastal Conservancy and the Bay Area Ridge Trail Council contributed $1 million in funding to the project. Over one million people live within view and a short drive of Mount Umunhum and the unique perspectives and connections to a rich natural and cultural history it offers. 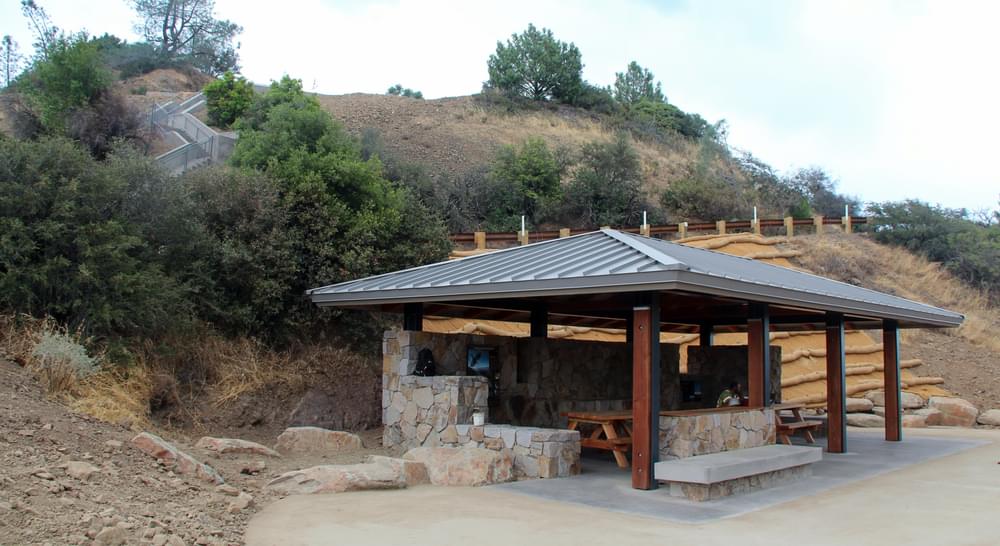 The trail is open to hikers, bikers and equestrians and maximizes visitors’ experience of views to the valley below and ridgelines above while staying under the canopy of mixed evergreen woodlands most of the time. Midpen built it with a gentle grade to make it enjoyable for all visitors. One-third of the way up is the Guadalupe Creek Overlook, which provides a natural place to pause, take in the sweeping views, read interpretive signs about humans' dependence on clean sources of drinking water, and learn about rare, endemic plants that thrive in the mountain’s serpentine soils.

Further along, visitors see the ruins of a trailside cabin belonging to the mysterious Lady of Mount Umunhum who lived there nearly a century ago. An interpretive sign tells her story. The last 0.2 miles cross a steep rock face that required steps and is limited to hikers. While not strenuous, it gives the feeling of summiting a mountain. Bicyclists have an easy climb up to the summit on a paved service road and equestrians have a hitching post and watering trough. Dogs are not allowed.

There are no fees for the trail or parking areas, and the facilities are open every day from 7:00 a.m. to one half hour after sunset. Rangers report a diversity of visitors enjoying the trail, on their own and through free, docent-led activities centered on health, fitness and education. Midpen embraces a wilderness ethic and there are no trashcans, water or food at the summit except for a non-potable water for the horse trough. Visitors must bring their own water, and pack out whatever they pack in.

Midpen prides itself on the craftsmanship and quality of its trails and Mount Umunhum’s steep terrain provided many challenges. Three bridges cross the headwaters of Guadalupe Creek. The bridge materials were flown in by helicopter and assembled on site. Using a helicopter both increased efficiency and reduced impact. At the rocky summit, reinforced concrete stairs were installed with a natural rock facade. In several sections, old road cuts were converted to beautiful, sustainable narrow trails. The trail was designed to limit erosion through easy grades and with regular drainage that will minimize maintenance. 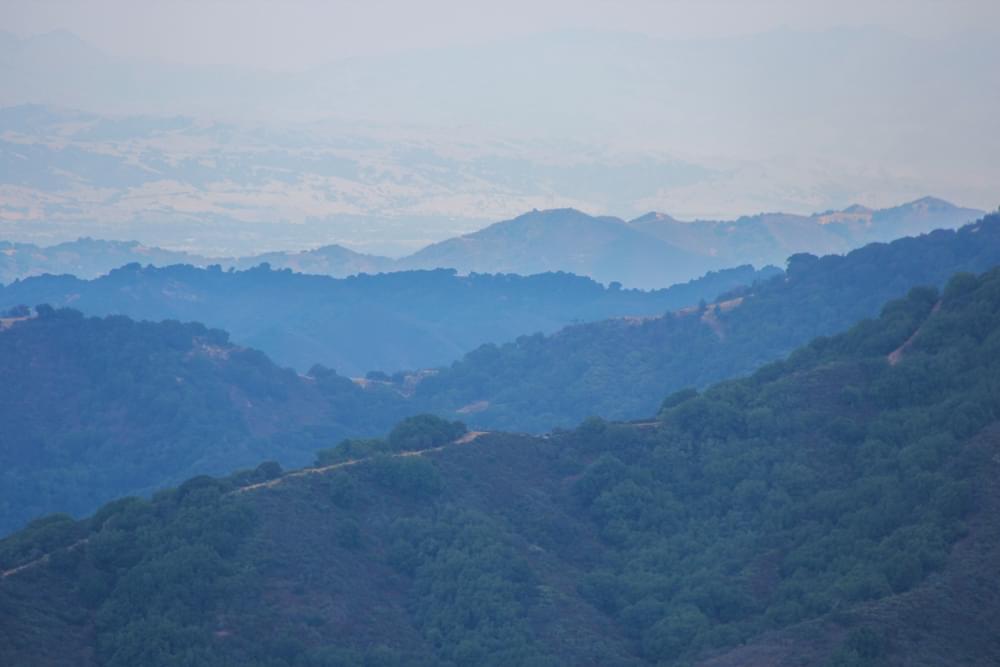 The Mount Umunhum Trail is the highest point in the Bay Area Ridge Trail, which circumnavigates the nine-county region. It also connects to nearby regional trails such as Almaden Quicksilver County Park’s trail system, and the Los Gatos Creek Trail, which connects to Los Gatos, Campbell and San Jose. More regional trail connections are planned, including to the coastal redwoods of Nisene Marks State Park and future connections to the bay.