The 7-mile trail near downtown San Antonio provides a beautiful, pastoral setting to enjoy nature, history, and recreation along the banks of the sinuous Medina River. 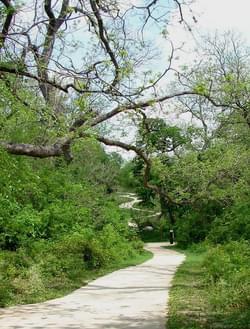 Switchbacks on the trail

The Howard W. Peak Greenway Trail System winds through urban as well as natural landscapes along many of San Antonio’s waterways. There are over 40 major trailheads and neighborhood connections to access the trail system around the city. The three major segments of the Greenway are the Leon Creek Greenway, the Salado Creek Greenway, and the Medina River Greenway each offering several miles of uninterrupted trails. In addition, the Greenway trails connect dozens of local parks and consist of approximately 1,450 acres of creek-side open space and natural areas.

The Medina River Greenway features seven miles of trail that stretches east from the Medina River Natural Area, located on State Highway 16, south of Lone Star Pass on the City’s south side. Here you will find large Cypress, Oak and Pecan trees growing along the flowing Medina River. The terrain is mostly easy, but includes switchbacks with slopes up to 8.3 percent in two locations.

The trail runs along a number of working farms which serve as a reminder about how important water is for human existence. The Medina River is a very important river for agriculture throughout this part of Texas and also regions of the famed Texas Hill Country. However, this portion of the river is increasingly being encroached upon by human development so the Greenway project in this area has the added benefit of preservation of riparian habitat.

The Greenway also mirrors a portion of El Camino Real de los Tejas National Historic Trail, which is administered by the National Park Service. If one looks closely, u-shaped depressions, known as swales, can be seen on either side of the hiking trail. These are remnants of the historic road, imprinted into the landscape over hundreds of years of time.

In other sectors of the San Antonio Greenway project, planners been creative in terms of slotting the trail and greenway into residual areas left over from haphazard development of the environment. The Medina River project has afforded the program the ability to be much more proactive in regard to areas purchased for protection. The goal is to purchase land, where possible, that has not been altered as a by-product of development or illegal dumping which has occurred along other waterways in more urban areas.

There also have been opportunities for public/private partnership and collaboration on this trail. Toyota graciously dedicated 650 acres to the program at the confluence of Leon Creek and the Medina River. As is well known, confluences are one of the most important areas that a greenway system can protect. 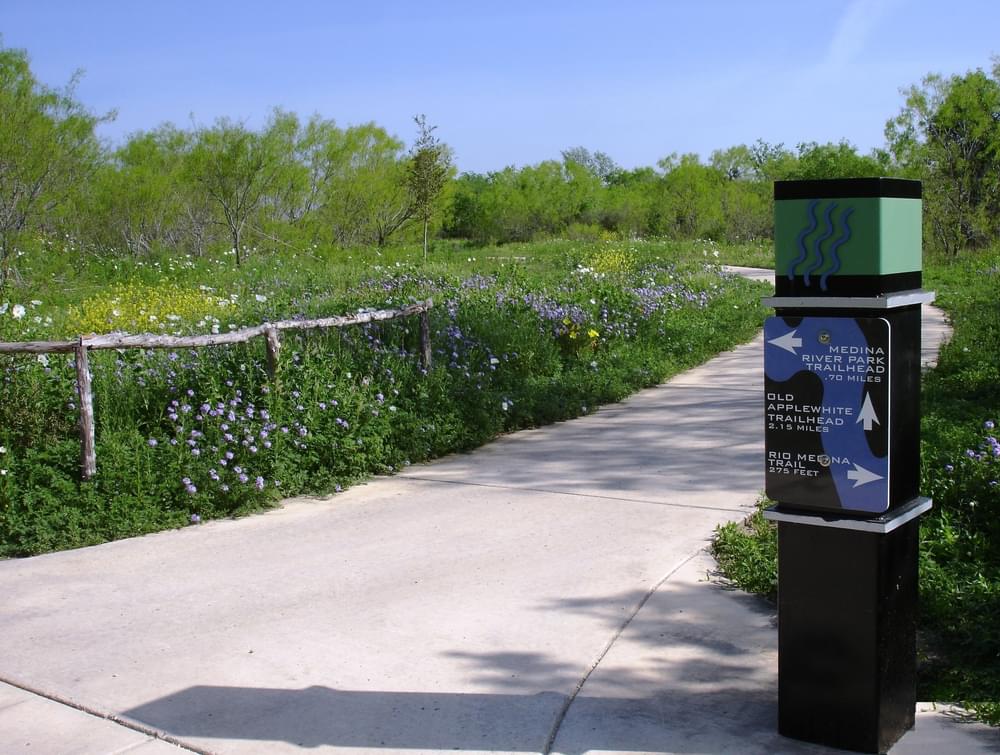 The City has also worked closely with Union Pacific Railroad to find ways to get people from one side of the rail track to the other safely. This was an exhaustive process that included many site visits and much debate about where the safest areas to cross would be. In the end, negotiators were able to work together to find a route that worked for both parties, but most importantly serviced the trail user with safety and scenery to the greatest extent possible.

The trail corridor is also significant because it protects an important natural and cultural resource. The Medina River area has been important for centuries as an agricultural area. Its place in history is evidenced by the remains of several cultures along its banks to include: Native American civilizations; ruins from the Spanish Colonial periods; the 1813 Battle of the Medina between Mexican/Tejano Separatists and Spanish Loyalists, two decades before Texas' fight for independence from Mexico. 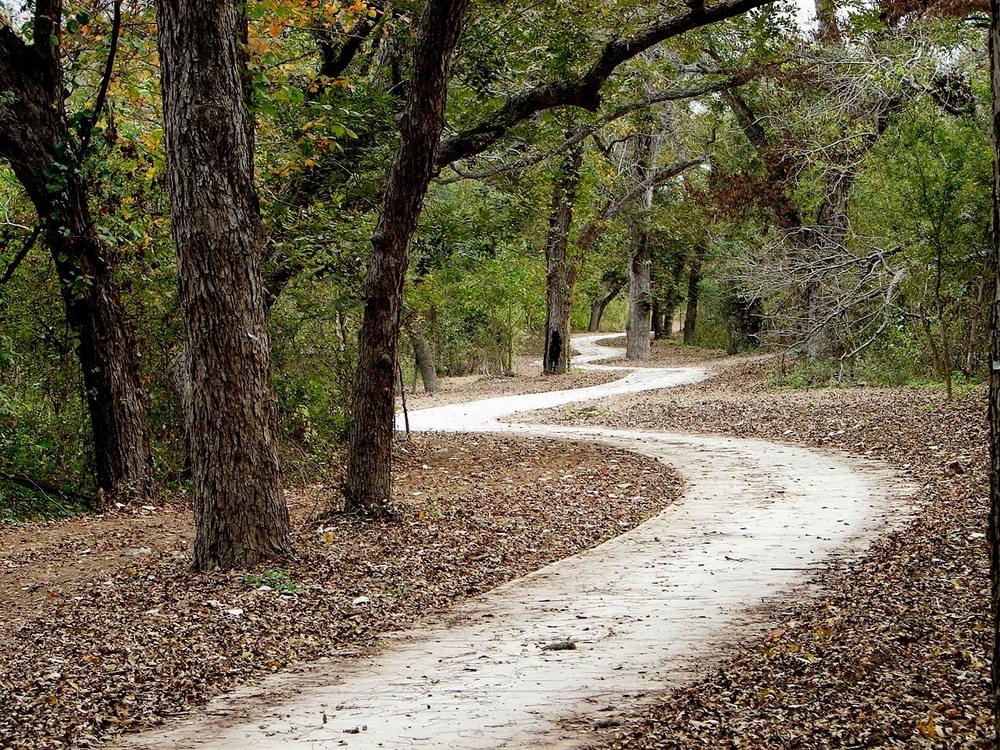 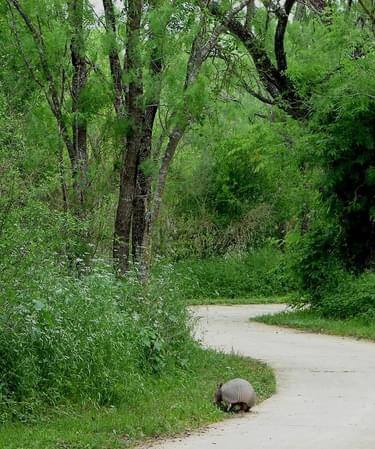 The most ancient of these civilizations are evidenced by the Richard Beene Archeological site; a site of regional and national importance yielding over 80,000 artifacts ranging from between the early to late archaic period. The site is one of several sites in North America to produce relatively complete archeological records from the last 10,000 years. The Medina Greenway also protects a regional fluvial ecosystem at or near the convergence of four major ecological zones to include the South Texas Plain, Blackland Prairie, Edwards Plateau, and Post Oak Savannah. The richness of ecological diversity is special in this area and worth preserving.

The Linear Park Creekway Development Program is funded through a sales tax approved by voters in 2000 and 2005. Over 1,300 acres of property along San Antonio creekways have been acquired for the program to date. Because San Antonio voters have continued to approve extensions of additional sales tax funding, approximately 30 miles of new trail will be developed to expand the existing trail system and create trail systems in new locations around San Antonio. Future plans include extending the trail eastward, connecting to Jim Mattox Park by the Mission Del Lago Golf Course and to the San Antonio River trails at Mission Espada.

In the Medina River Greenway's case, the program has been able to get in front of the development wave. The roots of development are starting to take shape in the area with the addition of Texas A&M - San Antonio, the Toyota Manufacturing Plant, and the formation of several master planned communities. Hopefully, the success of the Greenway program, which has many different, unique components to it, will preserve the enjoyment of these components individually and collectively far into the future.

These unique trails, partially funded by Recreational Trails Program (RTP) grants, promote the importance of literacy, a healthy lifestyle, and connecting with nature.

This National Recreation Trail is enjoyed by more than 350,000 hikers, cyclists, skaters, runners, and horseback riders every year.

The Maah Daah Hey Trail (MDHT) is a legendary 144-mile non-motorized, single-track trail that runs from Medora to south of Watford City in North Dakota.