Ku Stevens, A Runner with a Cause

The future looks bright for this self-motivated athlete with a social and environmental conscience. 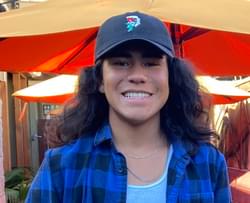 On a beautiful early fall afternoon, the sky a cloudless blue, I caught up with Ku Stevens in Eugene, Oregon. We sat at a wooden picnic table on the patio of a restaurant near campus. It was the weekend before the start of the fall term of his freshman year at the University of Oregon (UO). I wanted to find out how he is settling into his new environment after the exciting ride of the past year.

As a member of the UO's nationally ranked running program, Ku has already been on campus for about a month, so he has had time to get oriented to the best spots to eat on and off campus. He has developed a great fondness for clam chowder, a favorite when he visits the Oregon coast. Wearing a ballcap over his exuberant dark curls, and the calm self-possession of someone who exercises a lot, he tucked into a big bowl of chowder and a side of sweet potato fries.

I asked Ku to share some background on how he ended up here. "We played rezball a lot," Ku says, referring to playing basketball with his friends growing up. Although he is only 19, he seems mature beyond his years. Ku described the summer between his 7th and 8th-grade years as a turning point in his life. "I was spiraling," he says, having decided that in order to have friends, he needed to go along with a crackpot plan to set off fireworks on the lawn outside the fire marshal’s house. "It was totally crazy. My one friend and I ran away, but the other friend was caught." When he got home there were two patrol cars outside his house. He was grounded for weeks. At that time, he decided to cut off all ties with these friends. He didn't speak to them for a year. But he stayed active, running with his dad.

By sophomore year Ku was on pace to break a 4'20" mile. Then Covid hit, and his track and field training ended when his school coach joined the Navy. Ku was left to train on his own. He ran eight miles a day every day, through the dry Nevada landscape, remembering family stories about his great-grandfather Frank Quinn's childhood escapes from the Stewart Indian Boarding School. It was during this time of solo running and reflection that Ku decided to start an event called the Remembrance Run. This non-competitive run brings the community together to commemorate Ku's great-grandfather's 50-mile trek from school to the safety of his home when he was only eight years old. Ku is hopeful that the Remembrance Run will be funded again in 2023. Ultimately his goal is for it to end in a powwow.

"There is still a lot of awareness raising to be done," says Ku, referring to long-lasting generational trauma and the legacy of cultural erasure. The cemetery near Stewart School has about 200 unmarked graves, presumed to be those of children, alongside 170 marked grave sites. In 2021 Interior Secretary Deb Haaland announced an initiative to investigate unmarked graves near Indian schools in the United States but the issue has since faded from the news cycle. Meanwhile in nearby Minden, Nevada the "sundown siren" still blares daily, an uncomfortable reminder of the legacy of racism. Although the State of Nevada passed a law in June banning racially discriminatory mascots and outlawing the sounding of bells and sirens that are associated with sundown ordinances, there has been local resistance to ending the practice.

As Ku finished his meal, I asked him how he is liking Oregon and what the future holds. "I love the green here. Just the vines and bushes growing everywhere. It's a big change." He has traveled to California with the cross-country team and appreciates the environmental awareness of his fellow students. He is still considering what to major in, but he knows he would like to work at Nike in their N7 program which produces designs by and for the indigenous community.

I am looking forward to hearing more at Ku's keynote lecture at the International Trails Summit in Reno next April. Meanwhile, I asked if he could recommend a good book or movie, and he shared three. Prefontaine, Running Brave, and Bury My Heart at Wounded Knee.

Asked if he has any advice for those still sorting out their lives, he says, "It takes knowing what you want to do. Having an end goal in mind and keeping your mind and body healthy." 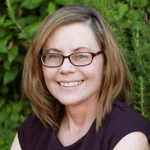 Corlett Landscape Architecture, LLC is dedicated to connecting people to place. The firm is committed to finding opportunities throughout the project process to engage stakeholders and community members, and to ensure that every project is responsive to the history and context of a given site. From project scoping through design, installation and follow up, we collaborate with the project team which may include planners, architects, civil engineers, way-finding and interpretive consultants, and other specialists such as scientists and artists.

The scope of services we offer includes master planning for trails, open spaces and landscapes, and site-scale design including storm-water, native plants and edible garden features for commercial, residential and public projects. We are also available to provide site analysis services and community engagement consulting.

Cathleen Corlett has been a licensed landscape architect since 2002. She holds an undergraduate degree from Wesleyan University and a Master’s in Landscape Architecture from the University of Oregon. She grew up skiing in the Colorado Rockies and spends her spare time creating art, gardening, hiking, skiing and botanizing.