The trail system was developed cooperatively by the City of Orange Beach and Gulf State Park (Alabama State Parks Division) to provide recreation and access to one of the last remaining maritime forest communities along the Alabama coast. 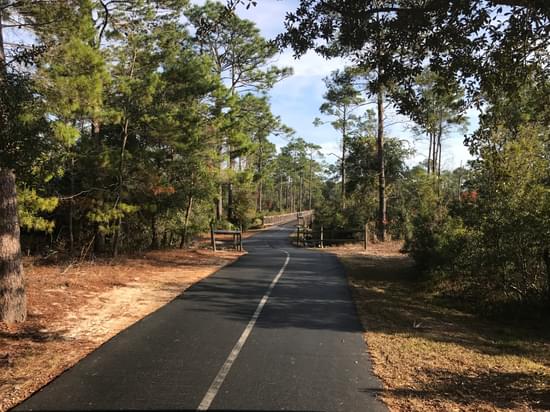 The Hugh S. Branyon Backcountry Trail is a multi-use, handicapped accessible asphalt and boardwalk trail that winds through the pristine coastal forests within the City of Orange Beach and Alabama's Gulf State Park. Nestled along freshwater lakes and streams less than a mile north of the Gulf of Mexico, the trail supports numerous uses, including walking, running, biking, roller blading, nature hikes and bird watching. The trail is named after the director of Gulf State Park Hugh S. Branyon in honor of his vision to improve public access to the diverse spectrum of nature.

The trail stretches along the unspoiled coastal lowland area of Alabama's Gulf Coast. The City of Orange Beach and Alabama State Parks forged a partnership in 2003 to open the first 1.75-mile leg along the historic Catman Road. The trail has expanded to 7.5 miles of paved walkways with three trailheads, fullservice restrooms, a screened, covered picnic pavilion and a butterfly garden. A volunteer citizens' advisory committee provides input and resources for development and preservation of the trail. 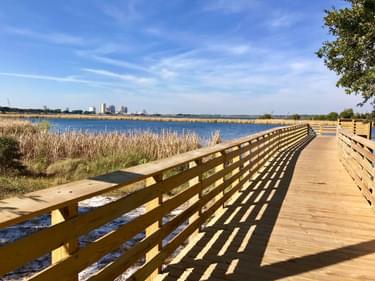 From Roads to Trails

The Branyon trail system began with a "Roads to Trails" project on County Road 2 ("Catman Road"). As the town of Gulf Shores grew, and Highway 182 was developed, the Alabama Department of Transportation dropped the designation of County Road as the route fell into disuse. Gulf State Park developed part of the route into the existing campground. Park Superintendent Hugh Branyon began working on plans to turn the remainder of the old road into a hiking and biking route.

Hurricane Fredric in 1979 severely damaged the Gulf State Park. Attention and all available funds were committed to repair the park facilities and the trail project was put on hold. Trees and grass began to slowly take over the roadway.

"Every once in a while, someone wandered along the road and thought: 'This would make a great bike trail!' That is exactly what happened in 2002 when Phillip West, the Environmental Planner for the City of Orange Beach, rediscovered the potential of Catman Road. With permission from Gulf State Park, West immediately began to secure funding from Federal Transportation Enhancement and Recreational Trail funds. The first grant, totaling $50,000, was used to clean off the old road and pave it. This small two-mile stretch of trail was an instant success with locals and visitors."

Seasonal residents and visitors to the Gulf State Park frequently use the Backcountry Trail system. The majority of these guests are senior citizens. In addition to the recreational benefits of the Backcountry Trail system, visitors frequently use the trail to access the City of Orange Beach municipal complex, and the local United States Post Office. The proposed improvements of Rattlesnake Ridge Trail and Campground Road will provide a safe and accessible walking and bike path and serve as an addition to the Backcountry Trail system that can be used by pedestrian guests, access for forest and wildlife management activities, emergencies, trail maintenance, and serve as a firebreak.

One section of the Branyon trail system is Rattlesnake Ridge Trail. Currently a narrow trail with a sand and gravel roadbed, is not an easily accessible trail. The Alabama Department of Transportation is providing an American Recovery and Reinvestment Act of 2009 highway project grant to pave the Rattlesmake Trail at a cost of $377,911. A second project, the Amber Isle Connection, will also be paved. The specifications include a geo-textile separation fabric, six inches of crushed aggregate base, and 1-1/2 inches of improved bituminous concrete. The grant amount is $304,836.