This 7.9-mile rail connects historic forts built to defend the nation's capital during the Civil War. 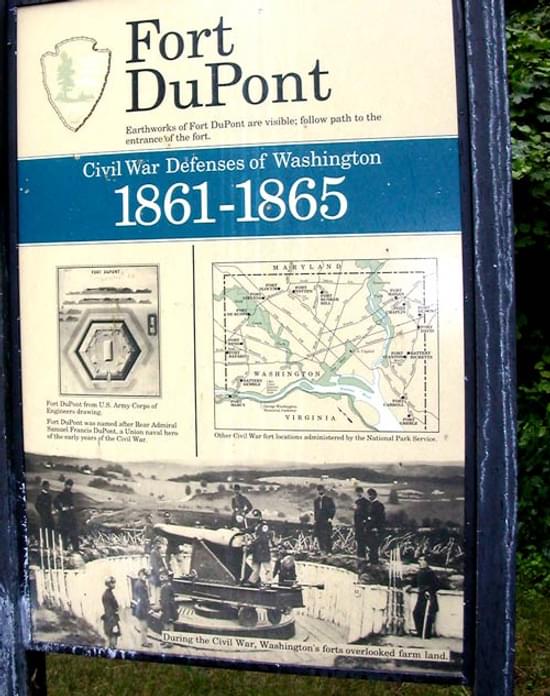 The trail runs along the hilltops across the Anacostia River, in the southeast part of District of Columbia. It follows part of the chain of forts which guarded bridges, Capitol Hill, and naval installations from likely enemy approaches through southern Maryland.

The historic features are collectively known as the Civil War Defenses of Washington, or the "Fort Circle Parks." Additional fort sites encircling the District are administered by Rock Creek Park, as well as Fort Marcy along George Washington Memorial Parkway.

The Fort Circle Trail connects a surprising expanse of natural open space in this highly urban area. It runs along the traces of old roadways, through forests of oaks, beech, maples, and pine. Squirrels and rabbits find homes along with the night foragers— raccoons and opossums. The pink lady-slipper orchid blooms in quiet shade. 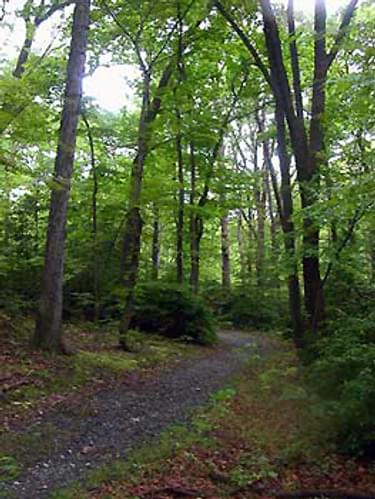 Woodlands along the trail include oak, beech, and hickory; photo by Stuart Macdonald

The trail surface is natural earth with some improved sections. Parts of the trail are paved with asphalt. In the Fort Chaplin section, the trail was restored with Federal Highway Administration funds in cooperation with the National Park Service and the District of Columbia Department of Recreation and Parks.

The Fort Circle Trail was one of the first National Recreation Trails to be designated. The National Park Service reported on the event:

The Fort DuPont Activity Center at Minnesota Avenue and Randle Circle, SE, offers exhibits and park rangers lead workshops and walks. Neighboring schools bring young students for nature study and to learn about special people, cultural traditions, and holiday events. The center's showcases display uniforms and equipment of black soldiers who served the Union in the Civil War. Summer days are alive with children participating in a Junior Ranger program. Weekend jazz concerts, free to all, draw people to the lawns around the outdoor summer stage. Call (202) 426-7723 for current events. 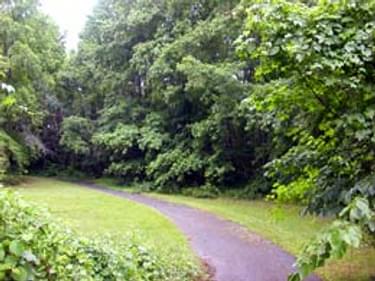 The trail is also part of the American Discovery Trail as it winds its way from Chesapeake Bay to Georgetown.

The areas in and around many of these forts are also significant in African American history, as many freed slaves moved there before and during the Civil War. Fort Stevens was site of Vinegar Hill, the first Black settlement in Washington, and the adjacent Military Road School, originally established in Union Army barracks to educate freed slaves.