Responsible equestrians should actively protect trees and other park structures when out on the trail. Equine expert Lora Goerlich gives her take on this topic. 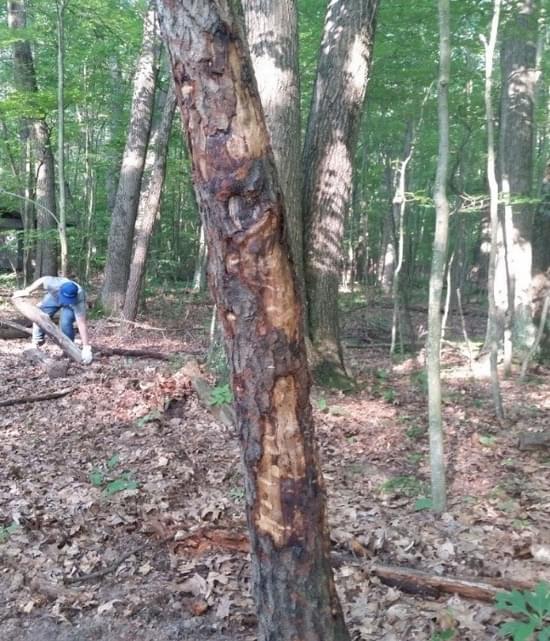 Damage on trees over a three-month period when hitching posts were being upgraded at an equestrian rest area.

Damage on trees over a three-month period when hitching posts were being upgraded at an equestrian rest area.

The grass (and legume) grazing equines we know today were once browsers. Woody vegetation, fruits, nuts and select leafy plants made up the bulk of their diet and throughout their 50-55 million years of physical change, a small percentage of horses have retained the inclination to browse, though today it is not considered a positive trait especially if they gnaw away at stall walls, fence, shade trees or anything they can get their teeth on. Humans call it a vice or unwanted behavior. The reasons a horse chews wood may be known or unknown but typically this behavior is an indication of more deep-seated (often human induced) problems such as past trauma from being starved; current conditions of not enough forage; frustration; or boredom from too much time inside, confined by stall walls. On the trail, the reasons might include nervousness, frustration, boredom, being tied next to an aggressive horse or pain due to ill-fitting tack. Concave gnaw marks left behind are unsightly and damaging which is why trail riders must be diligent in curbing their wood whittler’s behavior while on public land. Hitching post and fence rail damage at a day rest area over a three-month period when hitching posts were being upgraded at an equestrian rest area.

De-barking, wood whittling horses create gaping, gnarly tree wounds that are visible for many years, showing clear evidence of careless etiquette. Removal of bark will eventually kill subjected trees by cutting off nutrient flow from the leaves to the roots. The open wounds also make a prime environment for disease and insect incubation. Currently, Oak Wilt (in red oak species) is a major concern. Oak Wilt is caused by a fungus that infects trees through wounds and by root grafting. Once a tree is infected, fungal spores can be spread by insects who have come in contact with the fungus; inadvertently transporting it to other trees. This is an oversimplified explanation of a complex disease. Hitching post whittlers reduce the overall usable timeframe while simultaneously eroding the structural integrity of posts and rails that they repeatedly chew.

Humane options to curb whittling and protect park structures may include, holding the horse in hand, on a lead rope instead of tying; taking shorter breaks, loosening the girth (remember to adjust it before re-mounting) or tying next to a buddy. Additionally, tying horses to fence rails, mounting platform rails, park benches, picnic tables or any unapproved structures is not safe because most are not built to withstand the force of a panicked horse pulling backward. All will break effortlessly at the weakest point. The result could be disastrous for the horse, rider and/or bystanders. Imagine all the scenarios of a horse running wildly with broken pieces of fence, boards or metal dangling at the end of its tie rope - impalement, broken bones, running into traffic…

Make choices that create less work for park staff and protect flora and fauna. Inclusion, no matter the type, is a privilege. 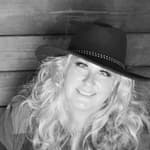 Lora has been a trail rider and horse owner since 1986 and has ridden, started and re-schooled a variety of horses in various disciplines. Current trail mounts include a Tennessee Walker gelding and a Warmblood cross, gelding. You might also find her hiking, cycling, kayaking or camping with and without horses.