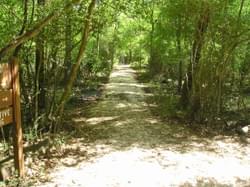 A section of new trail with improved surface and drainage

A section of new trail with improved surface and drainage

Armand Bayou Nature Center (ABNC) near Pasadena, Texas, is one of the nation's largest urban wilderness preserves. Major restoration work is required approximately once each decade as the trail materials, drainage systems, trail furniture and interpretive materials reach the end of their service life.

A portion of the trail system was previous rehabilitated and extended with a Recreational Trails Program grant in 2000. Hurricane Ike in 2008 compounded the need by washing out trail segments, blocking the trails with multiple blowdowns and obliterating the trails when adjacent root wads were torn up.

After the damage from Hurricane Ike, FEMA funding help remove logs and debris blocking the trail, but the cleanup actually aggravated the trail surface damage. The Hiking Trail Restoration project was planned to resurface and retrofit as much of the five-mile trail complex as the available funding would allow.

This project resurfaced three miles of trails, replaced trail amenities, and revised interpretive signage. The $163,643 final project value exceeded the $141,245 budget estimate by 16%; however, the total grant paid direct cost of construction was only $103,291 or 91% of the approved grant, thanks to a $60,352 sponsor match. Aerial view of the Bayou property

The ABNC trail network consists of several loop trails that transect our wetland habitats. Raised and drained trail surfaces are important for accessibility, and require periodic maintenance to raise the trail surfaces above the frequently inundated prairie and forest floor.

The nonprofit ABNC manages over 2,500 acres of Harris County public park land to protect native plants and animals increasingly threatened by development in the country's fastest growing metropolitan region. ABNC has developed over five miles of primitive hiking trail loops through the vanishing wetland prairie and forest habitats, and along the banks of the last natural bayou in the Houston region.

ABNC is surrounded by urban development. Bounded by Houston's petrochemical industry, the NASA Johnson Space Center, the University of Houston Clear Lake, and the residential and commercial developments of Clear Lake, Houston and Pasadena, Texas, ABNC preserves some of the largest remaining tracts of coastal tallgrass prairie, coastal flatwood forest and natural channel bayou waters in the region. 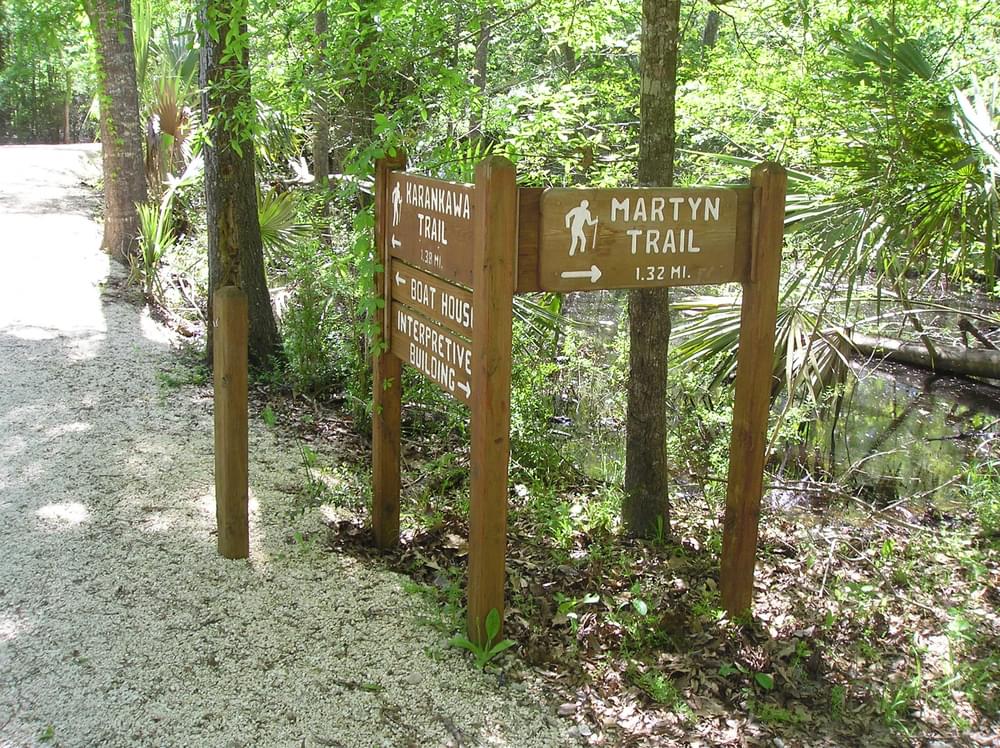 The land is owned by Harris County and included in the Precinct 2 Park inventory, and through a public-private partnership agreement has been under ABNC management for over four decades. It is rather remarkable that such a wild place can be so easily accessible to such a large urban population. and can be operated in such a cost-effective manner.

ABNC averages 20,000 visitors to its trail system each year, and another 9,000 students use the trails for a variety of classes and environmental programs during the year. Almost 3,500 business and community leaders attended meetings at ABNC during 2014 and had the chance to wander the trail system during their programs. Many of those trail users are urban or suburban dwellers with little familiarity with wild places. ABNC is often their only access to nearby nature, providing them with an outdoor hiking experience just minutes from their homes or businesses.

The Hiking Trail Restoration project was awarded with total budget of $141,245 including a 20% local match of $28,249, which was expected to cover staff and volunteer involvement along with materials purchases and limited consulting services. ABNC volunteer contributions resulted in avoiding almost $10,000 in purchased architectural/engineering and resource assessment costs. 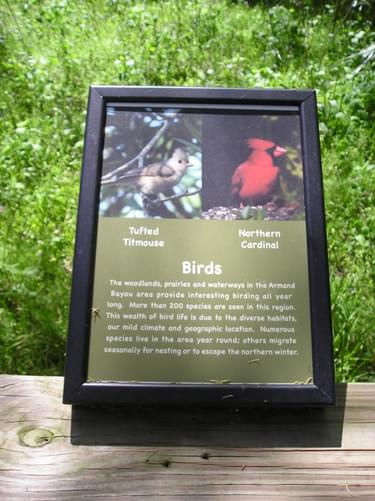 Example of interpretive installations along the trail

ABNC was also able to secure much larger donations of construction materials and services than anticipated, which allowed a reallocation of direct construction costs to improved construction techniques and extending the length of trail to be restored.

The final project was valued at $163,644 with direct costs of only $103,291 and sponsor match soaring to $60,353 or 37%. Awarded originally on the merit of need and reasonable expense, the Hiking Trail Restoration Project became a notable example of grant fund leveraging.

The leveraging was the result not of fundraising by ABNC, but rather of engaging community and government partners to contribute their time, talent and resources at no cost to the project. ABNC's regular corps of volunteers constructed all of new trail furniture and in all the interpretive upgrades. A local vendor of recycled materials, Southern Crushed Concrete, donated $24,316 worth of trail sub-base material.

The Harris County Road & Bridge Department hauled the donated crushed concrete to the site at a value of $19,568 and then performed $16,468 worth of trail construction services without charging the project. The avoided costs were then reallocated to the purchase of additional trail topping material and specialized trail construction services. We would be remiss to not acknowledge that the successful bidder for the construction contract offered a very aggressive and competitive initial bid and was responsive to later change orders that expanded the project without cost increases.

The Hiking Trail Restoration Project demonstrates how a private nonprofit can partner with local county government and collaborate with private enterprise to achieve exceptionally cost effective trail rehabilitation and significantly enhance community linkage at one of the nation's largest urban wilderness preserves.