The Ann and Roy Butler Hike & Bike Trail is one of the most well-used trails in America. Formerly called Town Lake Trail. 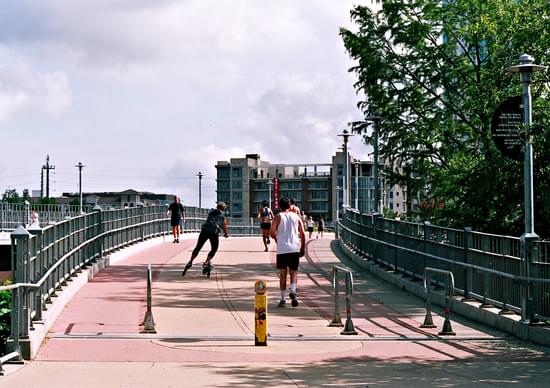 Town Lake— now called Lady Bird Lake— bisects the center of downtown Austin, Texas, and is surrounded by 10 miles of hiking and biking trails, with access to parks, nature centers and wilderness preserves.

The Ann and Roy Butler Hike & Bike Trail is one of the most natural, fitness friendly hike and bike paths in an urban area anywhere in the United States. It's Austin's most memorable tourist attraction and Central Texas' link between north and south and east and west. The Trail is the central meeting point for recreation, concerts, fairs, the arts, and family gatherings. With its diverse and unifying role, the park is a critical ingredient to what makes Austin a "livable" city and is a key element of what makes Austinites proud to call this city home. Scenic downtown location along linear lake, lots of use. Millions of bats live under a major bridge— Congress Street— crossing over the trail.

The trail came to life during the 1970s thanks to a public-private civic effort led by the Citizen’s Committee for a More Beautiful Town Lake and its Honorary Chairwoman, Lady Bird Johnson.

In 2003, the Town Lake Trail Foundation (now The Trail Foundation) was formed to continue the work of the Citizen’s Committee and ensure that the Trail remains one of Austin’s outstanding places. 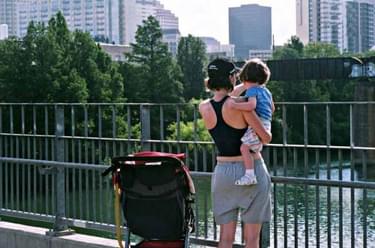 Recently, members of The Trail Foundation have helped bring:

Austin Parks and Recreation Department conducted a survey in the 2003 in order to learn more about trail users, and how to improve their experience.

Butch Smith, who helped with the survey, noted:

“Early one July morning, I stationed myself near one of the busiest trailheads to launch the survey. As I watched the many young and fit runners go through a pre-run warm up, the thought came to mind that this trail has probably replaced the bar scene as a place for singles to get together.

"But then, as I looked around, I noticed people of all walks of life on the trail. There were older people out for a stroll, dog walkers, moms pushing baby strollers, bicycle riders, and friends walking along deep in conversation. In our fast paced, automobile-based society, it is hard for people to come together and share their time. Evidently, people have found this opportunity out on the Town Lake Trail and they are enjoying the experience.”

Austin was the site of the 2004 National Trails Symposium. Hundreds of trail enthusiasts from around America had the opportunity to walk or bike the trail during the national conference on trails and greenways.