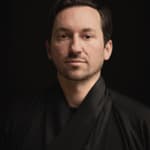 Matt is one of Bhutan’s longest residing non-natives with a personal relationship with Bhutan that dates back to his childhood. Along with His Royal Highness Jigyel Ugyen Wangchuck, Matt is the founder of MyBhutan; Bhutan’s boutique luxury travel designer and outfitter which allows for select guests to explore deeper into Bhutan. Matt is also the founder of Beyul Labs. Partnered with the Bhutan National Bank and endorsed by the Royal Government, Beyul Labs is leading a digital transformation for Bhutan’s service industries through a series of products that includes Bhutan’s first online payment gateway for foreign customers.

Matt and his companies also fund and implement various nonprofit projects including a historic national preservation initiative co-led by Princess Kesang T. Choden Wangchuck and Matt to document, digitize and archive Bhutan’s tangible cultural art and religious history, a reforestation project that is estimated to plant over 80,000 tree saplings before EOY 2023, the introduction of baseball in Bhutan and the establishment of it as Bhutan’s 17th national sport, and the founding of The Explorers Club Bhutan Chapter —which Matt still chairs — aiming to cultivate local talent for science and exploration. Unrelated to his work, Matt also serves as the U.S. State Department Warden of Bhutan.

As an avid explorer, Matt has surveyed some the least traveled regions of the Himalayas. His expeditions have reached beyond Bhutan as well. In 2019, Matt received the Citation of Merit from the Explorers Club for his expedition that covered 1,300 miles of the Gobi Desert with the Mongolian Academy of Sciences in a first to apply NASA imaging and mapping technologies. The expedition made major headlines for discovering 3 new dinosaur species, over 250 new fossil locations and scores of specimens.