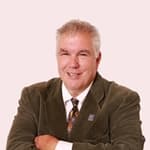 Craig Della Penna is the Executive Director with Norwottuck Network, an Associate Broker with The Murphys Realtors, Trailside Team, as well as the Owner of Sugar Maple Trailside Inn in Florence, MA.

For 12 years, Craig marketed rail freight and operated New England’s largest and most successful railroad-owned, transloading facility—Railroad Distribution Services, Inc. For seven years, he worked for Rails-to-Trails Conservancy as their New England Field Representative focusing on the policy end of building rail trails as well as public outreach. Today he is a successful Realtor, the fist realtor in the US specializing in the sale of property near to rail trails.

Having given well over 1,200 lectures in 21 states and Canadian provinces, Craig is one of the countries most sought after motivational speakers on the economic development, tourism, and community development aspect of rail-trails, and their leveraging small amounts of public dollars to redevelop forgotten or derelict lands into treasured places. He is also the author of five books and numerous op-ed/guest editorials on the value of smart growth development, and rail-trails. In their 10th anniversary issue, THE RIDE MAGAZINE named him as the most effective advocate for rail-to-trail conversions on the eastern seaboard. He has also written the forward to three other books on rail trails and has been featured as a case-study in five books for, creative marketing, 21st century branding, etc.

He and his wife Kathleen, operate an award-winning bed & breakfast in a restored, Civil War era house where the restoration was so extreme, it was featured on HGTV. The house sits 8 feet from one of the earliest muni-built rail trails in New England. And within 150 miles of his house sits the densest network of former steam RR corridor in the US. He also is reassembling the longest rail trail in the Northeast. The Mass Central Rail Trail, which runs 100+ miles from Boston to Northampton, Mass. This directly connects with 17 other trails over the 104+ miles. And he publishes the most widely read, free monthly eNewsletter about trails.