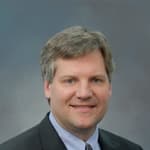 Andy Beers was appointed Director of the Empire State Trail (EST) program in May, 2017. He is an employee of the Hudson River Valley Greenway, responsible for overseeing the statewide EST initiative. He served as the Executive Deputy Commissioner of the New York State Office of Parks, Recreation and Historic Preservation from 2007 to 2017, where he was responsible for overseeing agency administration, policies, and park operations.

Prior to joining State Parks, Andy worked for seventeen years at the New York State Office of The Nature Conservancy. He received his undergraduate degree from Colgate University and a Masters Degree from the Department of Natural Resources at Cornell University.