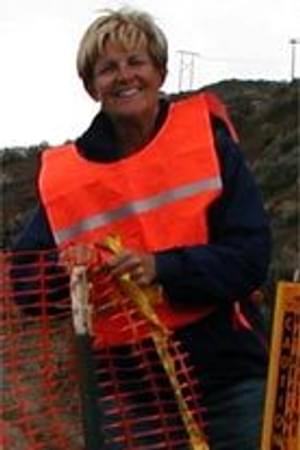 Janet Carson, Project Manager for the Tahoe-Pyramid Bikeway, is a gal who makes things happen.

The Tahoe-Pyramid Bikeway is fulfilling a vision of following the Truckee River by foot or by bicycle from its source at forested Lake Tahoe to its desert terminus, Pyramid Lake.

Progress is underway on laying out the remaining section of the trail; Janet wrote a Recreational Trails Program grant request with Nevada State Parks to pay for the work, and is partnering with the Tribe and Truckee Meadows Trails Association to implement this section. Janet's grant request for $486,000 from Nevada Q1 Grant Fund to build the Bridge at Pioneer Crossing was approved! If all goes well, the bridge may be built this year!