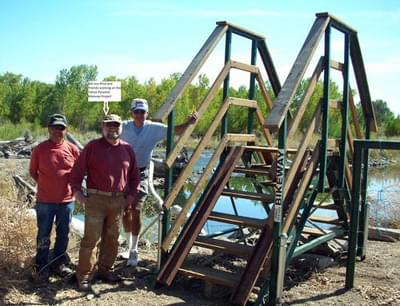 Bill von Phul has worked tirelessly in an effort to promote and sustain quality parks, trails, and open space in Nevada.

Mr. von Phul's contribution to his community and our parks is extensive. From the boardroom to blazing new trails, he has contributed time, energy and personal funds to create long standing improvements to parks and trails that will benefit generations of Nevadans.

As a member of the County's Open Space and Regional Parks Commission, von Phul is a strong advocate for the preservation of open space and was involved in the creation of the Regional Open Space and Natural Resource Management Plan. He often takes part in the selection process for hiring consultants for park contracts.

Bill von Phul is a volunteer extraordinaire. He is often seen at one of our regional parks with pruners and rake in hand, helping with park and trail maintenance until late in the evening. One of the early supporters of Washoe County's Adopt-a Park Program, he spearheaded the adoption of one of our .most popular regional parks then recruited additional adopting organizations for other parks and continues to promote this important program throughout the region. The Adopt-a-Park program provides invaluable public support for our parks during the current budget crisis.

He gives his support to numerous local non-profits whose endeavors support' the parks department's mission. He is extremely active in Keep Truckee Meadows Beautiful- a non-profit dedicated to creating a cleaner, more beautiful region- by serving on their Illegal Dumping Task Force and as a project leader for annual community-wide cleanups. 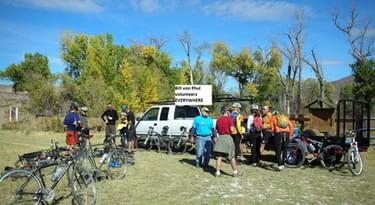 As a board member for the Truckee Meadows Trails Association, he is an active trail builder and team leader for many projects that directly benefit the County's public trail system. He works as a crew leader during large volunteer workdays and helps community members who have no prior experience building trails to successfully contribute to the project. Without his assistance many of the County's popular trails would be in a state of serious disrepair, or not exist at all.

After a disastrous wildland fire last November, which burned the trail bridges at Washoe County's Bartley Ranch Regional Park, Bill von Phul purchased the necessary supplies to replace the bridges and then proceeded to . do the construction himself, allowing a very popular trail system to reopen quickly Bill von Phul is active with all aspects of the ongoing Tahoe-Pyramid Bikeway effort. He has undertaken many projects, some at his own expense, to help get their mission to create continuous recreational bike path from Lake Tahoe to Pyramid Lake. He contributes innovative solutions to complicated problems and is always willing to research solutions on his own time in order to advance the project.

This nomination endorsement provides just a glimpse of Bill von Phul's multiple efforts to increase the public benefit of parks and trails in northern Nevada. Always willing to go the extra mile, his unprecedented level of individual assistance to the mission of Washoe County Regional Park is worthy and deserving of recognition through the Trail Advocacy Award.