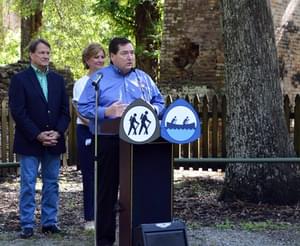 Lieutenant Governor Billy Nungesser has been a recreational trails advocate and builder for over a decade.

Lt. Gov. Nungesser worked to establish the first two motorized trails facilities in Louisiana that are owned and operated by a local government.

The Plaquemines Off-road Park offers 15 miles of trails on 300 acres. There is a Motocross track and two mud bogs, and camping is also available.

In 2015 he also worked to establish and support a non-motorized trails facility for hiking and horseback riding in the New Orleans metropolitan area.