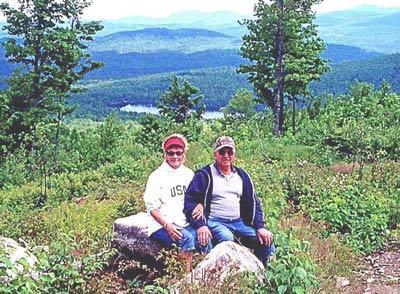 Emile and Rita are some of the founding members of the Millsfield Pond ATV Club.

They spend countless hours working on the trails in the Millsfield area. Emile has been a strong advocate of the both sports (Snowmobiling and ATVing) over the past decade and continues annually to be the most common sight on the very popular OHRV trails in northern NH.

In the winter Emile volunteers to groom the trails for the White Mountain Ridge Runners. In the summer you can find both of them out working on the trails 7 days a week. They just don't stop.

Emile is always willing to help anyone that needs a hand. The trails under Emile’s stewardship are consistently signed and maintained better most other trails in the County. He is absolutely dedicated to his trail network, club and the landowners that permit the public OHRV use of their lands.

It is very common for State staff to run into Emile going to, working on, or returning from working on the trails. Though a few years older than most of his club members he is the one moving the most and leading the charge to get projects completed.

His counterpart, coworker, and occasional supervisor is his wife, Rita. The two of them make a dominant trail maintaining force in NH. They are very active in the fundraising for the ATV club. They always have something to sell you so they can raise money for the club