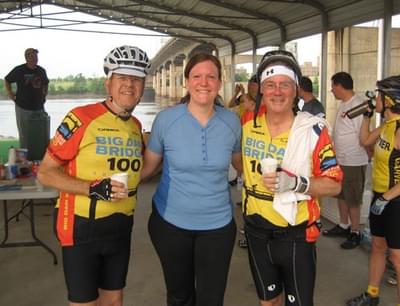 Mayor Hays has been in office since 1988 working towards improving North Little Rock’s built environment.

Mayor Hays revitalized a dilapidated downtown center, established a Master Bike Plan, and especially focused his efforts on expanding North Little Rock’s trail system.Under Mayor Hays’ governance, the North Little Rock portion of the Arkansas River Trail (7.5 miles) was completed, spanning from the new Clinton Presidential Library Bridge in the east to the Big Dam Bridge in the west. Mayor Hays worked closely with Pulaski County Judge Buddy Villines and Little Rock’s City administration to connect the Little Rock and North Little Rock River Trails through a series of new bike/pedestrian bridges. These are all existing structures: the Clinton Presidential Bridge and Junction Bridge over old railroad bridges, and the Big Dam Bridge over the Murray Lock and Dam. At 4,226 linear feet, the Big Dam Bridge is the nation’s longest bridge dedicated exclusively to bike and pedestrian use.

The River Trail has brought a wide variety of benefits to North Little Rock and Central Arkansas. It has created a cycling culture that barely existed before its construction, allowing hundreds of individuals, including seniors and Mayor Hays himself, to become more physically active.

There are many accounts of residents losing substantial body weight thanks to their use of the River Trail, including one airplane pilot who lost 100 pounds (saving his own life, according to his doctor), and another man who has walked over 2,700 miles this year, all of it on the River Trail. Businesses such as Garver Engineering and Orbea Bicycles have cited the River Trail and the resulting connectivity and bike commuting options as a deciding factor in their choice to locate in North Little Rock. The City is becoming a destination for both visitors and young transplants looking for a new hometown with high quality of life and recreational opportunities.

Burns Park, one of the country’s largest municipal parks, also saw a vast expansion of its trail system under Mayor Hays. Mayor Hays added 23.5 miles of trail, which serve not only cyclists and pedestrians, but other users such as hikers, bird watchers, and mountain bikers. He leveraged private donations and federal grants to enhance a rich natural environment, and his personal love of the outdoors is demonstrated by his naming two nature trails after his granddaughters, Savannah Lou and Isabella Jo. 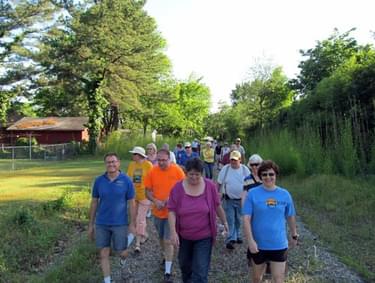 Most recently, the City acquired an abandoned railroad spur for the express purpose of converting it into a bike/pedestrian trail. Again, Mayor Hays leveraged a combination of private donations from Union Pacific, City investments and transportation grant funding to provide drainage, lighting, paving and signage along the southern 1.5 miles of the railroad right-of-way (Phase 1). The trail is located in the Levy neighborhood of North Little Rock, where walking or biking is a necessity for many residents. Levy is also home to an above-average number of wheelchair users.

Phase 1 of the Levy Spur Trail runs parallel to Camp Robinson Road, Levy’s main commercial strip, and thus will increase safety and access for pedestrians and cyclists traveling to their shopping, employment, or service destinations. The trail has already increased residents’ pride in their neighborhood. Sherri Dodd, a long-time Levy resident who has lost 50 pounds from her use of the trail alone, stated that “the trail made a difference in our decision to stay in North Little Rock.”

The Mayor and Planning Director are actively pursuing grant funds to complete Phase 2 of Levy Trail construction, which will add another 2.5 miles to the paved portion of the trail and create a crucial connection to the rest of North Little Rock’s Bike Plan and to cities to the north and west.