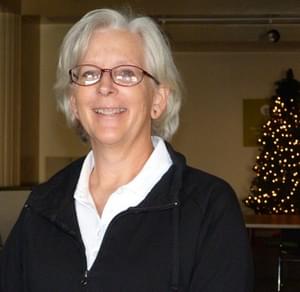 Erin Wiggins has been employed with the Tuscaloosa County Park and Recreation Authority (PARA) since 1999, and currently serves as the Community Planning and Development Manager.

Erin is a staunch supporter of trail development in the Tuscaloosa County area, which includes the Cities of Tuscaloosa and Northport. Erin is a recreation planner, but she also spends a great deal of her time involved in hands-on project work. Erin understands the value of recreational trails, in terms of both increased quality of life and as an economic engine, and she does not hesitate to share her visions of trail development.

Since June 2010, Erin has been involved in the following recreational trail projects:

Queen City National Recreation Trail in the City of Tuscaloosa. Erin obtained grant funds to rehabilitate and enhance a 1930’s era WPA built trail, including the restoration of historically significant trail amenities. Through the use of in-kind and volunteer labor, she was able to stretch the grant proceeds to include the construction of a bridge to connect the trail to the heavily used Tuscaloosa Riverwalk.

Faucett Brothers Park Multi-Use Trail. By using in-kind and donated labor and materials, Erin was able to increase the original scope of this LWCF funded park project to include a multi-use crushed limestone trail in the City of Northport.

PARA Trail Equipment Bank. Using an RTP grant and local funds, Erin developed a trail construction and maintenance equipment “bank,” whereby PARA and local qualified trail groups can use hand and power equipment for trails. PARA provides the use of hand tools at no charge, and provides powered equipment (skid-steer, mini skid-steer) for the cost of the operator. PARA has provided equipment to the Birmingham Urban Mountain Pedalers (BUMP) and the West Alabama Mountain Bike Association (WAMBA) for trail construction at Sokol Park in the City of Northport, Lake Lurleen State Park in northern Tuscaloosa County, and Tannehill Historic State Park in eastern Tuscaloosa County.

Sokol Park Pump Track. Erin obtained a monetary gift from a local citizen wanting to see outdoor recreation opportunities for youth increased; Erin then applied for and secured a LWCF grant for PARA using the gift money as the local match. The project is a pump track trailhead facility for the Sokol Park Mountain Bike Trail System in the City of Northport, the first of such facilities in west Alabama and only the second public pump track in the entire state.

Erin is a supporter of the National Recreation Trails program and was instrumental in obtaining an NRT designation for the Queen City Trail.

April 27, 2011, was a tragic day in the history of Tuscaloosa and Tuscaloosa County, when a strong and deadly tornado struck the area. However, the plans for rebuilding the affected areas include new greenways and trails, and Erin has been heavily involved in this process.