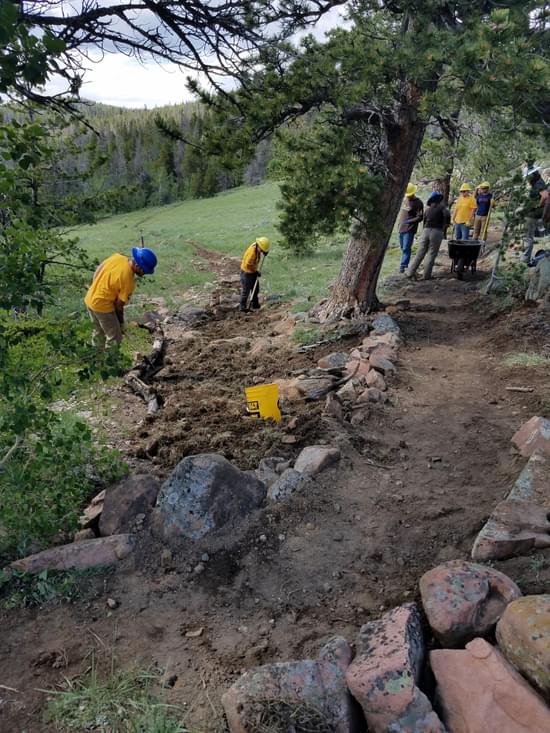 Located between Laramie and Cheyenne, the 55,000-acre Pole Mountain Unit on the Medicine Bow-Routt National Forest is a treasured resource for outdoor recreation and trails. Pole Mountain provides the closest public lands to these two large Wyoming communities, and increasingly is a destination for visitors from the Colorado front range and travelers along Interstate 80.

Pole Mountain trails are experiencing increasingly high levels of use year-round, but the trail system evolved over time, and it was never designed to function as a modern front country trail system. Significant portions of the existing trails are damaged and unsustainable, requiring a major effort to maintain, rehabilitate, design, and construct a sustainable system of multi-use trails.

Recognizing the opportunity for a world-class trail system, Wyoming Pathways partnered with the University of Wyoming in 2016 to co-host an all-day intensive public Trail Charrette that developed a framework for cooperation on the major trail improvements necessary. The initial planning effort engaged approximately 100 community members, Wyoming State agencies, the Governor’s Office, and staff representatives of the Wyoming Congressional Delegation. 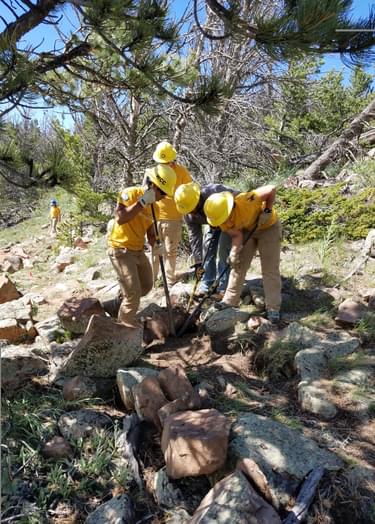 Due in part to these efforts, the Pole Mountain Trails were included in the USDA Priority Trails Initiative as part of the Wyoming Forest Gateway Communities Project that was selected as one of 15 National Priority Trail focus areas. The selection of priority areas follows the National Forest System Trails Stewardship Act of 2016, which was introduced by Sen. Enzi and U.S. Senator Michael Bennet, D-Colo., in the Senate and by former Wyoming Representative Cynthia Lummis in the House. U.S. Senator John Barrasso, R-Wyo., was also a cosponsor of the bill.

In total the Pole Mountain Trail project completed nearly 10,000 lineal feet of rerouted new trail sections on the Headquarters National Recreation Trail and the Middle Aspen Trail, plus restoration of the abandoned damaged old trail segments. These trails are now restored to sustainable standards and open for public use, with positive public feedback on the trail quality and user enjoyment. The project relocated damaged trails from wet gullies to more sustainable locations, helping reduce soil erosion and damage to natural resources.

The project was fully completed in 2018, with significant cooperation between Wyoming Pathways, the US Forest Service, trail crews, and local volunteers. A hybrid trail build method combined a professional trail builder with a small trail machine leading the work, with a WCC hand crew following behind, creating high quality singletrack trail. The local community volunteer groups also contributed toward achieving the objectives of the project.

The Pole Mountain Trails are multi-use trails with significant corridor sharing. The trails are heavily used by hikers, mountain bikers, equestrians, trail runners and by cross-country skiers, snowshoers and fat bikers in the winter. The Pole Mountain trail project is supported by all the user groups, which is helping facilitate and encourage education for safe shared-trail uses. 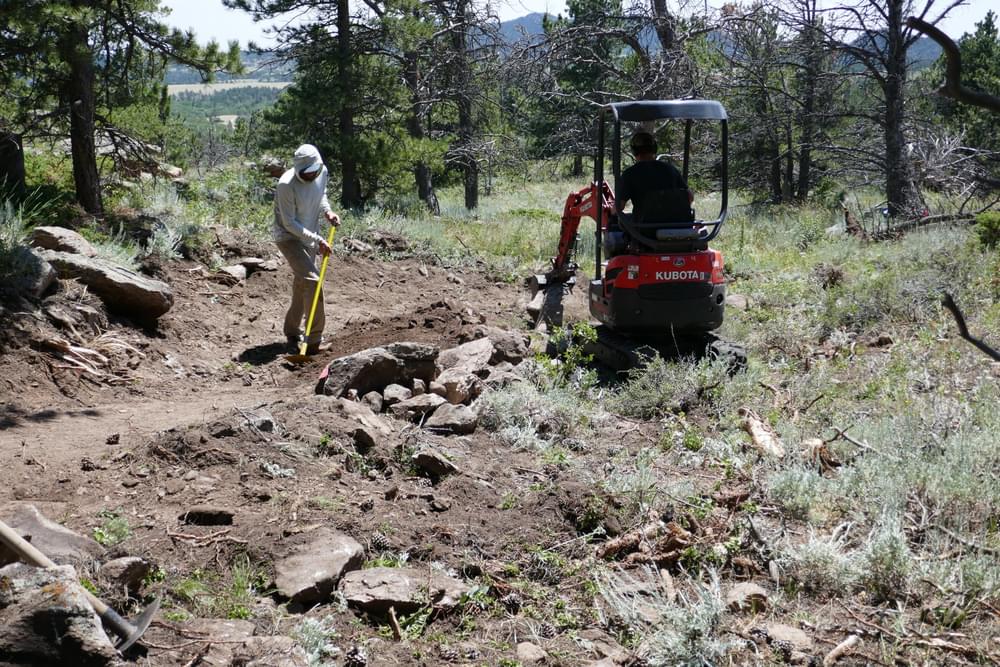 In addition to the direct RTP-funded improvements, the Pole Mountain Trail Project has been transformative for the future of trails and partnerships with the Laramie and Cheyenne communities. The project is considered a great success by public and private participants, with results including the formation of a new non-profit “friends” organization known as Common Outdoor Ground (COG) that sponsored numerous volunteer “Dig Days” to rehabilitate the rerouted trails, and which will provide future volunteer labor resources for trails projects on the Pole Mountain trail system under an on-going agreement with USFS.

The project has also reinforced the USFS partnerships with the local bike community and Nordic ski association, to provide ongoing volunteer trail maintenance at Pole Mountain. Without the RTP funding that initiated this work, these sustained partnership efforts may not have been realized.

Building on the success to date, Wyoming Pathways and the Laramie Ranger District are partnering on a new 2019 Pole Mountain project to continue the next phase of trail work needed. On the planning side, the Laramie Ranger District is starting work on a comprehensive nonmotorized Travel Plan for the entire Pole Mountain trail system, including major community trail connections with Pilot Hill.

Community linkage is an important aspect of the Pole Mountain Trail project. In a coordinated effort, the Laramie community has launched the ambitious Pilot Hill Project, which is in the process to acquire 5,500 acres of private land for a new public open space park that will soon connect the City of Laramie directly with the USFS public lands on Pole Mountain. This will create the opportunity for an interconnected world-class 100-mile trail system with a wide range of trail challenges and accessibility for all users and abilities to enjoy quality sustainable close to home trails.