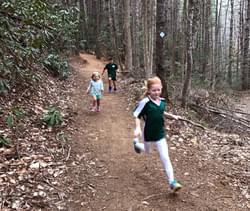 The Fonta Flora State Trail is an 80-mile proposed trail that connects Morganton to Asheville, North Carolina. It also includes a 30-mile loop trail around Lake James which is currently being constructed by Burke County. Trail segments are built as funding from a variety of sources is secured. 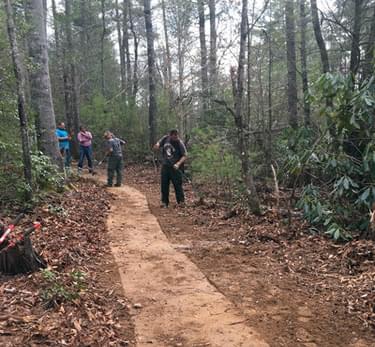 The Trail Connector provides a connection between all trails in the region, which in the immediate vicinity include the Overmountain Victory National Historic Trail, the Linville Gorge and Lake James State Park trail systems. The connection with the MST provides long distance adventures to other public lands such as Stone Mountain State Park, Mount Mitchell State Park, Grandfather Mountain State Park, Pisgah National Forest, and eventually when the MST is complete, the Great Smoky Mountains National Park, and Cape Hatteras National Seashore.

The Fonta Flora State Trail - Lake James Loop section connects a County Park, State Park, National Historic Trail, and easements that cross private campgrounds, residential developments and Duke Energy lands. The trail connector traverses public Game Lands owned and managed by the NCWRC. Burke County and the NCWRC executed a Memorandum of Understanding that addressed construction, management, and maintenance of the trail to increase access to the public lands and trail systems in the region. This primary partnership between two governmental agencies and additional partnerships with other state and federal government agencies, private individuals, and property owner associations has opened up an endless number of opportunities for local residents and visitors to access and use the public lands in the area for hiking, mountain biking, hunting, and bird watching. 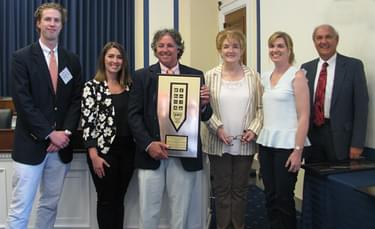 The success of this RTP project has depended on support from local government officials for the concept of the Trail Connector and cooperation by a multitude of agency personnel at the local (county), state, and federal levels. Planning for the project was completed by a diverse stakeholder group.

Trail design and layout was completed by NC State Parks staff. Access to the land was agreed to and provided by the NCWRC. Initial corridor clearing and construction of the trail route was completed by the NC Forest Service Young Offenders Forest Conservation Program (BRIDGE) crews and Burke County.

A trail contractor from the Professional TrailBuilders Association completed final construction of the trail connector. Burke County provided matching funds and project administration and oversight for the RTP grant and trail construction.

The Mountains-to-Sea State Trail/Fonta Flora State Trail Connector RTP project exemplifies successful public-private partnerships that have increased access to and use of federal, state, and local public lands. The project also involved engagement of local elected officials and agency personnel. Hopefully, the result of these successes will be more funded RTP projects on nearby public lands that will build off of and complement the growing trail system.