The Arizona Program reflects a dynamic cultural shift that includes all of the components of a model program which is user driven.

The CRT is very pleased to present an Achievement Award for Outstanding State Trail Program. The winner was chosen by members of the National Association of State Park Directors, which is particularly appropriate because, in most states, the state park agency administers the RTP.

We greatly appreciate the assistance of both the NASPD’s Awards Committee, chaired by Kris Marek, Director of Oklahoma State Parks, and NASPD’s Executive Director Lewis Ledford.

In 2014, the RTP Grants Program was not close to a model program. It was recovering from significant recession-related cuts in staffing and support. The team was behind in their work. Project sponsors struggled with an extremely complex grant process. And trail-community partnerships were in terrible shape, hampering any ability to enhance trail-based recreation in the state.

The transformation began under the guidance of the new Grants Lead, Mickey Rogers, a 30-year veteran of the Maine State Parks system, who brought his skills and experience to Arizona at a crucial time. This award recognizes that transformation. 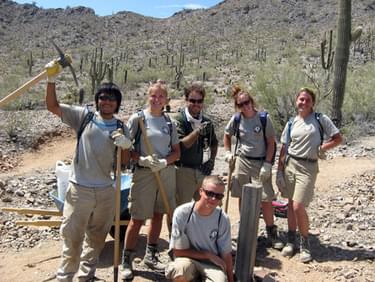 Here are just some of the important changes that were made: 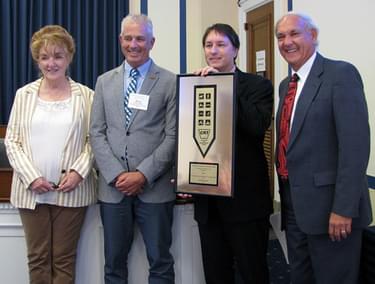 We would like to share the message we received from the NASPD Awards Committee when they announced their selection: “The Arizona Program reflects a dynamic cultural shift that includes all of the components of a model program which is user driven. There is great energy, enthusiasm and creativity in the Arizona operation which is extremely desirable for staff, sponsors, program beneficiaries and advocates.”