Trainings in Your Inbox 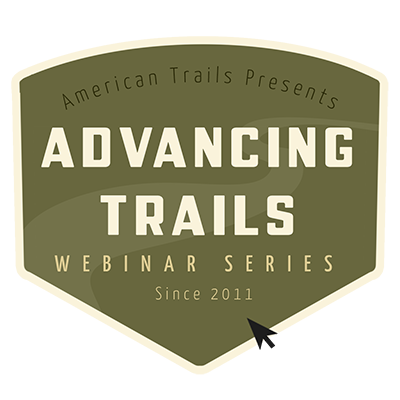 This webinar introduce a variety of innovative approaches to resolving trail user conflicts and to review some of these management techniques. We will also look at the obligations land managers and trail users have to help resolve trail conflicts.

FREE for members
FREE for nonmembers

This webinar is free. Would you consider a donation to support this webinar? 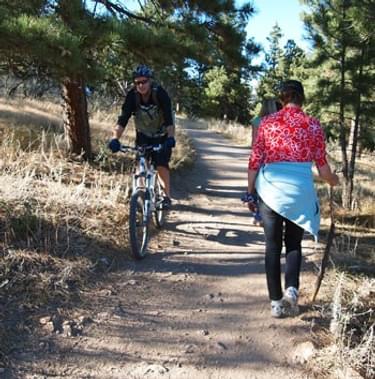 Managing Trail User Conflict – Why Can’t We All Just Get Along?

When I first started my career with the U.S. Forest Service over 33 years ago, trail user conflicts were virtually unheard of. Hiking and horseback riding were likely the predominant uses of the majority of trails located on federal, state, and even local lands and there were enough miles of trail for everyone to enjoy without encountering a lot of other users and other types of use.

Beginning sometime around the mid 1970’s and up until today, the number of trail users began to increase sharply as people increasingly sought out the outdoors for recreation and its associated physical and mental benefits. At the same time that user numbers were increasing, new equipment began to come on line that allowed for different types of trail use. This new equipment included mountain bikes and off highway vehicles. Over time, these new trail “toys” became increasingly sophisticated and were capable of going deeper into the forest on increasingly difficult trails and at increasingly higher speeds.

In addition to new types of trail related equipment, trail outfitters began to introduce new animals to the trail. While horses remain the primary animal used on trails, these new breeds, including llamas, goats, and others were so new that many trail users did not know how to deal with them when they were encountered on the trail. In some cases, those who use these new types of trail “stock” became increasingly concerned with encounters they were experiencing on the trail.
While user conflicts were initially more of an annoyance, as the number of trail users increased over time and new trail equipment came on line, the frequency and intensity of user conflicts began to increase at a corresponding rate. What was initially an issue that land managers could ignore, user conflicts got to the point where people were becoming less and less tolerant of other users that chose to hit the trail using some of the newer methods.

Eventually, trail conflicts escalated from mere annoyances to instances involving sometimes serious accidents to violence. Over the last 30 years or so, land managers have come to realize that they can no longer ignore what were once infrequent trail conflicts and that they had to play an active role in resolving trail user differences. Dedicated to serving the public for over three decades, Steve held a variety of increasingly responsible positions with the U.S. Forest Service. In his final nine years before retiring, Steve was the Director of Recreation, Heritage, and Wilderness resources for the 22-million acre, five-state Rocky Mountain Region. In this position, Steve directed the full spectrum of federal land management agency outdoor recreation, heritage, and wilderness projects and efforts. This included management of over 525 campgrounds, 17,000 miles of motorized and non-motorized trails, construction of the Continental Divide Trail, oversight and review of ski area proposals, the protection and interpretation of prehistoric and historic cultural resources, and management of 48 Congressionally designated wilderness areas.

Steve brought innovation and entrepreneurship to the Forest Service that created lasting partnerships involving other federal agencies, state, county and local governments, advocacy groups, non-profits, and hundreds of individuals. He is now continuing his career as a partner in Chinook Associates, LLC, a firm committed to the design, development, and management of natural resources, parks, protected areas and recreational trail systems.

We are offering closed captioning for our webinars, thanks to a partnership with VZP Digital. If you are in need of this service, please email us prior to the webinar. An unedited transcript will be sent to all attendees following the webinar.

While we may individually agree (or disagree) in whole or in part with any or all of the participants, the views expressed in these webinars are not necessarily representative of the views of American Trails as an organization or its board and staff. Unless specific situations are noted by presenters, nothing in American Trails webinars should be considered to be interpreted as a standard.

By registering for this webinar, you submit your information to the webinar organizer and associated presenters and sponsors, who may use it to communicate with you regarding this event and their other services. You can easily cancel your registration at any time.