This National Recreation Trail is enjoyed by more than 350,000 hikers, cyclists, skaters, runners, and horseback riders every year. 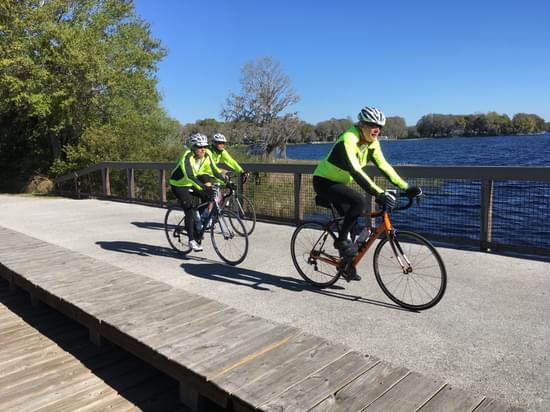 The 47-mile-long route of the Withlacoochee State Trail is steeped in history going back to pre-Columbian native peoples, Hernando de Soto’s trek north in 1536, Seminole Indian Wars in the 1830’s, and a phosphate mining boom and Henry B. Plant’s railroad from the 1890s.

Now an award-winning rail-trail, the Withlacoochee State Trail is enjoyed by more than 350,000 hikers, cyclists, skaters, runners, and horseback riders every year.

The corridor was one of the first purchased under the Florida Rails to Trails Program in the 1980’s. Managed by the Florida Park Service, the WST is officially designated as part of Florida's Statewide System of Greenways and Trails.

The WST is a 12-foot wide, paved trail with modern facilities at six trailheads, in addition to many county and city parks. An unpaved equestrian trail parallels portions of the paved trail. The WST connects three counties (Citrus, Hernando and Pasco) and offers an enjoyable, varied journey through small towns, parks, forest, ranches and natural communities. The quaint, historic towns of Trilby, Nobleton, Floral City, Hernando, and Inverness stand in peaceful contrast to the theme parks and bustling atmosphere of Central Florida – and the provide opportunities to get some ice cream, a cold beer, a meal or quick snack.

Like most rail-trails in Florida, the WST is generally flat, offering an easy ride or run for all skill levels. Reminders of the Trail's historic railroad activity include original cement mileposts and whistle markers, the Lake Henderson Trestle (rebuilt by trail volunteers in 2013) and the historic 1892 Inverness Depot. The Trail's extremely dedicated volunteer group, The Friends of the Withlacoochee State Trail (formerly Rails to Trails of the Withlacoochee, Inc.) relocated and restored a 1925 caboose for the Inverness trailhead. The Friends have also enhanced the Trail with interpretive signage highlighting points of interest and natural resources, bluebird nest boxes, and many picnic shelters, covered tables, and benches along the entire length of the trail. A favorite photo spot is in front of the iconic mural in Inverness, which features some of the wildlife that can be seen along the trail. The mural was created by volunteers.

The word “Withlacoochee” is an Indian word meaning "crooked river”; the trail roughly follows the path of the Withlacoochee River, its floodplain and the Tsala Apopka chain of lakes.

As it winds through six distinct natural communities, the WST offers rich opportunities for viewing wildlife. The diverse habitats of upland mixed forests, sand hill and wetland communities are home to gopher tortoises and other native plant and animal species. Trail users regularly report glimpses of bobcats, river otters, coyotes, turkeys, deer, squirrels, bears, alligators, and a great variety of snakes, birds and insects. During the summer months, trail users thrill at the sight of families of swallow-tailed kites soaring above. Endangered red-cockaded woodpeckers and indigo snakes are occasionally seen along the trail.

The Trail traverses a region that offers many other outstanding recreational opportunities: the unpaved and motorized trails in the Croom area of the Withlacoochee State Forest; the Withlacoochee River Canoe Trail; swimming and camping at Fort Cooper State Park; camping, fishing and boating at Silver Lake in the Withlacoochee State Forest; swimming at Hernando Beach County Park and Wallace Brooks Park; a fishing pier at Wallace Brooks Parks; picnicking and river access at Nobleton Wayside Park and the Floral Park day use area, which boasts a disk golf course. A whimsical new playground was opened adjacent to the trail at Liberty Park in Inverness in 2019.

The WST is part of the Heart of Florida Loop and the Coast to Coast (C2C) Connector. It connects to the Good Neighbor Trail near Mile 11, giving trail users easy access to Brooksville and the Suncoast Trail. It connects to the north with the Dunnellon section of the Marjorie Harris Carr Cross Florida Greenway, and to the south to a widewalk bordering US301 south to Dade City and Zephyrhills. At mile 36 in the town of Hernando, Citrus County’s Cross-County Trail intersects, giving safe access to Crystal River.

Annual Bike Ride on the Withlacoochee State Trail occurs annually on the first Sunday in October. The event is sponsored by the Friends of the Withlacoochee State Trail to raise funds for trail improvements, as well as to give cyclists a fully supported and very enjoyable experience on the WST. About 1000 riders of all levels choose their own distance up to a full century, and enjoy both breakfast and lunch at the Inverness Trailhead. This is widely known as the “cookie ride” for the treats available at each of seven rest stops. 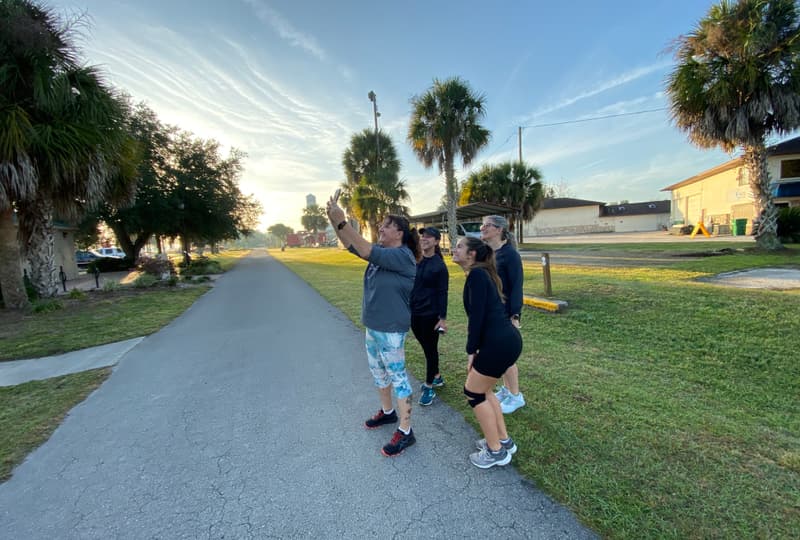 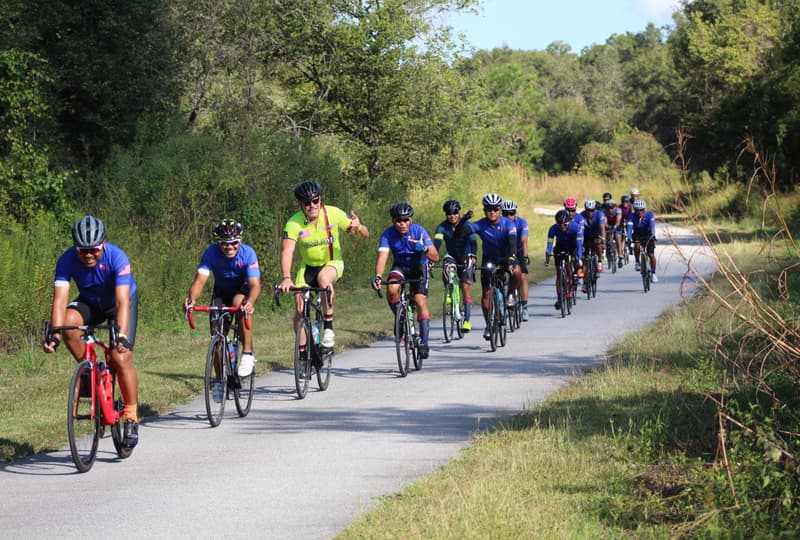 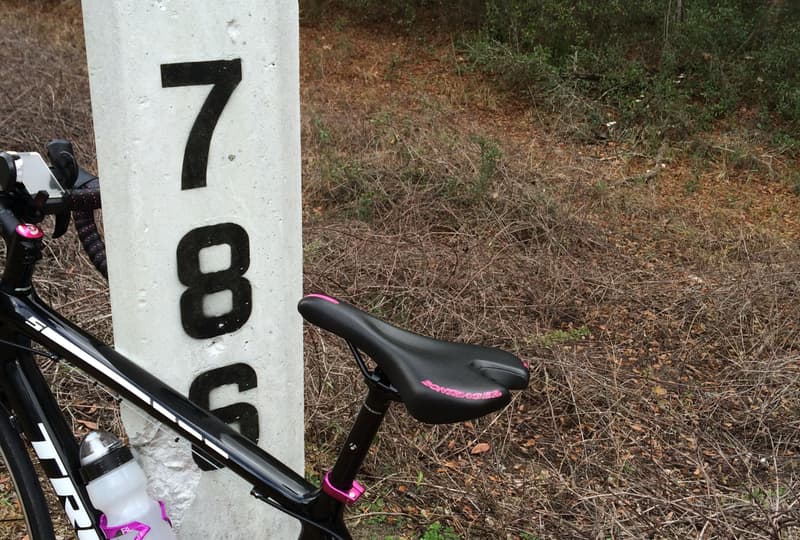 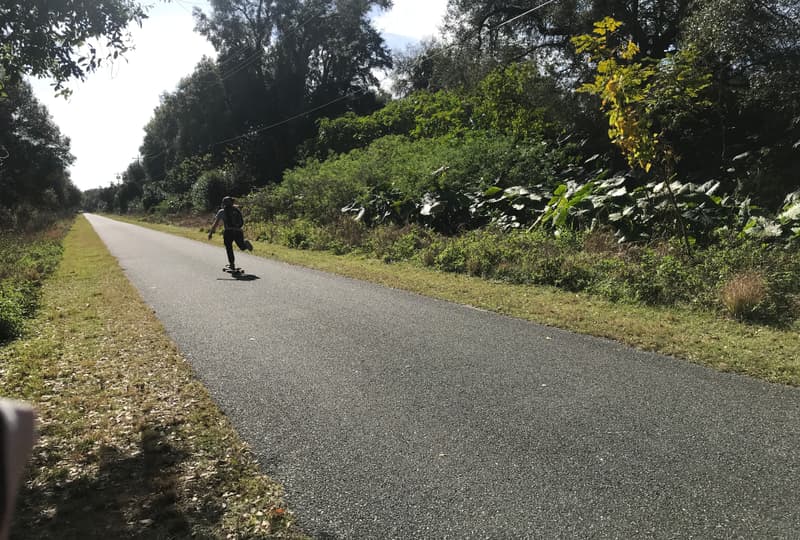 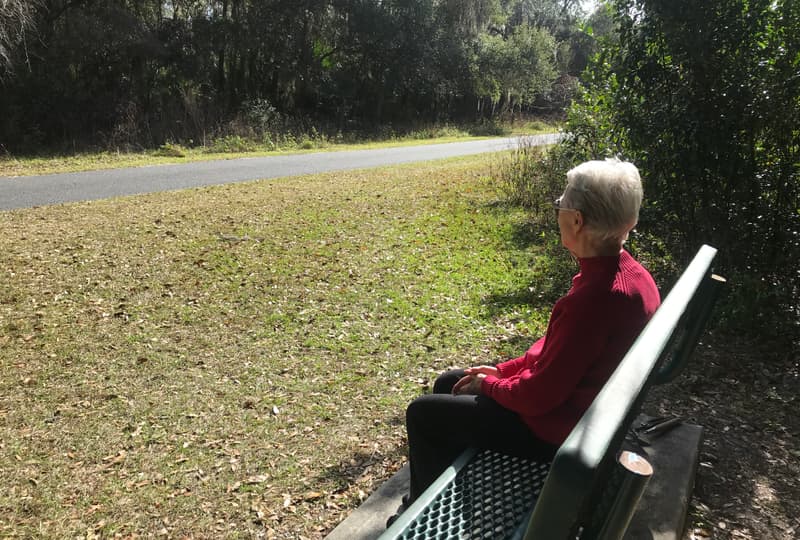 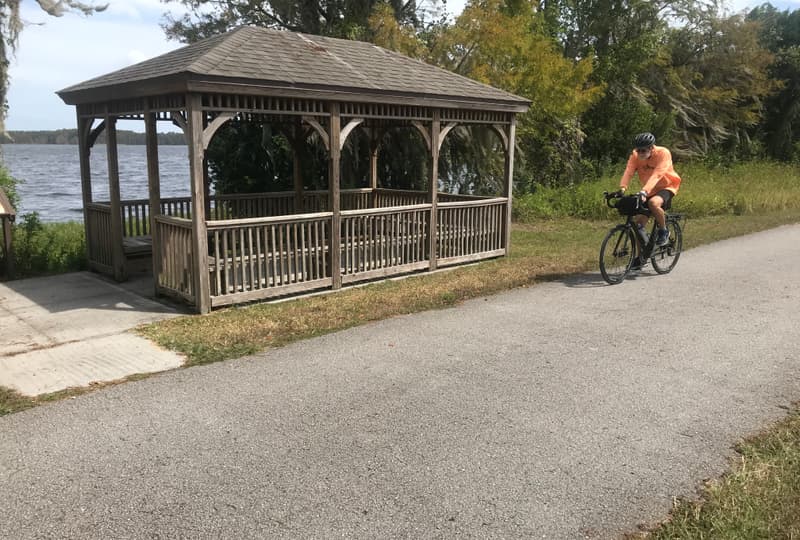 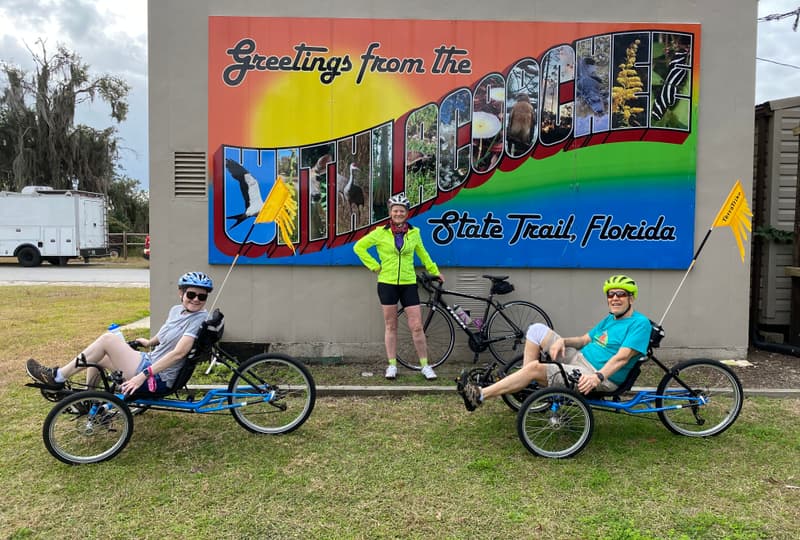 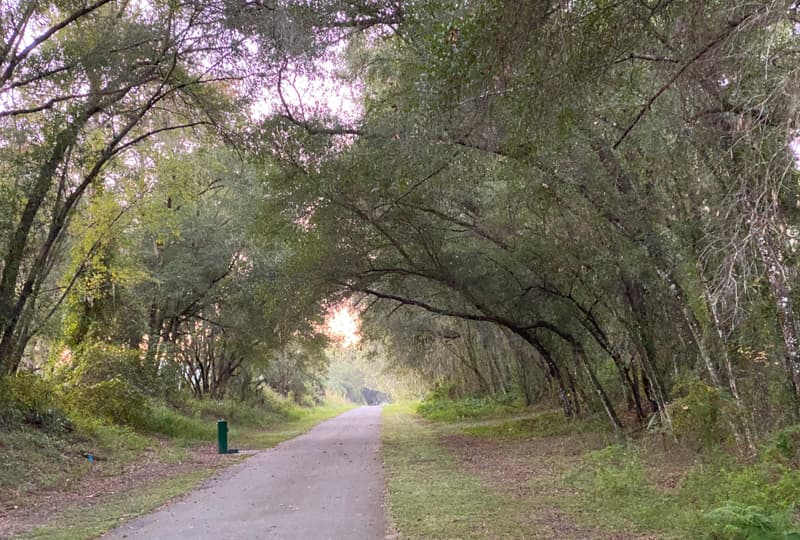 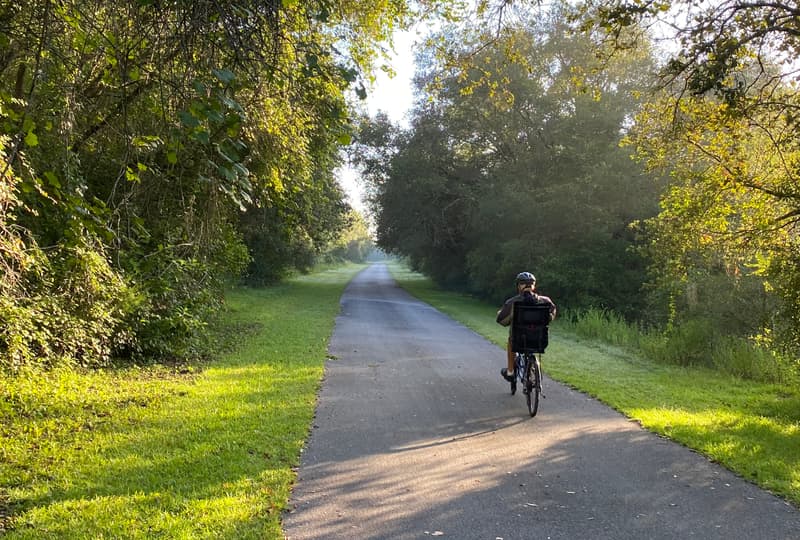 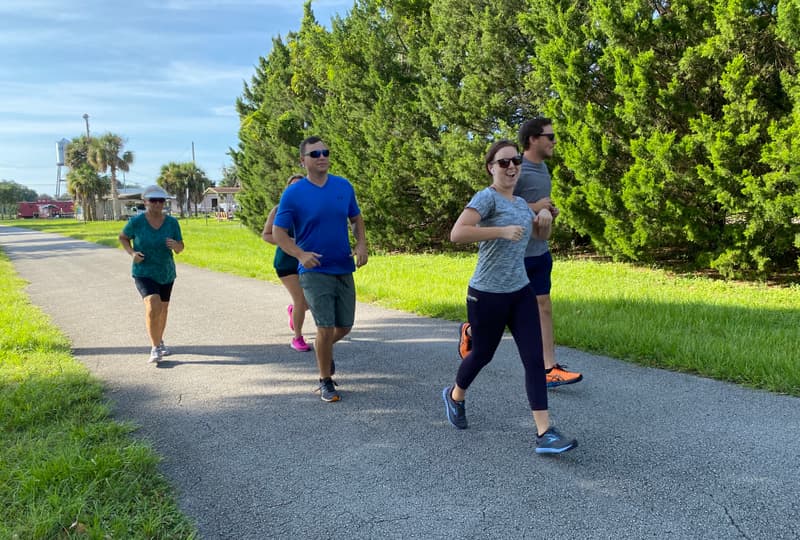 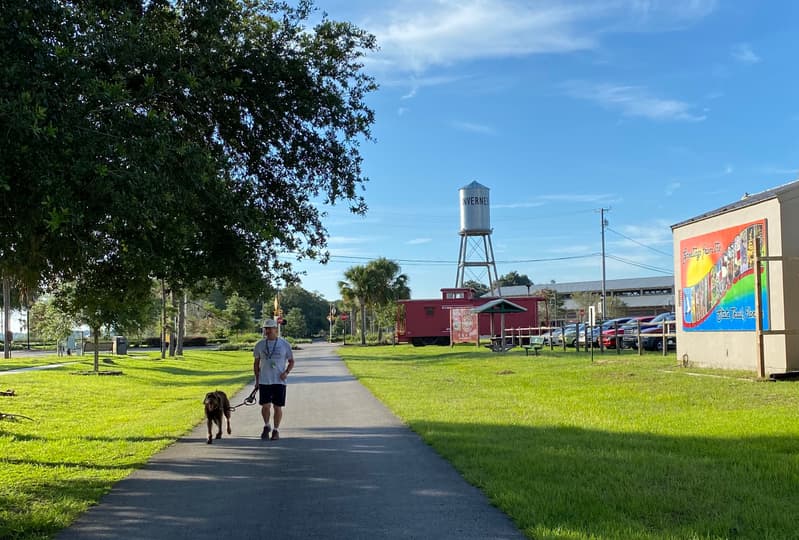 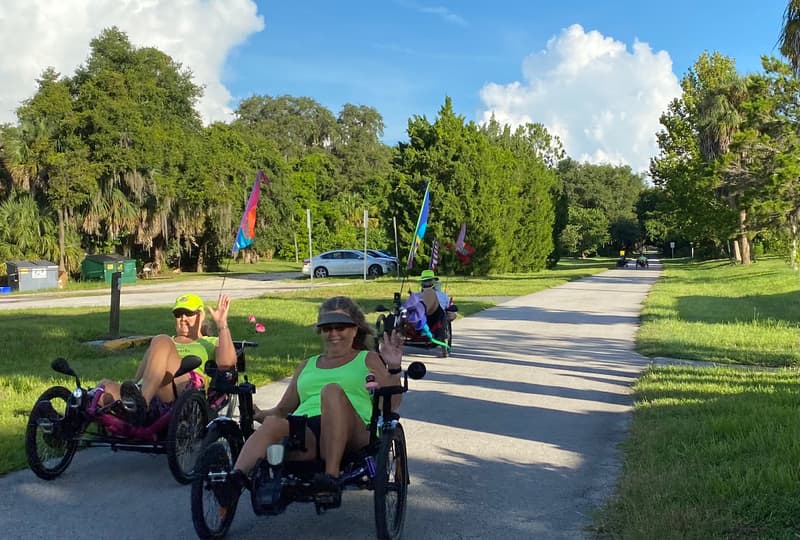 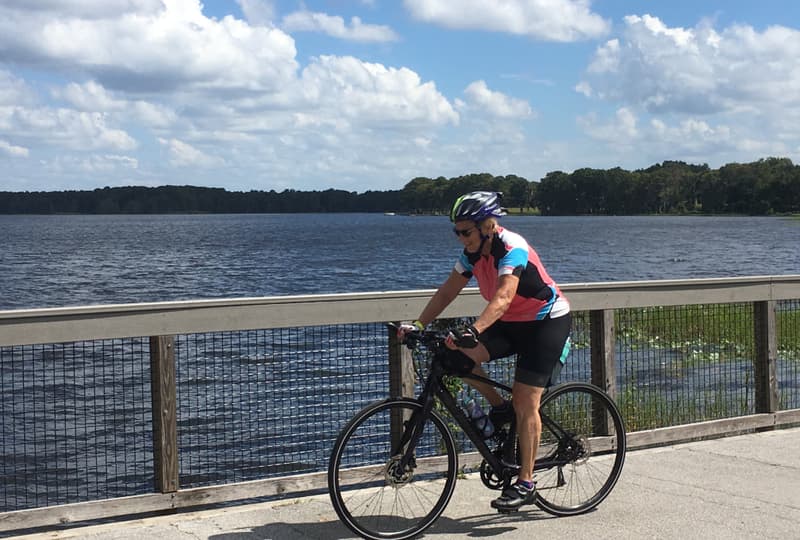 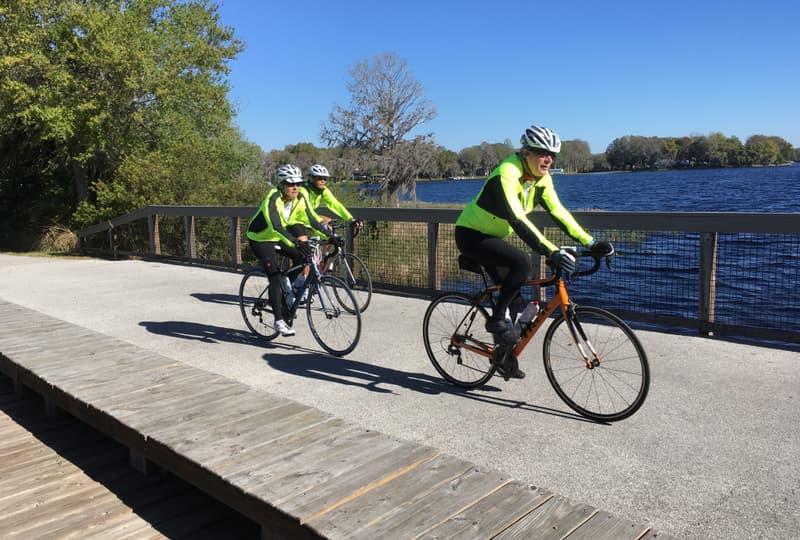 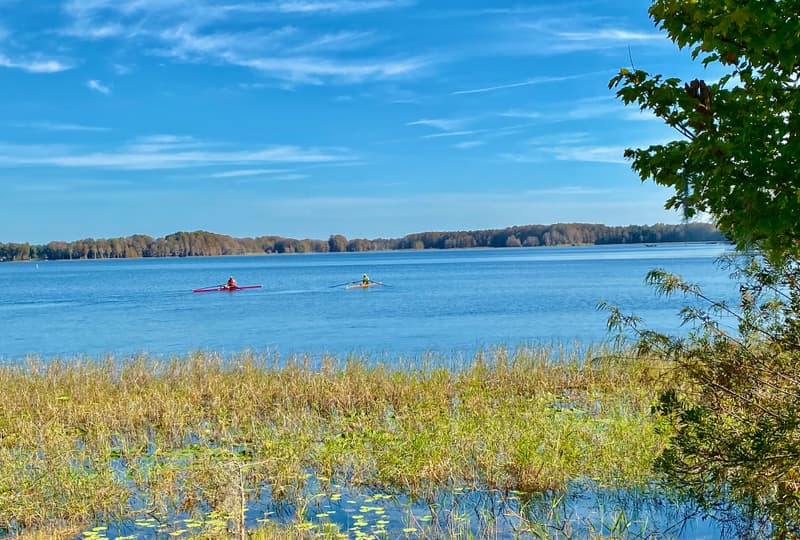