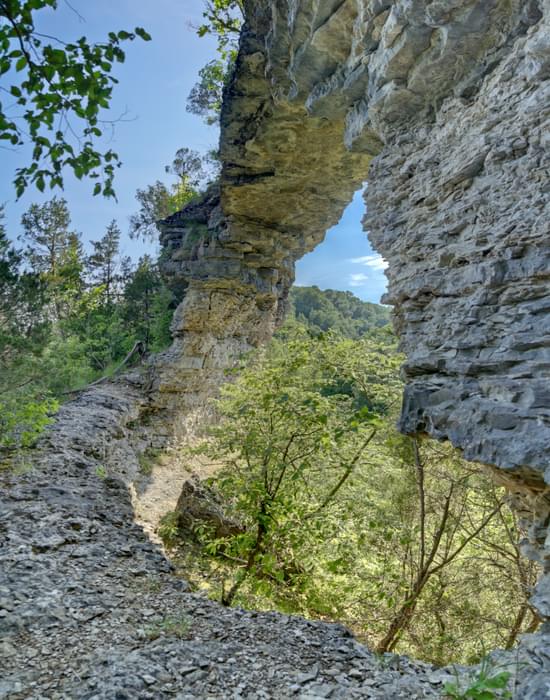 The Window Cliffs Trail is a unique showcase of rare geological features and plant populations placed throughout a challenging but rewarding 2.5-mile out and back hiking trail. It was first open to the public as a State Natural Area in April of 2017. The addition of Window Cliffs State Natural Area was made for two reasons: The geologic features found in the Cane Creek gorge, and the rare plants found on those geologic features.

The plants found at the cliffs are not just unique to the area, but rare to the State of Tennessee. It is home to one of two known locations in the state of the plains muhly grass (Mulenbergia cuspidate), which is a shortgrass prairie species found commonly in the western plains. It is also home to the northern white-cedar tree (Thuja occidentalis). This site is its most western occurrence in the state, and one of the last locations that you can find this grass in the southeast, as it is usually not found outside of sparse populations following the Appalachian Mountains. This tree is found at the base of the cliffs closer to the banks of Cane Creek which bends back on itself sharply at the base of the cliffs.

The trail that ventures out to the window cliffs and back is just over 2.5 miles long and has varied terrain. At the tightest bend of Cane Creek, there is a knife ridge that separates the two sides of the creek. This knife ridge extends 100 feet above the creek banks and forms a thin ridgeline that at the top is less than 10 feet wide. The final vertical 25 feet of this ridgeline is bare limestone with patches of vegetation growing here and there out of cracks and fissures. This limestone ridge is where the Window Cliffs are found. These large “windows” are cut through the ridge, presumably eroded by past wind and water. The windows can be seen from below at the edge of the creek. Their truly unique beauty does not dawn on a hiker until they reach the culmination of the trail where they are allowed to summit the windows and enjoy the 360-degree view from the top.

The trail encounters a few short switchbacks as it descends into the valley. As the trail meets the bottom of the gorge, hikers encounter Cane Creek for the first time at one of its deepest crossings. A roundtrip requires 18 creek crossings which can be challenging or impassable during high water as there are no bridges but only cables and rock crossings.

When crossing the final water crossing hikers will notice a waterfall that is over 30 feet tall with a deep pool that is large enough for swimming for a few people. Past the waterfall, the ascent begins up to the window formation. The trail works its way up the ridge side until rock shelves are met. At this point, visitors may enjoy the view from the rocks' edge, or for the ultimate experience they can pull themselves up onto the top of the windows for incredible views of the surrounding gorge.

The trail is considered difficult to strenuous. Due to the numerous stream crossings with sometimes swift water and the potentially dangerous cliff tops, pets are not permitted within the natural area. 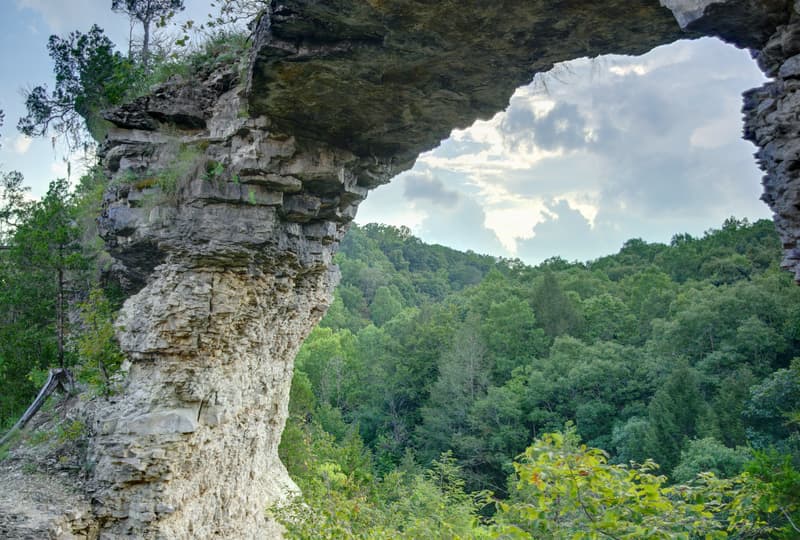 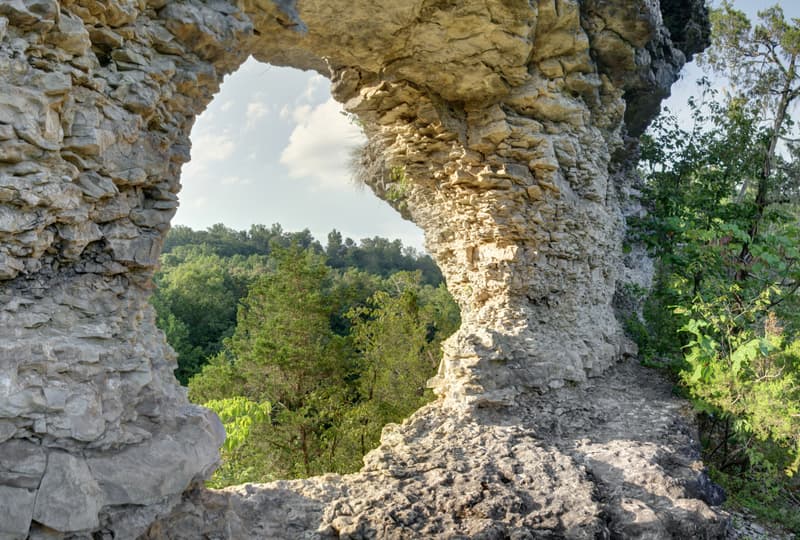 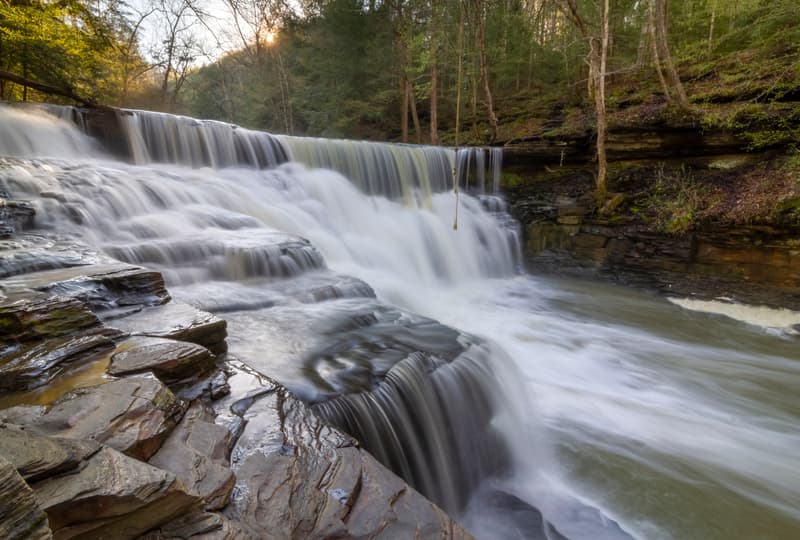