A 543-foot long tunnel gave the nearby town its name, and now the National Recreation trail. The trail runs for 45 miles from downtown Harrisburg to Karmak in southern Illinois. The tail is managed by Illinois Department of Natural Resources with an additional 2.5 miles is managed by the City of Harrisburg. A 543-foot long tunnel gave the nearby town its name, and now the trail.

Beginning in Harrisburg, the trail is at 370 feet above sea level, rising to 680 feet at Tunnel Hill and then dropping to 340 feet at Karnak. The trail crosses 23 trestles ranging from 34 feet long to 450 feet. The longest, Breeden Trestle, is also the highest at 90 feet. The abandoned railroad right-of-way varies between 40 and 200 feet in width.

The Tunnel Hill Trail is part of a former railroad founded by Civil War General Ambrose Burnside. In 1872 Burnside and others began the Vincennes & Cairo Railroad, which connected Vincennes, Indiana and Cariro, Illinois.

The railroad changed hands through the years and was operated as the Wabash, St. Louis & Pacific; the New York Central; Penn Central; Conrail; and during its most productive years, the Cleveland, Chicago, Cincinnati & St. Louis Railroad, known as the Big Four. The last owners were the Southern Railway and following a merger, the Norfolk Southern Railroad. 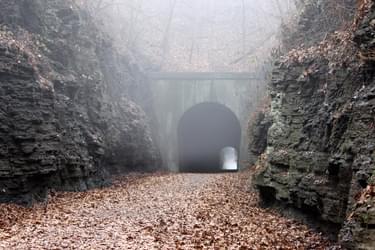 The Tunnel Hill State Trail connects a number of communities, hamlets, and ghost towns. It is a day-use facility, offering drinking water, privy toilets, and parring in access areas. Several campgrounds are located nearby. The site office is in Vienna in a former railroad station, which includes interpretive displays and other information.

The Tunnel Hill Trail is crossed by several major trails, including the River to River Trail; Illinois' southern route of the American Discovery Trail: the U.S. 76 bicycle Route, which is part of the TransAmerica Bike Route; the Trail of Tears National Historic Trail.

Each spring and fall, the Illinois Department of Natural Resources, in cooperation with other agencies and organizations, sponsors a bike ride on the trail. 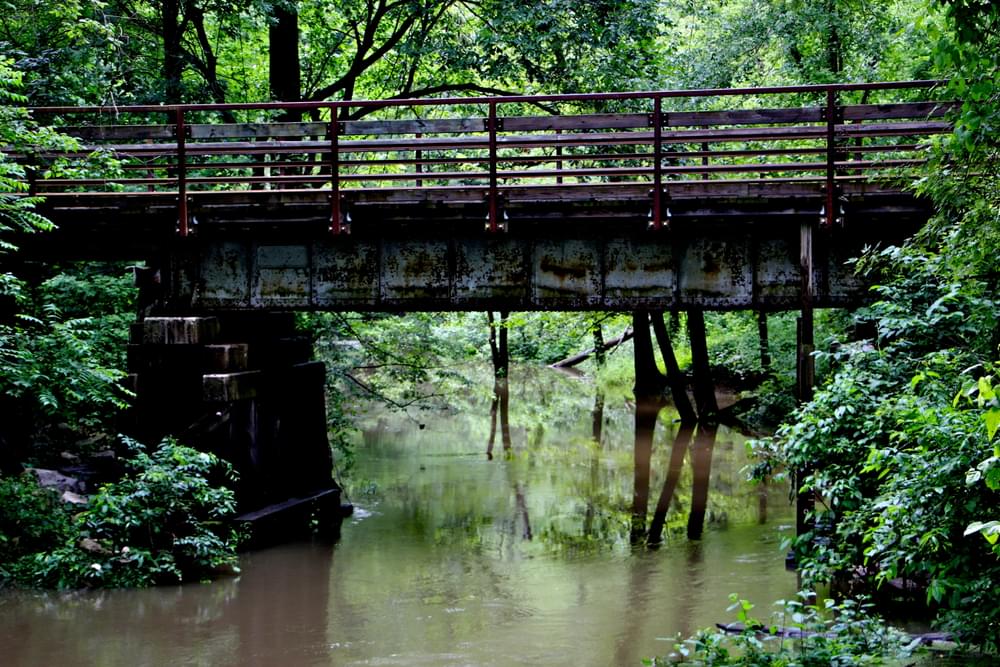 Trestle over the Cache; photo by Jonathan Voelz