With the growing frugality of government funding for trails, private developers can be significant partners in developing public trail systems. 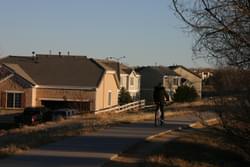 In Southern California and elsewhere, building trails in new home developments is a distinct trend, especially where those developments abut hillsides or public open space. Trails are increasingly part of the infrastructure.

Consequently, my trail building business, which began in response to high altitude bid opportunities by the Forest Service, has been transformed. I am currently involved with about eight projects, most of which involve new developments of one kind or another. These are almost exclusively design/build projects in my area, whereas we used to move from state to state to ply our trade.

One example of this interesting process is a project which has engaged my company for over a year. Near to and partly within a high-priced gated community in Calabasas, CA, this project is located in the Santa Monica Mountains. It had been grandfathered in due to an earlier approval, which today probably would never have occurred due to pressure to preserve such hillside areas as open space.

Either because of, or as a balance to that approval, one provision was that the developer fund a substantial trail project surrounding the property. The trail would then become primarily a city responsibility. This is preferred by developers as it shifts liability, maintenance, and management control.

Ron Webster, who had designed other trails in the Santa Monica Mountains, was asked by the city to provide a preliminary map for this eight-mile trail. Not only would it totally encircle the property, it would connect to other existing and proposed trails within two conservancies.

This preliminary plan was then submitted to the Calabasas City Council, which, as part of its approval, required New Millennium Homes to post sufficient funds in escrow; and asked a local environmental entity, Mountains Restoration Trust (MRT), to manage the project. Ron was engaged to flag the initial line, and my company, Bellfree Contractors, Inc., was hired to partner with Ron in the design and then to build the trail.

This unique arrangement did reduce bureaucracy. It enabled a negotiated price and a less formalized contract process, without the requirements and bid process necessary with a city-administered project.

I did prepare specifications incorporating special environmental concerns, and we got a buy-in by one of the conservancies about some sensitive areas we needed to protect. But approvals from State Fish and Game, Army Corps of Engineers, and Regional Water Quality Control Board took much longer.

The project has one 60' bridge (installed by helicopter lift), and in a steep section, some engineered treated wood walls with steel posts and tiebacks. There are many switchbacks, and the trail, despite being multi-use, is natural in terms of surface and width so as to preserve a pristine character.

Coordination has been critical. Adjoining gated communities needed to be persuaded to allow the trail to traverse their land. Other property owners were financially induced to permit a trail easement. These arrangements take time and negotiating skill, but as a result two miles of trail completing the loop will be built, plus construction of a connector trail through property owned by a supportive citizen.

These arrangements are complex, to be sure. The many "partners"-- the Developer, the City and City Council, MRT, the other conservancies, State Parks, and the National Park Service (which may eventually "own" the trail), other approving agencies, the residents and HOA's, the contractor and designers, various user groups, and interested citizens; all of these had to blend their input and support the project, or it perhaps could have been derailed. But all the parts have worked quite harmoniously.

As the contractor, we were fairly compensated; consequently, I have been readily available for many unpaid extras, consulting on a variety of related aspects, providing construction and design service beyond the scope of our agreement.

MRT has managed skillfully, keeping focus on both details and the larger picture. Through a series of community meeting they have assuaged resident fears about the prospect of bringing the unwashed public into their community and invited input from various user groups about the design and management approach. This has built support and acceptance.

They will sponsor an initial trail ride on a completed segment by CORBA, the local mountain bike club, which has indicated interest in helping with long term maintenance. Ron Webster has led Sierra Club hikes on other segments and will organize volunteer maintenance groups as well. We will also likely assist with maintenance. This will be an essential dimension because vegetation growth, especially with record rains, constantly threatens to return the trail to nature.

All in all, the project so far has been a huge success. My experience on this and similar projects, lead me to see this dimension as crucially important in the larger world of trail development. Especially with the growing frugality of governmental funding for trails, private developers will need to be seen as significant partners. And while this financial and other support may need to be "induced" by appropriate land use policies, I think I detect a growing recognition by these companies that trails add value to their projects. On the one hand, they see that such amenities usually increase the attractiveness and property values of their homes, and on the other, it may be a subtle device to reduce public suspicion of gated home developments.

In this case, I can only say very positive things about New Millennium Homes. Their project is hugely profitable and they have been generous and supportive in every way. Similarly, the City and the Conservancy have been there as responsible and creative supporters throughout.

This is win-win in every way! 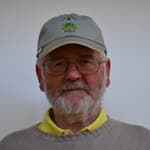 Roger Bell, PhD, a Californian and former college administrator, just sold his trail contracting business after some 40 years designing and building trails in 14 states. Past President of the Professional Trailbuilders Association, he has been a Board member of American Trails since 1996 and recently authored Trail Tales, a book of poems about his adventures as well as articles about kids and trails.