The Milwaukee Method of Creative Placemaking 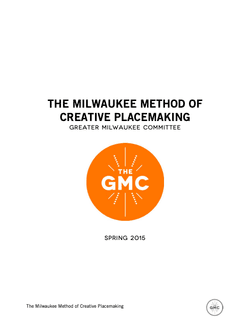 The Greater Milwaukee Committee (GMC) formed the Creative Placemaking Committee in fall 2014 to foster local support for creative placemaking and contribute to an emerging national dialogue in the field. The National Endowment for the Arts in collaboration with national and local foundations looking for effective ways to create economic prosperity and cultural vibrancy within communities. In alignment with these efforts, the GMC and its partners are developing The Milwaukee Method of Creative Placemaking, convening a cultural leadership network, and facilitating creative placemaking projects in neighborhoods across the city. This new initiative stems from a long history of the GMC’s investment in Milwaukee as a vibrant place to live, learn, work, and play. 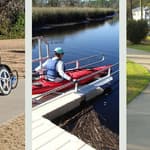 Everything you need to know about planning, building, and maintaining accessible trails. 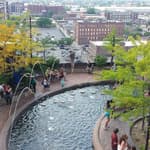 PedNet is Making a Difference on the Ground in Missouri

American Trails contributor Josh Adams recently interviewed Lawrence Simonson, who serves as the Chief Strategy Officer of the PedNet Coalition, to talk pedestrian safety, projects and obstacles, and making a difference in Missouri. 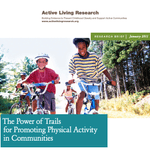