The trail passes through some of the most pristine remote areas of the USDA's National Grasslands. 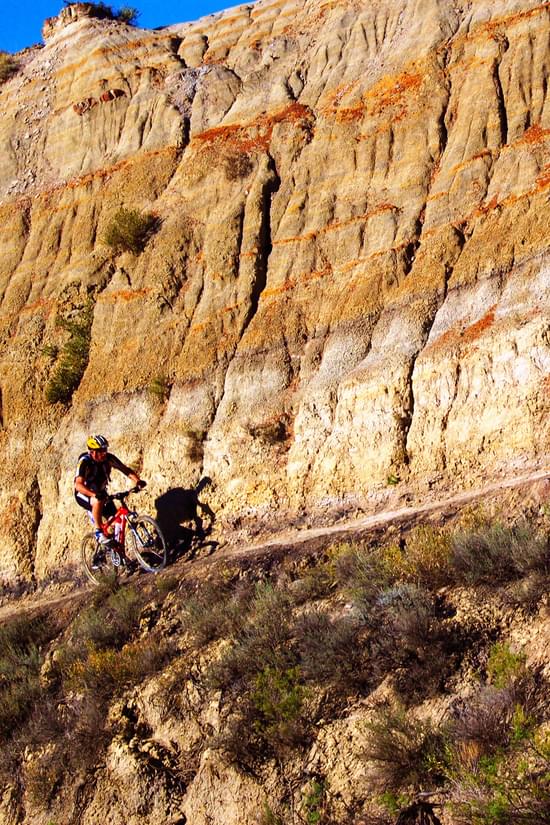 The Maah Daah Hey (MDH) trail is a 96-mile long recreational trail that winds its way through the rugged badlands and rolling prairies of western North Dakota and is Region One's latest addition the National Recreational Trail system.

The name Maah Daah Hey is derived from the Native American Mandan language meaning "grandfather" or "long lasting," and is used to describe an area that has been around for a long time and deserving of respect. The badlands are the most treacherous part of the Grasslands, consisting of canyons and gullies that were carved into the landscape by perpetual wind and water erosion. There are six campgrounds on the trail, one at each trailhead and four others spaced approximately twenty miles apart along the trail.

The MDH is a non-motorized trail and is nationally recognized as a premier backpacking, mountain biking, and horseback riding trail and is the backbone of the recreation program on the Dakota Prairie Grasslands (DPG). The DPG continues to build on the success of the MDH by expanding the trails program using the MDH as the base, resulting in increased recreational opportunities for the public and benefiting local economies.

Additional input on development of the trail was gathered from horse groups-- particularly Swede Nelson, an outfitter-- and mountain bike groups. 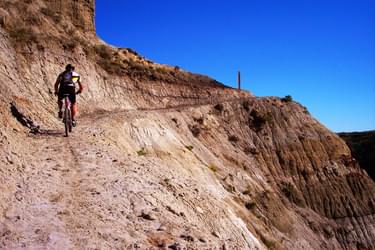 The MDH Trail transverses the Badlands area that is full of unique geological formations and cultural resources. Native Americans used the area for annual hunting trips from the surrounding prairie.

The MDH Trail passes by Theodore Roosevelt's original ranch site on the Little Missouri River as well as the General Sully's Trail and the CCC Historical Site. The trail passes by the Big Top Two Top Research Natural Areas (RNA) and the numerous other proposed Special Interest Areas (SIA). The area served by the trail is the lowest populated area in North Dakota and the first trail in this area of the state.

By a paved trail at its southern end, the trail accesses the historic city of Medora, the tourist mecca of North Dakota. Over 250,000 tourists visit Medora annually. We also have Adopt-a-Trail groups performing maintenance on 5 miles of the trail. We have a great relationship with the North Dakota State Parks and Recreation Department and use the state's Recreation Trail Program funds to surface clay and sandy areas of the trail.

The Maah Daah Hey Trail Association was formed to manage, maintain, and promote the 96 mile trail. According to Robert J. Shannon of the Association, "The trail setting and outdoor experience are also world class, contributing to rave reviews and awards from throughout the country. For instance, the International Mountain Biking Association (IMBA) bestowed the Maah Daah Hey Trail with their most prestigious award, that being an IMBA Epic Ride of 2001. And most recently, a national women's sports magazine named the MDH among their top 18 outside sport destinations in the country." 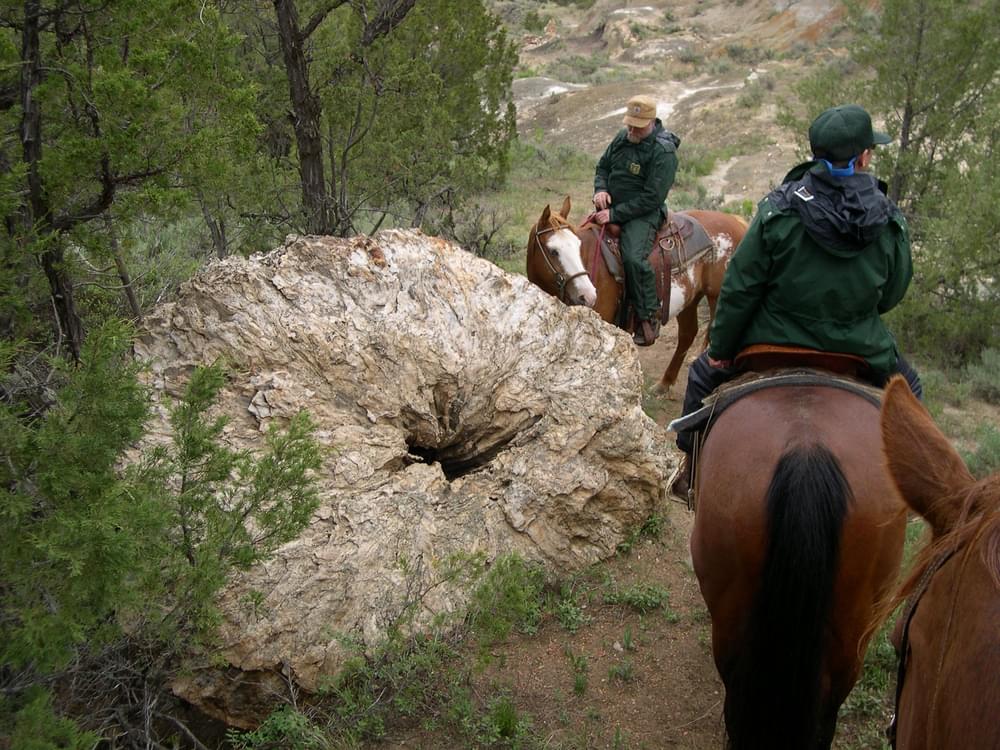