From Kenneth Harris, The Consilience Group 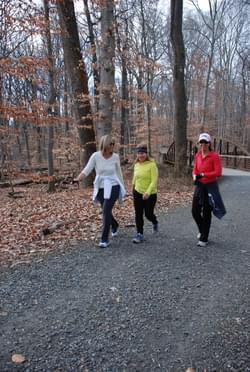 Medical and public health advances doubled life expectancy and greatly extended healthy life years over the last century. These trends have made it far more possible for more people in mid life and later to compete in sports and exercise to stay fit. Sports and fitness activities provide the physical activity needed for good health, there are many more opportunities for older people to compete in sports and participate in fitness, and technological improvements have made participation easier and prevented and mitigated injuries. The state of the economy and individual motivation will determine whether older people continue to increase their participation in sports and fitness.

Many professional athletes continue their careers after the traditional retirement age of 40, and many more people enjoy amateur sports and fitness activities in mid-life and senior years. Why?

The report Global Aging and Sports: The Impact of Aging of the World's Population on the World of Sports, examines how increasingly healthy aging of the world's population in most countries is affecting the world of sports. It is the second of a series of reports by The Consilience Group, LLC, on the future of fitness and sports commissioned by SBRnet, a Princeton, New Jersey, sports market research firm. SBRnet subscribers receive these reports at no additional charge. The public can purchase them by clicking on "Custom Reports for Non-SBRnet Subscribers" at http://www.sbrnet.com. The first report, Physical Activity Trends: Business and Policy Implications, was published in 2005, and SBRnet has commissioned an update of it to be published in late 2007.

Exercise walking remained the most popular activity for Americans over 45. Is this trend a "pot of gold" for businesses that depend on people's interest and participation in fitness and sports? "Not necessarily," says The Consilience Group Chairman Ken Harris. Much will depend on people's continued motivation to participate and the future state of the economy. Four main factors determine motivation: health (believing and acting on the advice of health authorities to exercise), competition (measure one's efforts against those of others), fun (desire to enjoy oneself) and public approval (beliefs about the extent to which sports participation is desirable and/or appropriate for older people). The economy greatly affects people's ability to participate because it determines whether adequate health care exists for an increasingly older population and whether people have sufficient discretionary income and leisure time. Three conditions, Alzheimer's disease and other dementias, diabetes and obesity, and osteoporosis, threaten the ability of older people to participate in sports and fitness -- not only those directly afflicted but also their caregivers.

Global Aging and Sports explores four scenarios for the future of older people's sports and fitness in the first half of the 21st century. In Playing Field, Court and Health Club, resolution of long-term economic problems of the United States leads to unprecedented prosperity. A booming free-market economy creates an intense desire for competition, which carries over from the rough-and-tumble business world into the sports world. Competing in ultra-marathons and double century bicycle rides becomes popular. Senior and super senior sports participants drive an intensely competitive market for high-quality sporting goods. People of all ages walk and run for exercise in every conceivable virtual environment on computerized, web-enabled treadmills, which are part of increasingly sophisticated home health clubs. In professional sports, team owners flush with cash form senior Major League Baseball, the senior NBA, and the senior NHL, giving Baby Boomers the opportunity to continue watching the sports heroes of their youth. 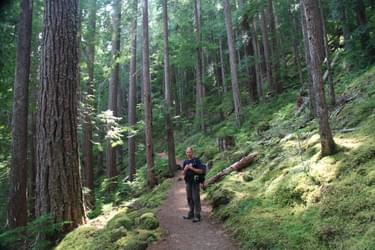 In Fresh Air and Sunshine, an activist federal government partly resolves America's long-term economic problems with tougher health, safety, environmental protection and energy conservation regulations. Increased environmental and health consciousness build the necessary political support for rejuvenation of old and creation of new public parks and recreational trails where people engage in a variety of outdoor sports and fitness activities. Sports and fitness activities that allow people of all ages to enjoy the cleaner environment -- walking, hiking, climbing, bicycle riding, canoeing, kayaking and cross-country skiing -- are among those that become popular. Team sports continue to remain popular but become less organized. Letting children play by their own rules instead of in adult micromanaged leagues becomes OK again, and adults begin to play pickup baseball, softball and touch football games and to copy children's games like kickball and dodgeball. Times are not so good for professional sports as Baby Boomers enjoy outdoor activities as much as possible and become disillusioned with sensational media reports of professional athletes' bad behavior. Senior professional golf and tennis, however, continue to have enough fans for economic viability.

Sports Bar and Home Theater is the best of times for professional and top amateur sports. The long-term economic problems of the United States are solved through legislation, and the resulting high prosperity allows people to have a life of passive luxury leisure. People enjoy viewing sports events in the luxury of their home media rooms and nicely appointed sports bars and participate in them only to the extent that they can "make the team" in school. Because medicine conquers most diseases and universal access to health care becomes available, health concerns no longer motivate people to be fit. Sports competitions for people over 45 become social occasions in the form of corporate golf and hunting outings. Golf's Champion's Tour becomes the only surviving senior professional sports league, mainly because of its traditional appeal. Other senior professional leagues fail because market research shows that the public prefers to watch young, well-trained athletes on television and the Internet.

In Mall Walking, Minor League Baseball and Friday Night Lights, the U.S. economy becomes weak as a result of failure to resolve long-term economic problems. Chronic federal budget deficits make providing universal access to health care and adequate funding for research on chronic diseases impossible. Participation in sports and fitness activities grows more slowly than the population of older people. People lack leisure time for sports and fitness because of the need to work multiple jobs to make ends meet. Walking, bicycling and swimming remain popular especially during periods of unemployment because of their low cost. Amateur sports competition other than that among school and college teams sharply declines. Not only is golf's Champions Tour the only senior professional sports league to survive but poor economic conditions cause the demise of women's leagues.