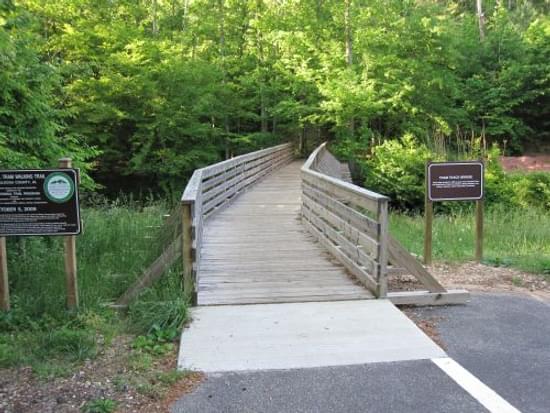 Nature has blessed Tannehill. The beautiful tree-lined valley, hillsides rich in ore and swiftly flowing Roupes Creek made this a perfect setting for a successful iron making operation, as the early settlers realized. The same ingredients afford today’s visitors a pleasurable escape from modern life.

Daniel Hillman, a Pennsylvania furnaceman, first built a bloomery forge on the banks of Roupes Creek in 1830, where he had found the richest deposits of brown iron ore in his experience. He wrote his son: “I believe, George, that my prospects for making a handsome property are better than they ever were…” Hillman died two years later, the family’s fortune unmade. Ninian Tannehill later took up the forge as a sideline to his farming operation. 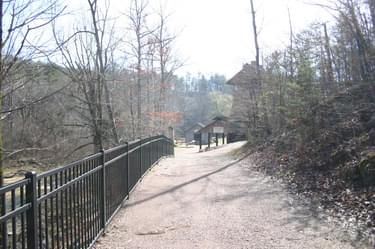 Between 1859 and 1863, slaves cut sandstone rocks, transported them by skids and stacked them to form three tall furnaces. Tannehill No. 1 was built by the noted Southern ironmaster Moses Stroup, who later built the Oxmoor Furnace, the first in Jefferson County. William L. Sanders purchased the operation in 1862 and set about expanding the ironworks.

Like the wheels and gears of a huge machine, the industrial center at Tannehill kept up a fierce momentum. Trees on the hillsides were felled to be made into charcoal that fed the huge blast furnaces. Roupes Creek and a mighty steam engine powered the blowing machines to heat the fires that melted ore to be formed into “pigs” of iron which, in turn, formed the tools of war for the Confederacy. At the height of production, Tannehill could turn out 22 tons of iron a day. The iron was cast into ordnance, skillets, pots and ovens for the Southern army.

On March 31, 1865, it ended in fire and destruction. Three companies of the Eighth Iowa Cavalry swept through the area as a part of Union General James H. Wilson’s raid on Alabama war industry sites. Smoke rose from the charred remains of the ironworks and cabins that housed several workers. At day’s end, the furnaces were no longer operational, and the foundry, tannery, gristmill, and tax-in-kind warehouse were in ruins.

This 150 year-old trail is distinctive in that it follows the old tramline that ran between the Tannehill Ironworks and brown iron ore beds two miles distant. Ore cars were pulled over rails by mules. The tramway bed was later used to access the Tannehill area by local residents and the Lindsey Sawmill through the 1930’s. The trail takes the hiker past several historical sites that include the furnace and log cabins as it parallels lovely tree-lined Mud Creek. The Tramway Trail also connects to several other trails in the area, which a long-distance hiker would appreciate; it also is close to other activities within the park. Mountain bikers are also allowed to use the trail.