Solutions to Homelessness on Trails

In August of 2020 American Trails held a webinar called "﻿﻿﻿Balancing Recreational Area Use with Homelessness and Vagrancy." This webinar discussed how the ﻿city of Modesto, California dealt with the challenge of homelessness and vagrancy in their parks and trails. These are some key takeaways from the webinar.

The city of Modesto statistics show a population of 215,000 as of 2019, with 16% of residents living in poverty. Unfortunately, this means there is a homeless population of folks that, for whatever reason, can't find or afford stable housing. This had led to some issues with the homeless population sleeping in parks, including drinking, smoking, debris accumulation, drug paraphernalia, vandalism, and more. To help curb some of these issues Modesto has taken the steps of requiring permits to drink in their city parks, and all smoking is prohibited in the parks as of 2017.

In 2018 there was a ninth circuit court ruling in the case of Martin v. City of Boise that stated you cannot criminalize sleeping as it is a human right. This means you cannot arrest people for sleeping in parks, and immediately following that ruling many public spaces were inundated with people experiencing homelessness. Part of the ruling says that as a city you have to be able to point the homeless population to a designated location they can go where they are allowed to sleep, otherwise you cannot enforce penalties. According to the ruling this is due to the 8th amendment protections of the constitution.

In response to the growing problem of homelessness in public spaces the city of Modesto, in accordance with this ruling, designated Beard Brook Park as the official area where the homeless can congregate and sleep. This was an emergency declaration, and allowed the city to enforce no sleeping rules in all other public spaces under their stewardship. 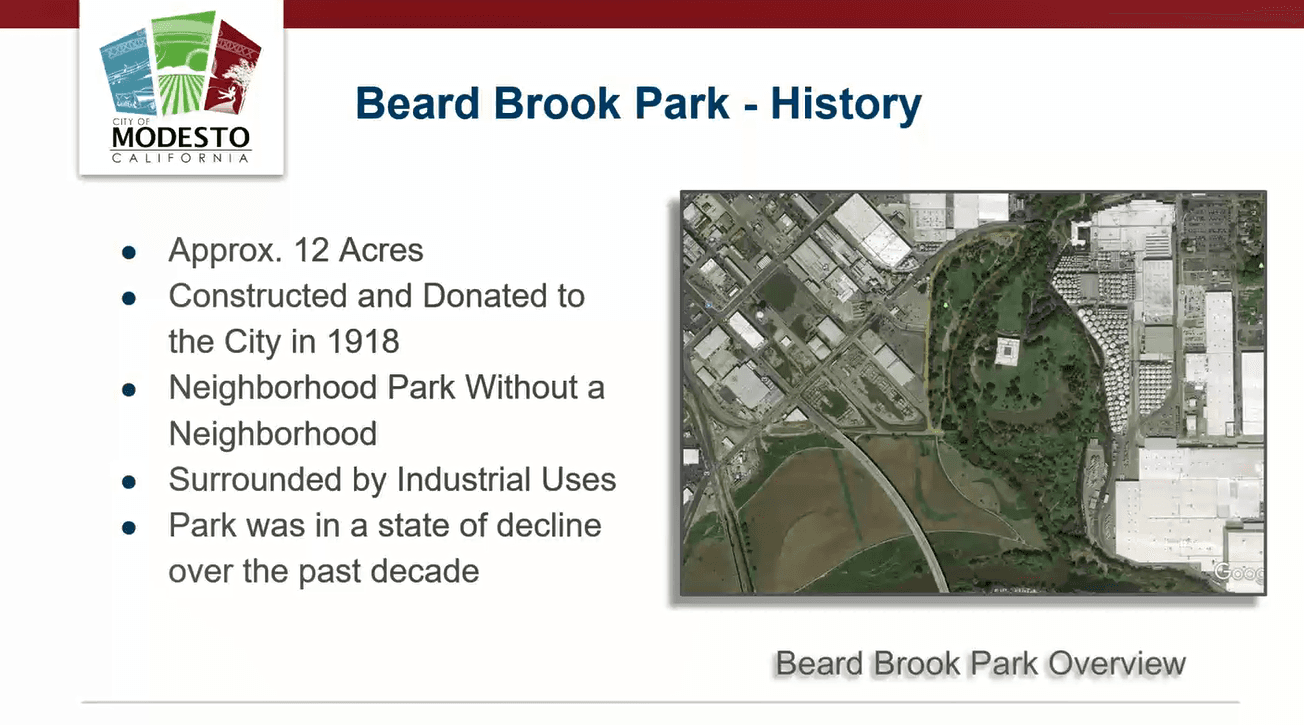 Beard Brook Park was chosen because of its location. The presenters describe it as a "neighborhood park without a neighborhood." The park is surrounded by industrial buildings rather than homes, and is large enough that it could temporarily serve as a homeless camp location until the city came up with other solutions. As the webinar presenters said, it doesn't feel ideal to designate a city park as a homeless camp, however in this case the park was already in decline and was able to serve a community need.

The idea was for this to be a six month solution, while the city created a more comprehensive plan to deal with the issue. When the park opened for camping in September of 2018 there was approximately a dozen tents, and within five months the space had grown to house approximately 300 campers. The first step of the more comprehensive plan was to build partnerships that could help the city with the goal of meeting the basic human needs of the homeless population. These partnerships included the county, faith based organizations, homelessness advocates, and any other organizations that could be part of the solution. Even though the Beard Brook Park camp was temporary, it did have an immediate positive impact on the rest of the park system in Modesto, as those places were now experiencing many less problems with homelessness. 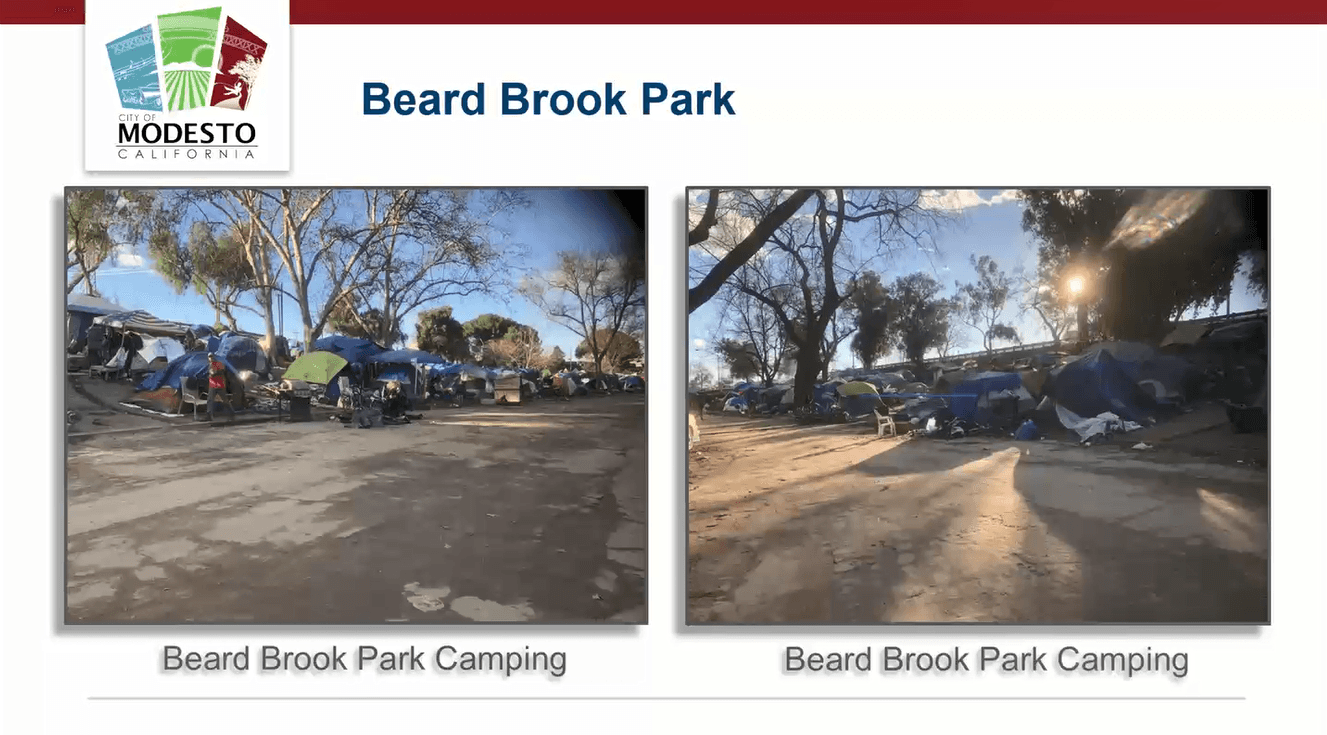 To prepare the park and meet the needs of the camp in a sanitary way there were some amenities that were necessary. This included portable restrooms, handwashing stations, and dumpsters for trash. The cost to the city was approximately 25k a month to keep this camp running. During the time this park was acting as a temporary shelter the city was setting up the Modesto Outdoor Emergency Shelter (MOES) as a more robust and organized solution. When MOES was ready the city informed the campers that they would be moving to a new location, and all campers were moved and Beard Brook Park cleaned and restored. The lessons learned at the park helped MOES meet the needs in a better and more orderly way than was possible at the park.

You can learn much more about this issue by downloading the original webinar for free.

MOES had more services and amenities than Beard Brook Park, including water services, temporary fencing, toilets and hand washing stations, parking, mulch ground cover, security lighting and cameras, a storage and office area, and matching uniform tents rather than campers bringing their own tents. A large consideration is also public access so emergency services can easily reach the area when necessary. Site partners were vital to the success of MOES, including donated tents, the salvation army, private security, and others. Having homeless services right on site meant easy access for the people there to get help. An organization called Downtown Streets Team also partnered to hire homeless individuals looking to get a job and get back on their feet. MOES ran for approximately six months and had a cost to the city of $212,803. 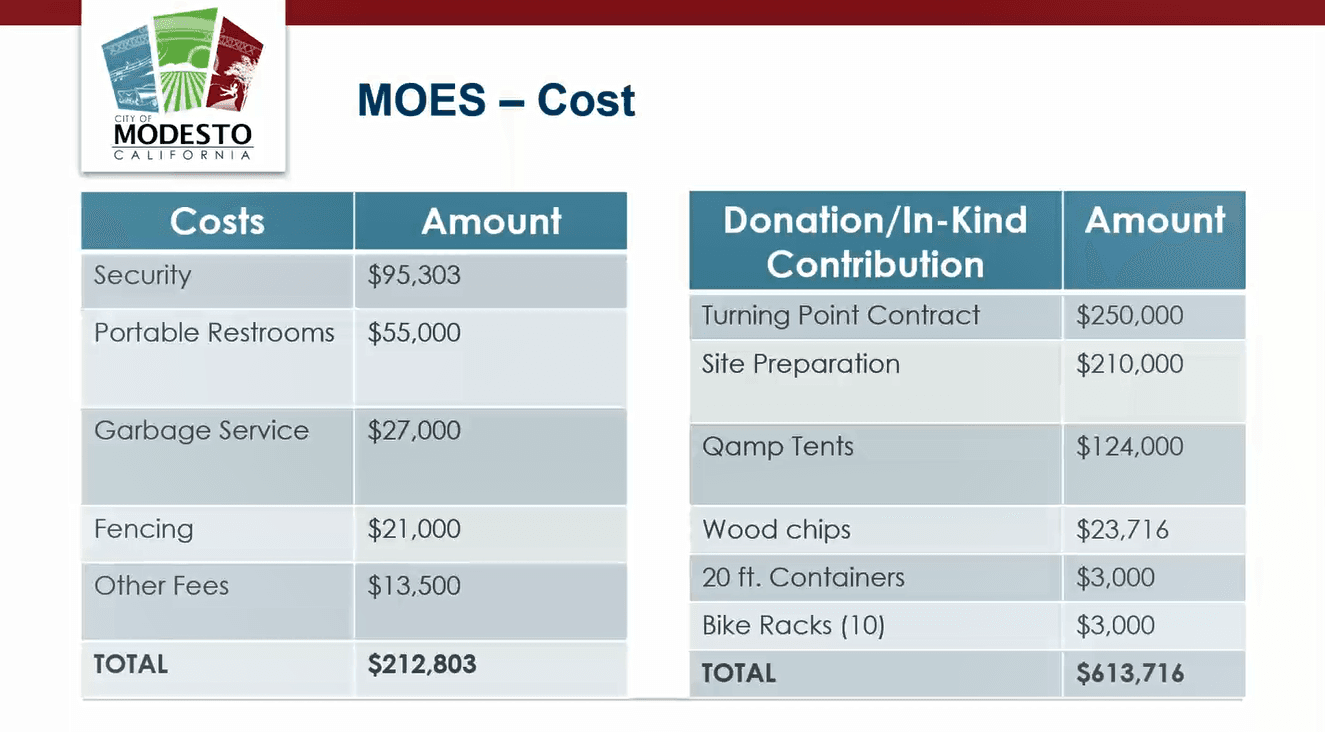 One challenge of MOES was enforcing the rules of the location. Upon entering the camp every person had to sign the rules and make sure they understood them, but rules such as keeping all your belongings in the tent were difficult to enforce. The presenters point out that some homeless people collect things they can trade or sell, which could lead to a hoarder situation in some of the tents. By having one armed security guard during the day, and two armed security guards at night, this did help keep safety and compliance at the location. There were also families living at MOES, so safety was paramount to keeping the children safe as well.

The goal of the city was always to have an indoor shelter, rather than a tent city. After MOES the city was able to do that and move the population to a new 182 bed indoor shelter operated by the Salvation Army. As those beds would not house everyone, the city maintained partnerships with other organizations that could help house those in need. Additionally this shelter allowed pets. This did present challenges as well, some of the homeless population was very resistant to moving to a more controlled environment, wanted to have more room to store their belongings, or resisted for other reasons such as mental health issues. The Salvation Army also currently provides an adjacent Salvation Army Berberian Shelter with an additional 156 beds making a total of 338 adult beds available. 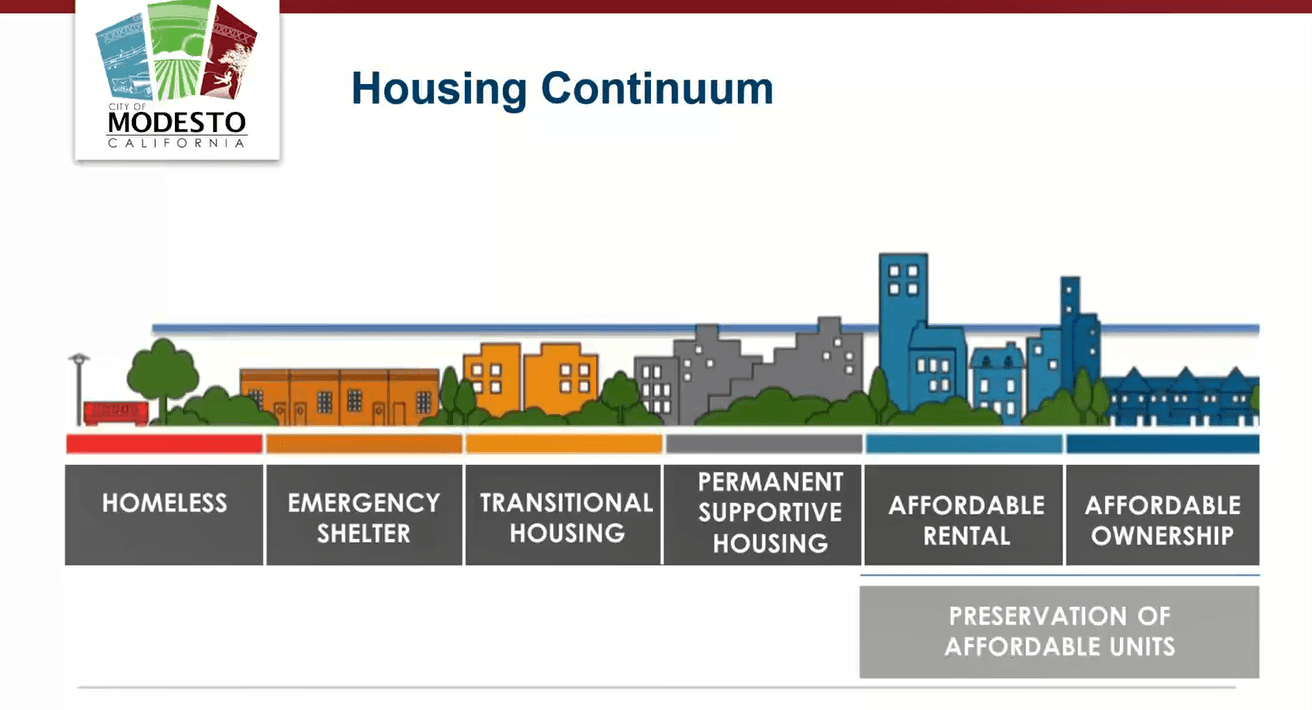 As the graphic shows the transitional housing the city provided through the tents and then through the shelters were just two steps in the ultimate plan to transition the homeless into permanent housing. As a next step the city purchased a hotel that was a hub of illicit activity, cleaned it up, and used it as more permanent housing for the homeless. This project, called the Kansas House, made the hotel rooms into studio apartments. There are 103 unites total, and onsite case management to help the individuals there grow out of homelessness, which is the ultimate goal of stopping the homeless problem. 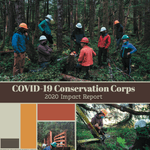 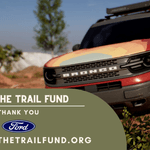 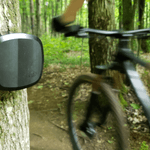