Running the Line – Thoughts from the Trail

Julien Cossette, one of American Trails 2019 Emerging Trail Leaders, shares his thoughts from working on the Great Divide Trail. 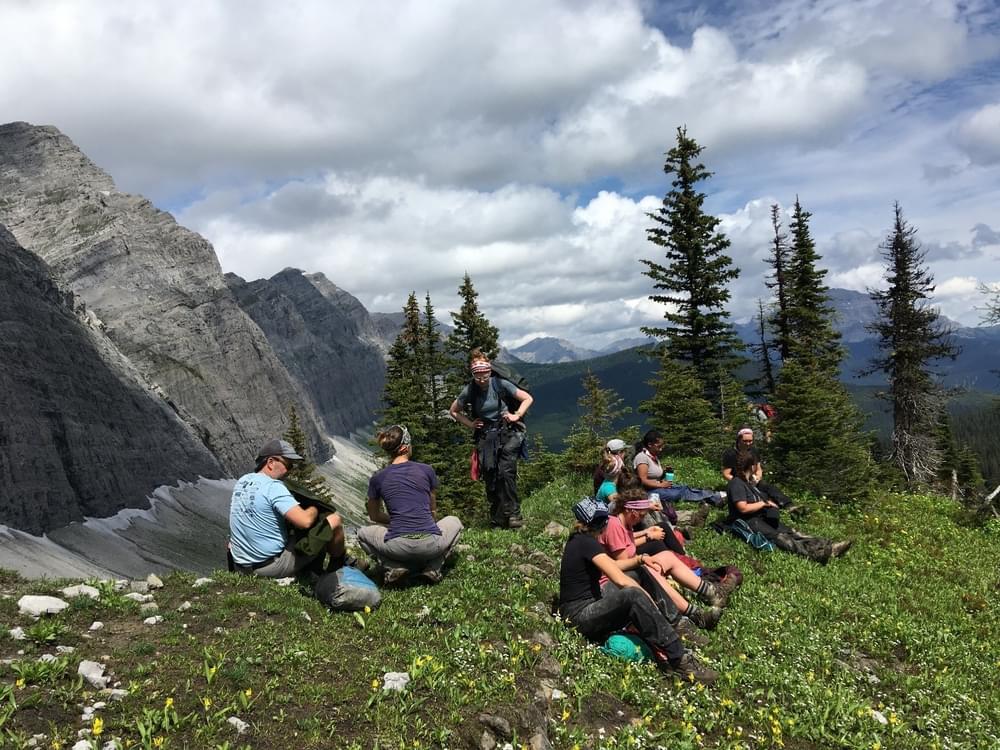 If I had written a dramatic effect for a film, it could not have been better. The clouds of mist hugged the valley bottom the day of their arrival, giving a Pacific Northwest feel to the drier eastern slope of the Canadian Rockies. The valley-bottom views were magical, and the students were enchanted: lush greens and waterfalls in the antechamber of the field of dreams. Behind the veil of fog lied the spectacular headwall that would reveal itself the next morning. 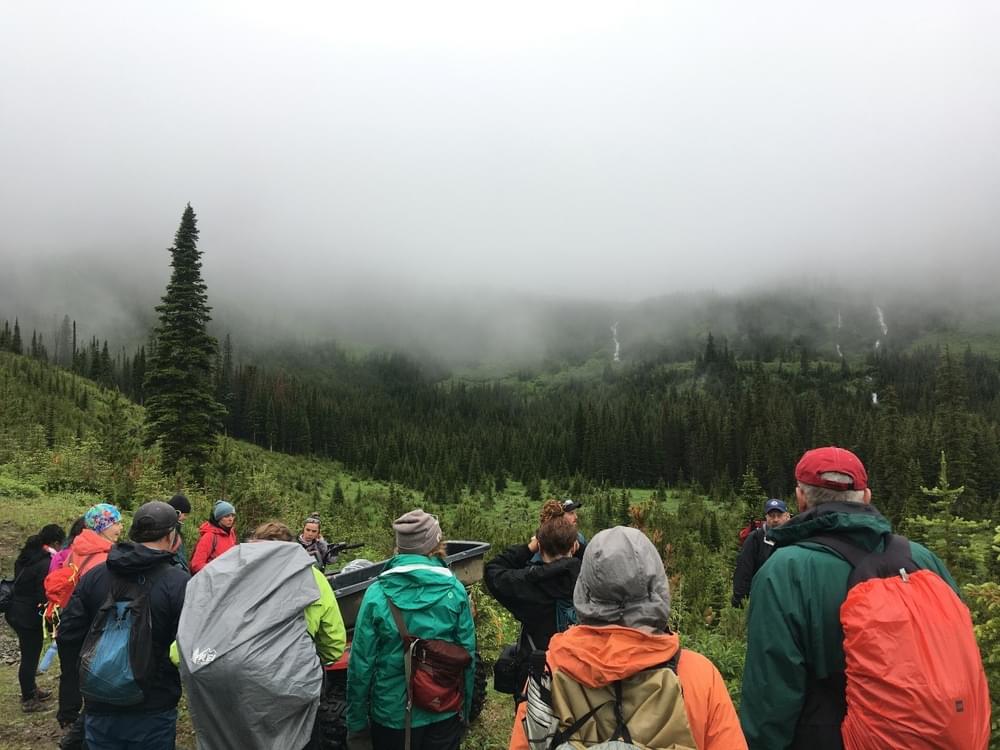 The look on their faces."

When asked what motivates me about youth engagement on the trail, that’s what I usually respond. The look on their faces. The awe of discovery of a special place known only to a few locals and rarer city folks—the hidden treasures of our public lands, where limited infrastructure curbs access. That where you stand away from the beaten paths of tourism-driven wonderlands.

This awe can be a powerful agent for change, but it comes with a responsibility. I think analogically of the attention spectrum that differentiates polar bears from slimy banana slugs—the charismatic species versus the terrestrial mollusc (as loved by tourists as the famous PNW slug crossings-turned-fridge-magnet are). A cliché twist on the old philosophical adage drives my point: if resource extraction industries plunder our public lands, and no one is around to witness the destruction, does it make a sound? Who will stand for the obscured natural landscapes and ecosystems in the shadows of Banff’s hypnotic notoriety? 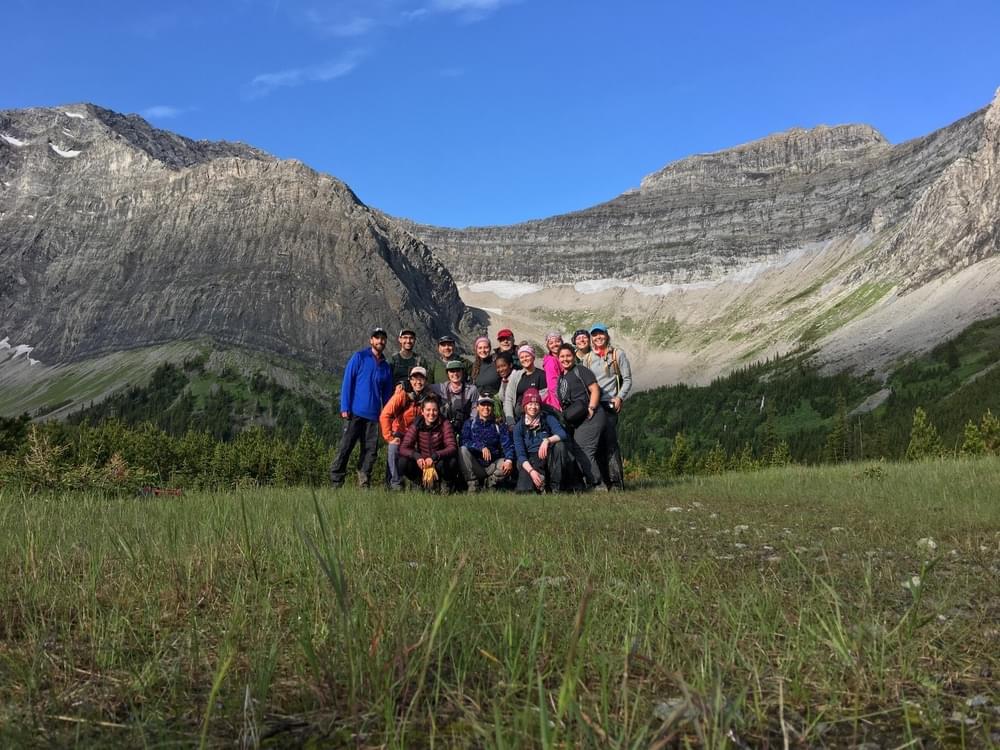 On that day, we were working for change, one ax swing at a time.

Environmental activism was always at play in the making of the Great Divide Trail. Back in the 1970s, a handful of young idealists received a summer grant from the federal government to accomplish their project: surveying the South Kananaskis public lands to study the feasibility of a long-distance trail along the spine of the continent. Far from the public eye, they found historical trails and archaeological traces of travel and dwelling, but also networks of cutlines (cleared linear paths for resources exploration), deforested valleys, material evidence of mining, and other threats to that environment. The trail—its idea and physical presence—was always a mean to bring attention to the region and offer a portal into what was left of this wilderness.

In late June 2019, forty-something years later, we were still carrying this idea forward. Facilitating a multi-day backcountry trail building experience for a group of students from Montana, I aspired to foster in them a sense of awe for this land, driven by the hope that it would galvanize their support for the research-backed fact that the social, economic, environmental, and health benefits of recreation can far outweigh those of resources extraction. Together, we built a wilderness trail for others to enjoy and get that look on their faces. 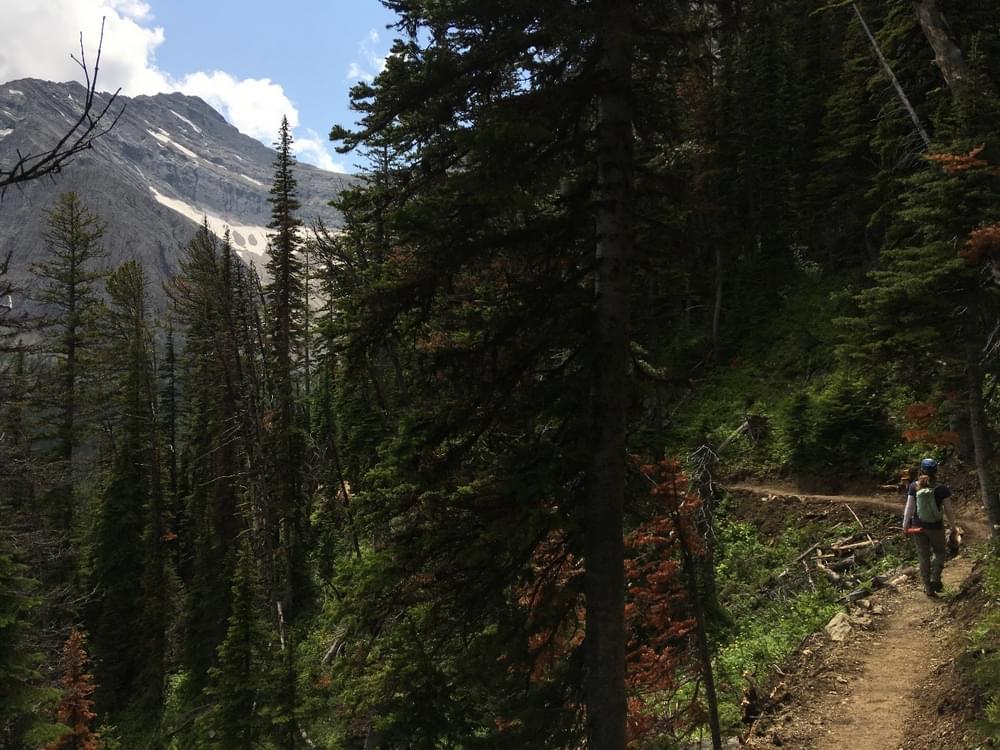 In truth, “the look on their faces” totes far more meanings than “awe” alone. It also symbolizes the transformative recognition of one’s capabilities, pealing through layers of stereotypes and enduring societal narratives: I can do this. I did this. I built this trail. I can swing an ax like it’s nobody’s business. I can do anything. Don’t let my age or gender fool you.

On a project, a trail crew leader will run the line all day, checking in on their volunteers and their work. Doing as much that day, I noticed how each student grew into a role that they embraced. They challenged themselves with new tasks, but also displayed a bit of themselves at the same time, finding out what made them feel the most accomplished—a valuable lesson. For some, it was clearing the terrain for the trail with sheer strength, while others revealed themselves in the finesse of the finishing touches to the tread. Trail building is teamwork, and everyone has a part to play. Sounds familiar? 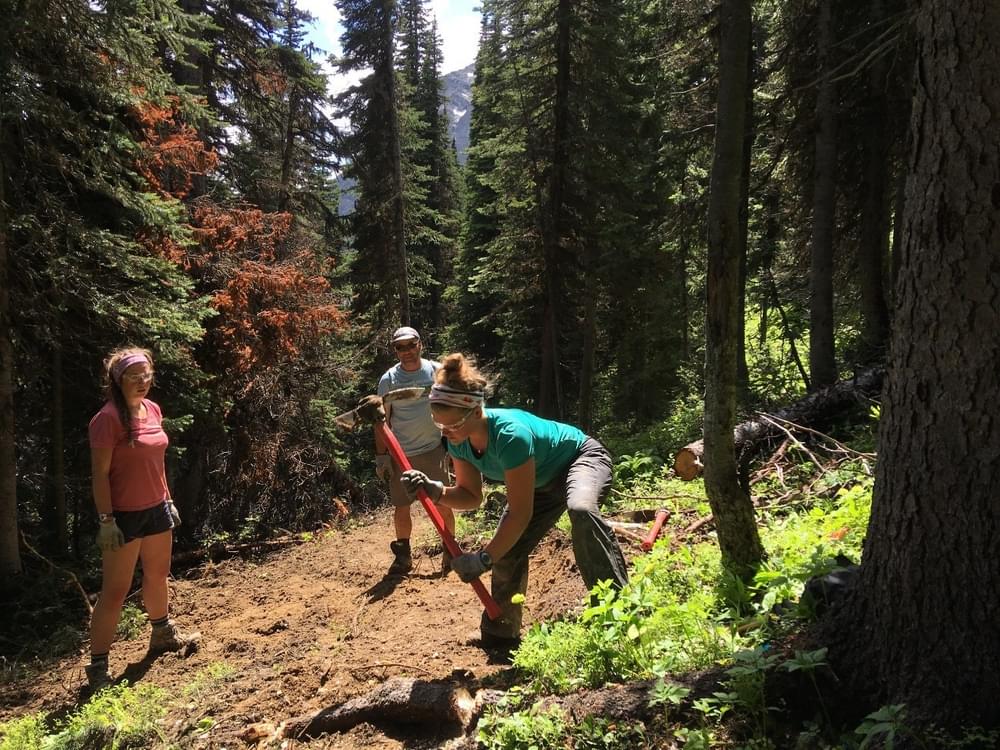 That enthusiastic look of possibilities. The prospect of future adventures. The inspiration of a nascent dream. The impatient anticipation of a summer paid to live, breathe, and sweat in the backcountry.

Why does youth engagement on trails matter to me? Above all, I am driven by the unshakable eagerness to share the knowledge and resources I wish I had known existed when I was younger. To hear the students considering with excitement a thru-hike of the Great Divide Trail at graduation or a job with the Montana Conservation Corps next summer, is the biggest reward of them all. That, and the few hundred meters of sustainable trail they built through a magical forest to this scenic viewpoint, somewhere on the way to Kakwa Lake, the northern terminus of the Great Divide Trail.

Julien Cossette is a proud alumni of the Canadian Conservation Corps (a program by the Canadian Wildlife Federation) and served as the chair of the Great Divide Trail Association’s Building and Maintenance Committee in 2018-2019. He resides in Western Canada where he works in trail and volunteer management. In 2019, he had the honor of being selected to participate in American Trails’ Hulet Hornbeck Emerging Leaders Scholarship Program (ETL) and attend the International Trails Symposium in Syracuse with a cohort of young, energetic, and thoughtful professionals. He most enjoyed the camaraderie and long-term connections with his ETL peers he formed at the conference, and the daily opportunities for group reflections on key issues related to youth and the future of trail and recreation management. He extends his sincere thanks to the entirety of American Trails staff, volunteers, and donors for making this inspiring experience possible, and he would like to encourage everyone to apply and/or contribute to the program in whatever way they can. Julien can be reached at julien.cossette.ma [at] gmail.com.