The Coalition for Recreation Trails (CRT) awarded the 2019 Maintenance and Rehabilitation award to the Vermont ATV Sportsman's Association (VASA) for the Stage Coach Trail Improvement project.

The Coalition for Recreational Trails (CRT) is a federation of national and regional trail-related organizations. Its members work together to build awareness and understanding of the Recreational Trails Program, which returns federal gasoline taxes paid by off-highway recreationists to the states for trail development and maintenance. The CRT hosts an annual awards program, which was established in 1998 and recognizes outstanding uses of Recreational Trails Program (RTP) funds, showcasing excellent projects made possible by RTP funding and enhancing awareness and appreciation of the RTP among Members of Congress and other key officials. 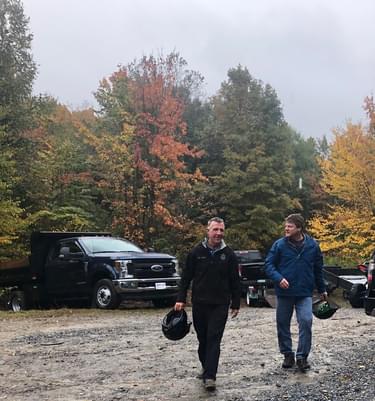 In 2019 the Maintenance and Rehabilitation award was given to the Vermont ATV Sportsman's Association (VASA) for Vermont's Stage Coach Trail Improvement project. Not only did VASA earn this award for an outstanding project, this was the first time that this award has ever been given to a motorized recreation group. The State Coach Trail Improvements project took place on the Stage Coach Trail in the town of Woodford, Vermont. The project consisted of a three-way partnership between VASA, the Green Mountain National Forest and the Green Mountain Club to relocate sections of trail and perform maintenance which improves and corrects erosion and improper drainage issues. This project has made the trails safer, more accessible and provides improvements for multiple user groups including both motorized and non-motorized users.

On September 24, 2019 Vermont's Governor Phil Scott and his team made a special visit to experience the Stage Coach Trail for himself. Despite it being an extremely rainy day, Governor Scott and his team joined members of VASA in Bennington to ride this amazing new trail. He was met by volunteers from the Bennington Trail Cruisers, and the Jack Pines Pirates ATV Clubs as well as VASA staff. After his ride, the Governor stated how impressed he was with the trail and the work that VASA and its clubs accomplish. He went on to say the outdoor recreation sets Vermont apart, and that he is working to leverage these assets to bring more working families, visitors and jobs to the state.