From the Bureau of Land Management, Eugene District, Oregon

The Row River Trail runs 15.6 miles along an abandoned rail line from Cottage Grove to Dorena Lake, Culp Creek and the nearby Umpqua National Forest. 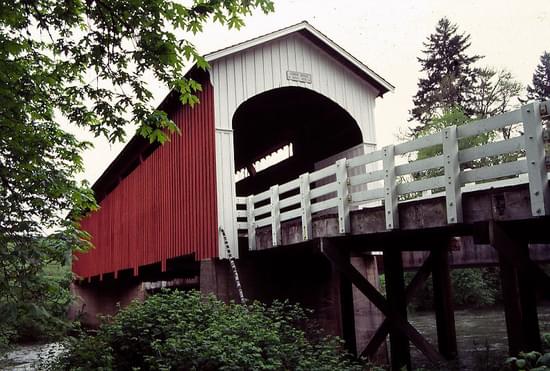 The vision for the Row River Trail began in 1992 when a multi-agency/private citizen working group was organized to foster a Rails-to-Trails project for the abandoned Oregon Pacific & Eastern (OP&E) rail line. The OP&E line was owned and operated by the Bohemia Mining Company and utilized to haul ore, logs, supplies and passengers between Disston and Cottage Grove. The Eugene District of the Bureau of Land Management (BLM) acquired 14 miles of the abandoned rail way in 1993 for settlement of a debt from a timber sale default.

The BLM began planning for the rail-trail conversion project with the completion of the Row River Trail Master Plan (1993). In 1998, the BLM officially opened the multiple -use paved trail from the Mosby Creek Covered Bridge to Culp Creek. In 1994, the City of Cottage Grove acquired the remaining three mile segment of the OP&E rail line that extended from Mosby Creek into the historic downtown district.

The Row River Trail is now 15.6 miles and connects the City of Cottage Grove to Dorena Lake, Culp Creek and the nearby Umpqua National Forest. The trail traverses a variety of landscapes that include: urban lands; pasture and farm land; timber lands; Dorena Lake shoreline; and the Row River.

The trail width varies from 8' to 10' and the trail corridor is approximately 135 acres. Lands adjacent to the trail are owned by Weyerhaeuser Timber Company, U.S. Army Corps of Engineers (Dorena Lake), and private land owners. The trail is paved and grade does not exceed 5 percent. Curves along the trail are banked to help bicyclists maintain their balance and allow for proper drainage. The trail and facilities along the trail meet or exceed standards for accessibility.

The Row River Trail provides access to an extensive network of forest trails managed by the Umpqua National Forest, as well as a link to the towns of Cottage Grove, Dorena Lake, and several rural communities in Lane County. 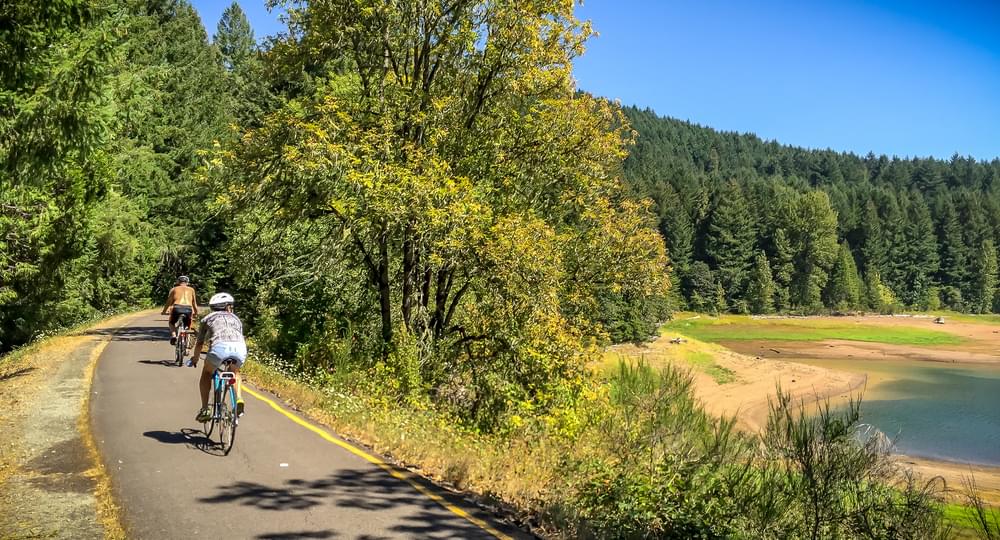 Historical features along the trail include three historic covered bridges: Mosby Creek Bridge (1920), Currin Bridge (1925), and the Dorena Bridge (1949) are all located near or adjacent to the Trail. Other historical features include retrofitting of the existing railway bridges that include Mosby Creek Bridge (1902) and the Row River, Rat Creek, and Teeter Creek bridges (1940s). Additional historical and cultural features include a historic homestead and old movie sets for the popular films "The General," featuring Buster Keaton, and "The Wedding Tree."

The management of the Row River Trail is a coordinated effort between BLM, the City of Cottage Grove, and other federal and state agencies, nonprofit organizations and businesses in Cottage Grove. In addition, the U.S. Army Corps of Engineers, Umpqua National Forest, Oregon Department of Parks and Recreation, Lane County Parks, Cottage Grove Chamber of Commerce, and the Cottage Grove Economic Business Improvement District Board all actively support and endorse the Row River Trail.

The BLM and the City of Cottage Grove signed a formal Memorandum of Understanding in 2004 for the ongoing maintenance and support of further development of the Row River Trail. The BLM and the City have also actively solicited support from volunteers for donated materials and labor that have been used for the development, maintenance and improvement of the Row River Trail.

The City and BLM plan to work jointly with a local contractor to construct parking facilities and other improvements for the Trailhead Park in downtown Cottage Grove. This facility will serve as the gateway to the downtown historic district. The City, Lions Club and other volunteers have offered to donate 400 hours of labor and equipment towards the construction of facilities for Trailhead Park. A gazebo, park benches, benches, bicycle rack, trash receptacles, and trees and shrubs for landscaping will be donated by the City and community groups. City staff will also donate labor to install the benches, bicycle rack, trash receptacles, water fountain, and landscaping. Volunteers also help with trail maintenance activities. 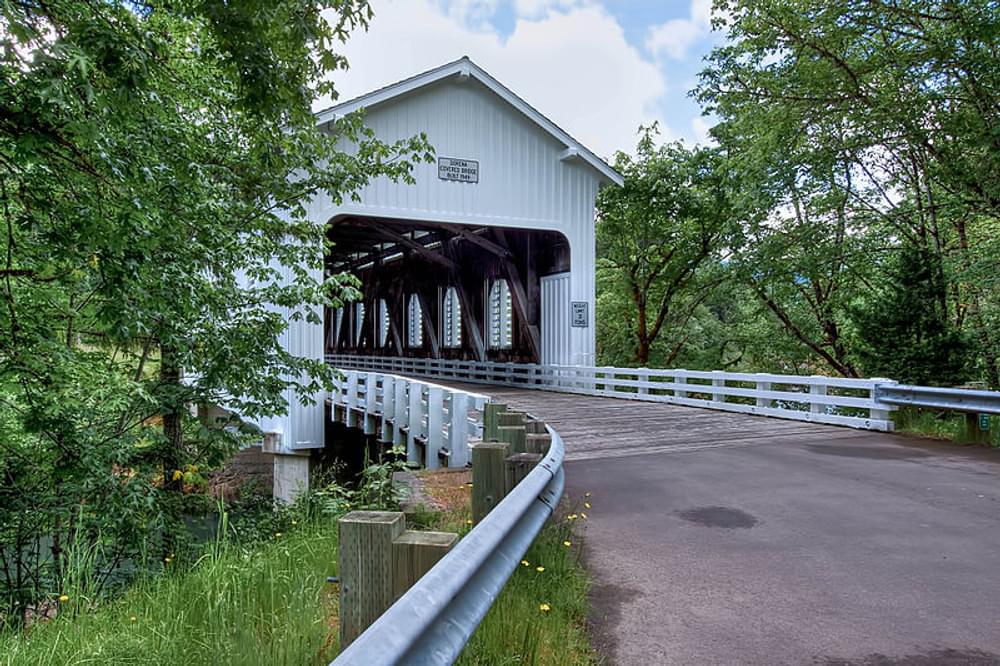 The trail attracts an estimated 100,000 visitors annually and the majority of these visits are from Cottage Grove and the surrounding rural communities of Lane County. The trail is a keystone project that has helped with the economic recovery of Cottage Grove, Culp Creek, Oakridge and surrounding rural communities in Lane County. It is promoted as a regional and national attraction and has helped the City successfully make the transition from a timber-based economy to a diversified economy which includes a recreation and tourism base resource.

It is anticipated that use will continue to increase in the future as the population of Cottage Grove and Lane County continues to grow. Tourism is increasing in Lane County and the Cottage Grove Chamber of Commerce and other local businesses actively promote the trail as a destination for outdoor recreation for bicycling, hiking, running, horseback riding, in-line skating, and other trail uses.

The close proximity of the trail to a large urban population has had a positive impact on community development, downtown visitation and local retail sales. Because of the significance of the outdoor recreation attractions and other amenities within the City of Cottage Grove, the City received the distinguished "All American City" award in 2004.