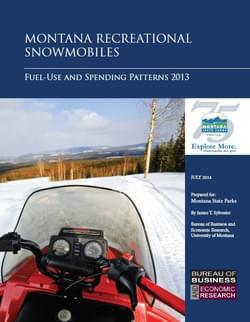 Our estimates suggest that nonresident snowmobilers spend about $147 per activity day, including food, lodging, and often, snowmobile rental costs. Nonresidents accounted for about 97,000 activity days during the 2013-2014 snowmobile season, spending an aggregate of nearly $14.3 million in Montana. That spending supports about 200 winter jobs.

On average, residents spend much less per activity day than non-residents ($56); most of their out-of-pocket costs are for gasoline. Resident yearly spending is about $96.3 million over half spent on gasoline for snowmobiles and transportation.

Access to snowmobiling areas is a concern of Montana snowmobilers. They are also concerned about a lack of personal responsibility affecting access to some areas.

In short, snowmobiling is a popular, revenue-generating winter recreation for Montana. It is popular with a solid share of households in the state, and popular with nonresident tourists.

The Bureau of Business and Economic Research is a research department within the College of Business at the University of Montana, Missoula. We produce a variety of economic and industry data including annual economic forecasts for the United States as well as Montana, its industries, and counties.

Visit Bureau of Business and Economic Research, University of Montana 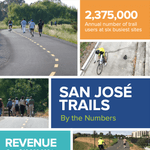 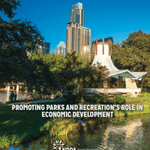