The Lake Wobegon Trail travels through the heart of the mythical land celebrated in the Prairie Home Companion radio show. 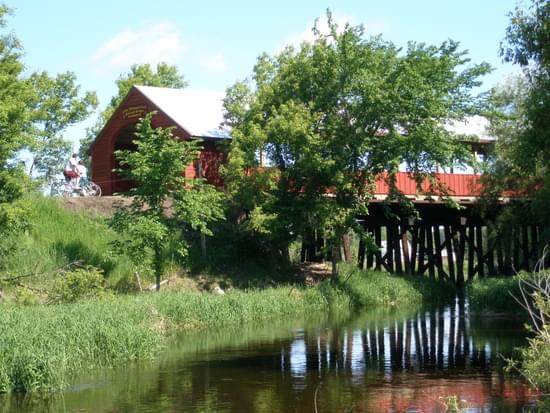 The Lake Wobegon Trail travels through the heart of the mythical land created by internationally known humorist Garrison Keillor. Every week on public radio Keillor reports the news from this mythical place where "all the women are strong, the men are good looking, and the children above average." For years, Keillor had talked about this mythical place. At the grand opening of the Lake Wobegon Trail and in an article he wrote for the National Geographic in December 2000, he confirmed that Lake Wobegon is located in rural Stearns County.

The entire trail is currently 50 miles long. The 28 mile Avon to Sauk Centre section has an asphalt surface. The 9 mile Albany to Holingford (the most Wobogenic of cities, according to Garrison Keillor) section has been recently paved, and an additional nine miles of asphalt surface trail was constructed from Avon to St. Joseph. The trail also connects to Sauk Centre hometown of noted author Sinclair Lewis and the beautiful campus of St. Johns University. Lewis' Nobel Prize winning novel, "Main Street," was based on this small town.

The Lake Wobegon Trail is a joint project of Stearns County Parks, seven local cities, the Minnesota Dept. of Transportation and a variety of citizen volunteer groups.

Citizens in their 70s and 80s are maintaining and improving their health through their enjoyment of the trail. College athletes as using it as a safe training site. Families are coming together to enjoy the outdoors and exercise together.

But finally, the trail is about fun, according to Garrison Keillor: 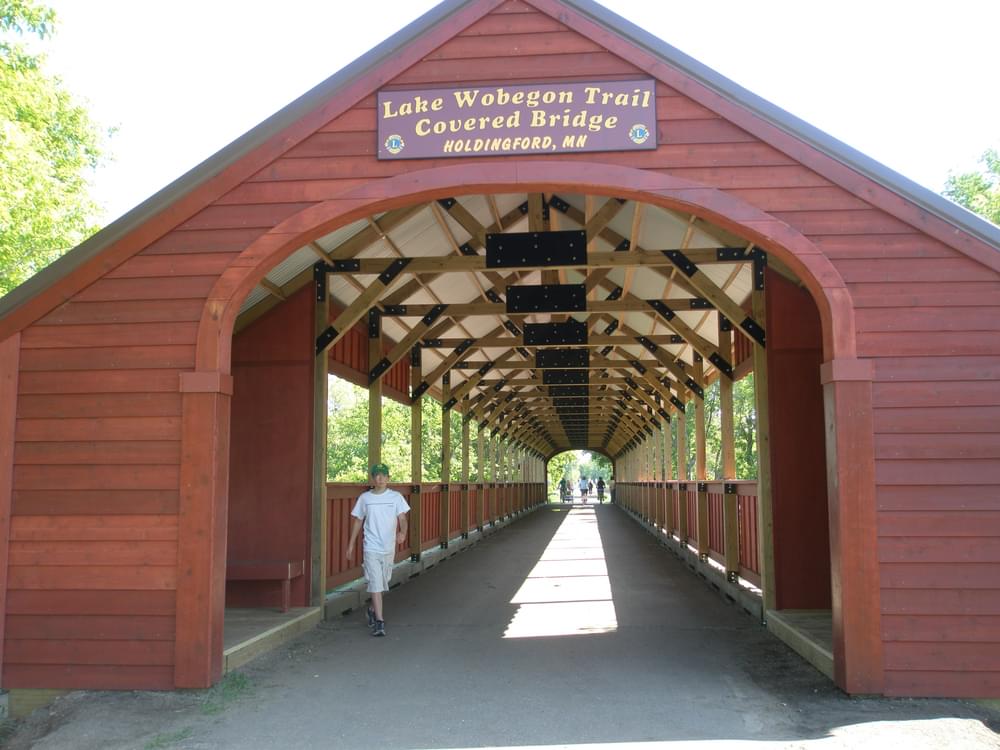