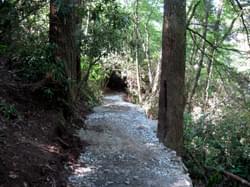 The Highlands Plateau Greenway is located in Highlands North Carolina, the highest incorporated town east of the Mississippi. Straddling the Eastern Continental Divide in a temperate rainforest, the area boasts the highest floral and faunal diversity in North America.

The forests of oaks, hickories, pines, and firs that shade second-story old-growth rhododendron and mountain laurel surrounding Highlands offer refreshing and striking alternatives to the town’s streets and roads for foot travel between points of interest, as well as valuable exercise and companionship for the growing number of volunteers who take pride in quality construction that is so much appreciated by the growing number of walkers and hikers who frequent the trail. Highlands has only 947 residents within its town limits, with 2,500 to 3,000 living in the township, but the Greenway’s appeal is to 20,000 to 25,000 annual visitors, second homers, and tourists who populate the plateau during the season.

What sets the Highlands Plateau Greenway apart from other trails are these unique environmental features upon which the Greenway’s trail system is superimposed, with opportunities for recreation, education on regional and natural history, art, and conservation for the Town’s tens of thousands of residents and visitors. The Greenway connects established trail systems within the Town, allowing users to visit sites of special interest without the use of motorized vehicles through tracts owned by Greenway Partners: the Town of Highlands, Highlands Biological Station, Highlands-Cashiers Land Trust, and Bascom Center for the Visual Arts. 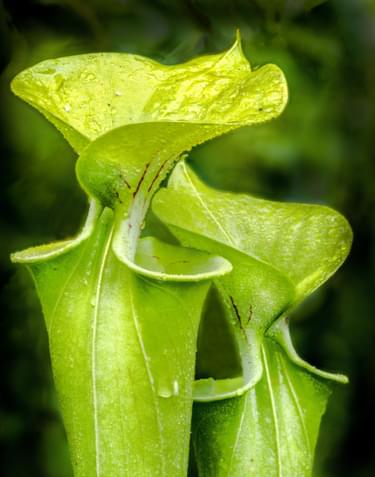 In the future, the Greenway will also connect to Nantahala National Forest hiking and biking trails immediately adjacent to the town, and the Bartram Trail, an historic backcountry trail that connects with the Appalachian Trail.

The Greenway is intended for foot traffic only and its trails are rated as easy, moderate or difficult to indicate health and fitness opportunities for all user levels.

Because of the unique environment in Highlands, the Greenway has made landscaping with plants native to the southern mountains a major focus and has been especially innovative in revegetating newly-constructed areas with natives. Trail construction is guided by principles used by the CCC that leads to longer trail life and enhanced aesthetics with its pinned cribbing, large rock steps, stable trail grades, and rock treadways that use local area rock.

Basic maintenance of Greenway trails is provided in part by staff employed by Greenway Partners. In addition, an adopt-a-trail initiative encourages local organizations to volunteer to help maintain or build sections of trail. The Greenway has a regular monthly work trip that currently generates about 800 hours of trail construction or maintenance activity annually, using equipment and tools provided by the Town or other Partners. 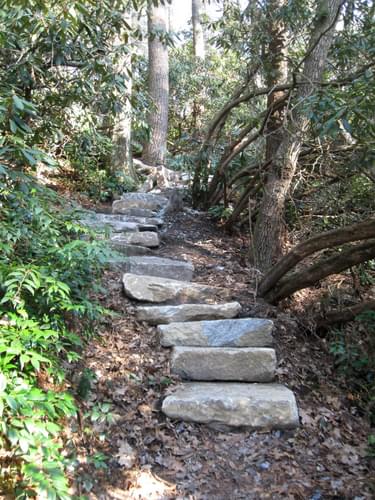 The Greenway’s maintenance plan gets extraordinary traction from its strong partnerships and volunteer workforce, allowing the Greenway’s board and members to be extremely cost-effective while providing exceptional service to the community. Finally, the Greenway’s history of acquiring grant support to cover materials and technical assistance shows the fundraising potential of the Greenway to complete planned connections and trail extensions.

In addition to the recreation potential the Greenway provides the Greenway connects exceptional opportunities for education. The Bascom Center for the Visual Arts has numerous art installations for public enjoyment. The Audubon Society has designated certain sections of the Greenway as an Important Bird Area (IBA) with opportunities for observing birds and other wildlife.

The Greenway began in 2005 with a Town of Highlands land use plan which included developing an extensive trail system within the town for pedestrian traffic. The Highlands Plateau Greenway, Inc. 501(c)(3) then received a National Park Service grant based upon their Rivers, Trails, and Conservation Assistance Program and developed a comprehensive map and strategic plan. According to this plan, the Greenway currently provides an abundance of opportunities for recreation and education, opportunities that are expected to expand significantly in coming years.

The Greenway’s efforts have been successful due to strong relationships with local Partners, volunteers, and a demonstrated ability to obtain resources needed to complete projects. The significant benefits of National Recreation Trail designation will work synergistically with the Greenway’s strong vision for future linkages, extensions, and improvements to realize planned initiatives and to better serve the community.