A glimpse of the early 1900s as the rail trail passes through several abandoned coal mining towns. 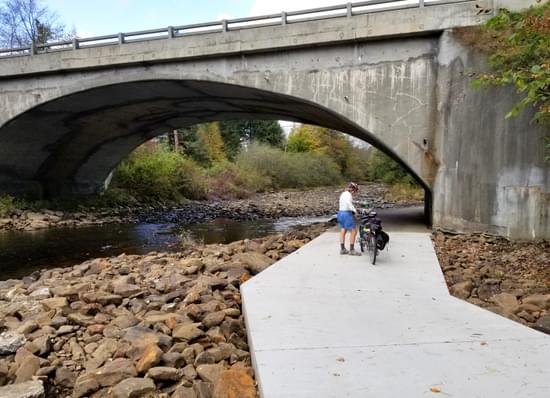 The Ghost Town Trail extends for 20 miles on an abandoned Conrail line in the Blacklick Creek Valley of Pennsylvania, from Dilltown, in Indiana County, to Ebensburg, in Cambria County. The Rexis Branch of the trail follows the abandoned Cambria & Indiana Railroad for an additional 4 miles along the north branch of Blacklick Creek from Rexis to White Mill Station adjacent to US 422.

Much of the right-of-way was donated as a public trail by Kovalchick Salvage Company of Indiana, PA and Cambria & Indiana Railroad. The primary uses of the trail are cycling, walking, and cross-country skiing. There are bicycle-rentals in Dilltown, Vintondale and Nanty Glo. Crosscountry ski rentals are also available. In Indiana County the trail is operated by Indiana County Parks while in Cambria County the operator is the Cambria County Conservation & Recreation Authority. The trail will remain in public ownership for the benefit of future generations.

The Ghost Town Trail derives its name from the once-thriving towns of Wehrum and Bracken, dismantled in the early 1930s. Today only one of an estimated 250 original mining-era houses remains in Wehrum, across the state road from the former site of the hotel and the remains of the bank vault. All of Wehrum is on private property and is not open to the public. Bracken was located in what is now State Gameland #79, between Vintondale and Twin Rocks. A detailed history of the area can be found in Delano's Domain: A History of Warren Delano's Mining Towns of Vintondale, Wehrurn and Claghorn, by Denise Dusza Weber. 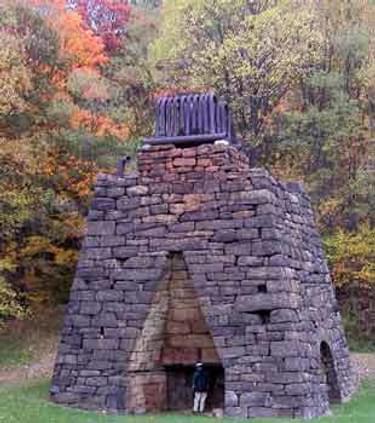 Eliza Furnace, preserved along the trail, was constructed in 1845 and 1846

The Eliza Furnace, midway on the trail, is on the National Register of Historic Sites. Operating from 1846 to 1849, this is one of the best-preserved hot blast iron furnaces located in Pennsylvania. Now leased to Indiana County Parks by the Cambria County Historical Society, Eliza's Sesquicentennial was celebrated in August/September 1996. Eliza Furnace was constructed in 1845 and 1846. At its peak, the furnace employed over 90 people and utilized 45 mules to produce about 1,080 tons of iron a year. Despite its early closing, Eliza Furnace helped bring the industrial revolution to the Blacklick Valley.

Construction of a bridge at Red Mill was completed in 1999 and Access Areas at Rexis, White Mill, Twin Rocks, and Nanty Glo were constructed. A Master Plan for The Eliza Furnace Historic Site has been published to guide development of this major feature along the trail. As additional railroad corridors become available the trail will continue to develop. You can help to promote the Ghost Town Trail and other rail-trails in the area by using the application in this brochure to join and support the Cambria & Indiana Trail Council.

When the bridge over this branch of Blacklick Creek was reconstructed, the work included provisions for the trail to share the creek bed with the creek. The trail currently ends here, but plans call for extension north and east, eventually swinging back to create a loop

An economic impact study of the trail was completed in October 1996 by interns from the Southwestern Pennsylvania Heritage Preservation Commission and the Penn State School of Forest Resources. The trail is having a definite economic impact in the region. Average daily expenditures for the resident visitors was $4.33 per day while non-residents spent $9.28 daily. Estimated attendance during the May to October study period was 66,000 visitors, of which 23% came from areas outside of Cambria and Indiana Counties. Overall economic impact of the trail during the study period amounted to $362,000 (From Covering Our Tracks, Winter 1997). 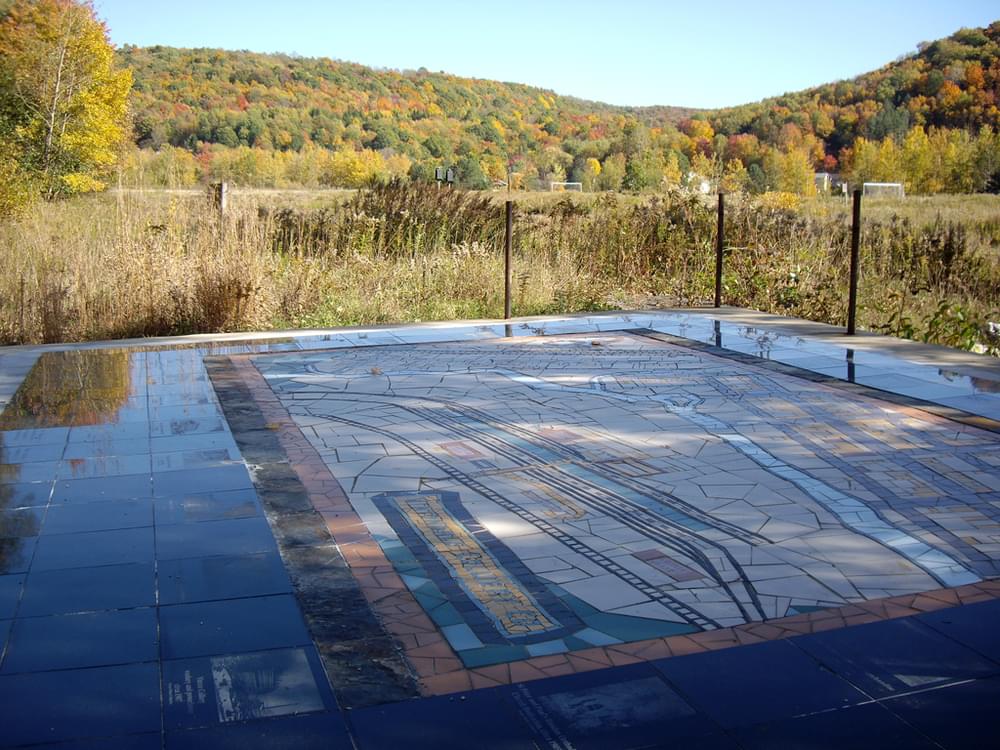