To recognize Florida’s trail towns, the Office of Greenways and Trails (OGT) developed the Florida Trail Town program in 2018, inspired by the successful trail town programs of states such as Pennsylvania and Kentucky. 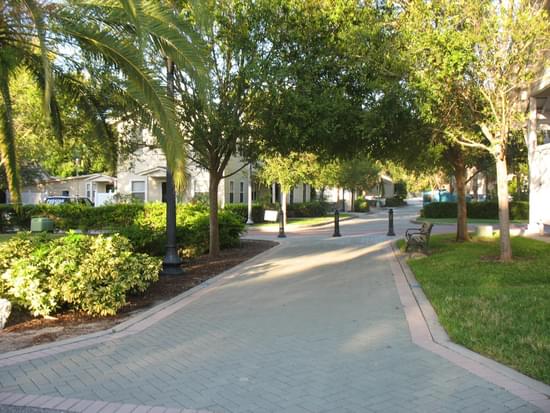 In addition to providing health and recreation benefits, trails are a distinctive resource for nearby communities where hikers, bicyclists, equestrians or paddlers enjoy a meal, stock up on supplies, spend the night, find information, or simply enjoy local heritage and charm. When a community enhances the traveling experience for trail users, trail users can, in turn, support that town’s economy and status.

To recognize Florida’s trail towns, the Office of Greenways and Trails (OGT), an important component of the Florida Department of Environmental Protection’s Florida State Parks system, developed the Florida Trail Town program in 2018, inspired by the successful trail town programs of states such as Pennsylvania and Kentucky. OGT learned of the other programs after one of their young planners won an American Trails Hulet Hornbeck scholarship to attend the 2015 International Trails Symposium.

To become a Florida trail town, interested communities conduct a self-assessment to gauge their strengths and weaknesses in relation to nearby trails and trail users, working with OGT regional coordinators until they are deemed ready for designation by the Department. 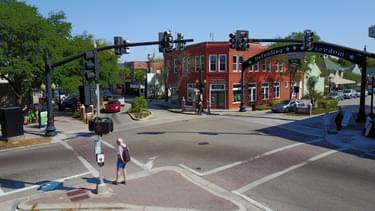 The first trail town to be designated in Florida was Dunedin in early 2018. Located along Florida’s west coast, Dunedin has long been a mecca for non-motorized paved trail users. Bicyclists, joggers, in-line skaters and those enjoying a leisurely stroll can access the town by way of the Pinellas Trail, which runs through downtown on an abandoned CSX railroad corridor. The multi-use paved trail loop stretches from St. Petersburg to Tarpon Springs. The trail is credited with increasing business occupancy rates from 30 percent to 100 percent. Bike shops, cafes, motels and other businesses cater to trail users.

“We couldn’t be prouder,” said Dunedin Mayor Julie Ward Bujalski. “Our downtown has thrived around the trail and attracted folks of all ages and abilities. We like to think of the trail as the main artery of our community.”

Starting in the 1980s, Dunedin embarked on a six-fold strategy to transform their town:

An initial goal of the Florida Trail Town program was to acknowledge successes such as Dunedin with the hope that other communities will be inspired to follow suit. The response has been significant. Eight more trail towns were designated in 2018 and 2019 with more than a dozen other communities pursuing designation.

Titusville, along Florida’s east coast, was the second trail town to be designated. The space industry has long been Titusville’s primary source of revenue, but after the space shuttle program was discontinued, town leaders decided to diversify and embrace eco-tourism. Besides having a wealth of opportunities for fishing, kayaking and birdwatching, it became apparent that Titusville also sat at the crossroads of three long-distance paved multi-use trails - Florida Coast-to-Coast Trail, East Coast Greenway and the St. Johns River-to-Sea Loop.

In 2013, Titusville began taking earnest steps to provide amenities and safe passage for bicyclists by forming a trails committee, spearheading efforts to build a bicycle/pedestrian bridge over their busiest thoroughfare (Garden Street), revamping downtown streets to be more bicyclist/pedestrian friendly, and opening a new visitor center in 2017 that includes a bike shop inside!

To fine-tune their efforts, town planners also took a field trip to Dunedin. “We continue to work diligently to become the premier destination and Trail Town in the state.” said Mayor Walt Johnson.

An eight-minute video produced by the town shows their Trail Town evolution.

We couldn’t be prouder. Our downtown has thrived around the trail and attracted folks of all ages and abilities. We like to think of the trail as the main artery of our community.

Trail towns can also be small communities such as Malabar, a town of about 3,000 people located at the southern end of Brevard County along Florida’s East Coast. It was designated for its vigorous efforts to establish walking, bicycling and paddling trails through its conservation areas. The town has an active Trails and Greenways Committee that works to connect their trail system to neighboring towns and they came together to build an impressive trail shelter, an ideal spot for a rest break or picnic or to take refuge from a storm.

Vilano Beach, located just north of St. Augustine along Highway A1A, has developed a wide range of amenities for bicyclists on the East Coast Greenway and paddlers on the Florida Circumnavigational Saltwater Paddling Trail. The town has wide paved trails on both sides of their main boulevard along with directional signage on every block.

Clermont is building a paved loop trail through its downtown that will connect to the South Lake Trail and the Florida Coast-to-Coast Trail. It is known as the Clermont Legacy Loop. The city is situated at the halfway point of the 250-mile Florida Coast-to-Coast Trail, so it is building the “Meet Us in the Middle Trailhead and Gateway” with tech-based kiosks, seating and more.

Inverness has embraced bicycle tourism as an economic driver. It raised $14 million to build a highly visual gateway from the 46-mile Withlacoochee State Trail to its downtown. Projects include re-designing their trailside parks, turning an abandoned warehouse along the trail into a farmer’s market and events center, and transforming an abandoned railroad depot into a trail facility with amenities. Construction and renovations are underway.

“The City of Inverness takes cycling seriously and has improved roads and boulevards for cycling compatibility to get about the City,” said City Manager Frank DiGiovanni. “Inverness holds a Bronze Rating from the League of American Cyclists, but the Trail Town designation confirmed our planning efforts and brought credibility to Inverness as a welcoming community. We are excited and couldn’t be more pleased.”

Palatka is another emerging trail mecca, situated along the Palatka-to-Lake Butler State Trail, the recently completed Palatka-to-St. Augustine State Trail, the St. Johns River Blueway, the historic Bartram Trail in Putnam County, and the Florida National Scenic Trail. The town’s interactive St. Johns River Center provides trail information and maps and they’ve turned their riverfront into an aesthetic linear park that makes you want to get out of your vehicle and begin exploring. The Palatka Bicycle Weekender draws hundreds of participants each year.

Deltona is a hub for several long-distance multi-use trails such as the Florida Coast-to-Coast Trail and the St. Johns River-to-Sea Loop, and it features numerous amenities for trail users. The town has also embarked on an ambitious program to link their many parks by trail.

“The enthusiasm exhibited by city staff and other stakeholders in the promotion of the trails and city’s amenities is to be coveted,” said Donald Morgan, OGT’s East-Central Regional Coordinator. “It is a thriving town with innovative trail projects and a promising future in trail and economic development.”

The Trail Town designation has provided Everglades City with a value-added incentive to focus on improving and expanding on the many amenities we have to offer our visitors and residents alike.

Everglades City is a gateway to the Ten Thousand Islands and an important hub for several paddling trails, including the Florida Circumnavigational Saltwater Paddling Trail. The town is also bike-friendly as evidenced by bicycle racks throughout town and at the airport. “What struck me about Everglades City was the level of community involvement,” said Katie Bernier, OGT’s South Regional Trails Coordinator. “This is an area that was heavily impacted by Hurricane Irma in 2017, but residents have since worked tirelessly in restoring their town, keeping recreational opportunities their primary focus.”

When Everglades City was designated a trail town in January, 2019, the town’s trail town committee set several goals which were adopted by the Everglades City Council. In just six months, several of these goals were being implemented, including putting out bids for 90 dark skies compliant solar street lights, installing a decorative dolphin bike rack and bike repair station at a town park, creating updated city maps, and purchasing eight new bike racks for town businesses and the Everglades City School. A national park concessionaire has also begun offering daily boat tours out of Everglades City.

“The Trail Town designation has provided Everglades City with a value-added incentive to focus on improving and expanding on the many amenities we have to offer our visitors and residents alike,” said trail town committee member Patty Huff.

Besides receiving signs and stickers, trail towns are featured on the OGT website. A new addition are story map tours for each trail town. A story map tour consists of a location map and eight to 10 photos with descriptions that can be advanced like a PowerPoint. The tours help web users become more familiar with the unique reasons why each town was designated.

Successful trail towns have a common denominator -- a champion, or champions, to support the Trail Town designation. This person could be a resident, local government official, a leader of a nonprofit organization or someone who fits a combination of these categories. The support of elected officials and the business community is essential. A trail town needs to ask: What do we want to showcase to the world? 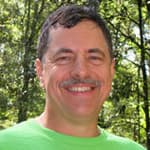 Doug Alderson works as the assistant bureau chief for the Florida Office of Greenways and Trails, part of DEP’s Division of Recreation and Parks, helping to coordinate the planning and promotion of non-motorized trails throughout the state. Prior to his current role, he mapped the 1,515-mile Florida Circumnavigational Saltwater Paddling Trail and he continues to coordinate the state’s designated paddling trails. In his free time, he is an avid cyclist, hiker and paddler. He has hiked the entire Appalachian Trail, coordinated a group walk across the United States, and backpacked through Europe. He is also an award-winning author of several published books, including A New Guide to Old Florida Attractions, Wild Florida Adventures, andThe Great Florida Seminole Trail. In 2015, he was awarded the first ever Environmental Leadership Award by Paddle Florida.