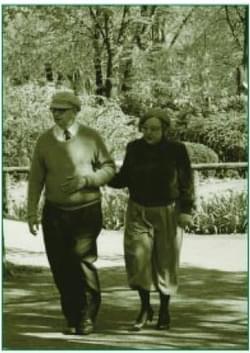 Bicycling is one of the most popular outdoor recreation activities in the state and contributes significantly to Wisconsin’s economy (WI DNR, 2006; Bicycle Federation of Wisconsin and WI DOT, 2006). In addition to purchasing equipment, resident and non‐resident recreational bicyclists support economic activity through expenditures on food and beverages, entertainment, transportation, accommodation, government fees, and other retail shopping while bicycling. This chapter quantifies the impact of such activity on the state’s economy in terms of output and employment.

Bicycle recreation currently supports more than $924 million in economic activity in Wisconsin, of which nearly $533 million is direct impact occurring annually. Of the combined impacts, more than $535 million is attributable to bicyclists from other states, representing an infusion of outside dollars into the state economy. Increasing non‐resident bicycling by 20% has the potential to increase economic activity by more than $107 million dollars and create 1,528 full‐time equivalent jobs.

In the current economic climate that encourages people to forego exotic vacations for trips closer to home, Wisconsin stands ready to attract increasing numbers of bicycle recreationists from the Twin Cities, Chicago, and other neighboring areas. Bicycle tourism may serve as an important economic development strategy for many areas in Wisconsin, particularly those endowed with significant natural amenities and able to invest in infrastructure and marketing activities. The impact of bicycling is not limited to bicycle tourism from nonresident visitors. Increasing both resident and non‐resident bicycling by 20% could have an even more significant effect on the state economy, creating $184 million in new economic activity and generating 2,638 additional jobs.

Wisconsin has long been a leader in bicycling and is one of the few states to have created a position for a state bicycle and pedestrian safety program manager. Numerous agencies and organizations exist in the state to promote bicycling, including the Bicycle Federation of Wisconsin, the Wisconsin Department of Transportation, and the Wisconsin Department of Tourism. In addition the University of Wisconsin Extension continues to provide assistance to communities and regions developing bicycle tourism plans. Our primary recommendation for helping communities benefit from bicycle recreation and tourism is to continue and augment this assistance. This includes coordinated marketing efforts, sharing information among communities regarding event planning, assisting communities in developing realistic expectations for economic impacts, and conducting cost‐benefit analyses for bicycle infrastructure development. 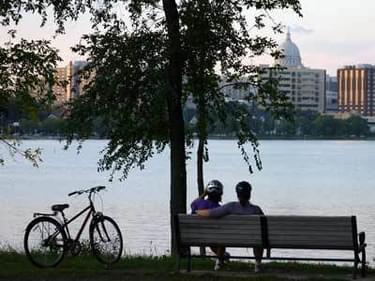 If the number of short car trips (under five miles) were reduced within urban areas, less ozone and fine particulate matter would be anticipated, as would a decrease in associated adverse health outcomes. Such incremental reductions in pollution would have significant human health and economic benefits due to the large populations who would experience improved environmental conditions in the state (including the metropolitan areas and outside these areas). By replacing 20% of commuting trips with bicycle trips, a substantial reduction in CO2 emissions could occur in Wisconsin alone. This reduction could play a role in meeting targets for greenhouse gas emissions, resulting in major public‐health benefits for the citizens of Wisconsin.

Bicycling can be fun and recreational; however, bicycling can also be useful for commuting to work and for small trips such as going to the post office to mail a letter or picking up something from the local grocery store. Since 50% of the working population currently commutes five miles or less to work, a distance that is considered bikeable, this provides a prime opportunity for bicycle promotion and improvement in personal health, air quality, and reduced greenhouse gas emissions. However, the ways our cities are designed often prohibit people from feeling safe or wanting to ride their bikes for these utilitarian purposes. As a result, we recommend that policy makers and urban planners:

Based on the available data on current Wisconsin bicycling trends, the primary bicycling age group (on bike trails) is 40‐60 years old. Additionally, significantly more men than women bike recreationally on bike trails and bike commute to work. According to Wisconsin, Minnesota, and Illinois projected population trends, by 2035, this Baby Boomer generation will make up a significant proportion of the total population. We assume that people who bike when they are 10, 30, or 50 years old are more likely to keep bicycling when they surpass 65 years of age.

If the goals of bicycling investments are to develop infrastructure that targets the largest population segment while also planning for the future, then we would recommend the following investment strategy:

Through this study, we have completed a thorough assessment of economic, health, and demographic data related to bicycling. While we believe that our conclusions are reasonable and conservative, our assessments are limited by a general lack of representative data specific to Wisconsin. Better data would enable further refinement of the results of this study. We specifically recommend the following data collection initiatives to more fully capture the benefits of bicycling: