From City of Wheat Ridge, Parks and Recreation Department 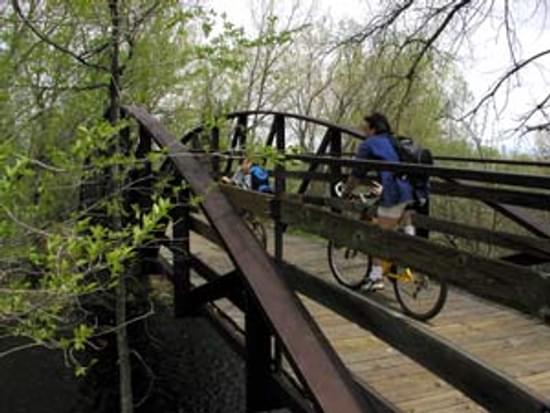 A new bridge over Clear Creek

A new bridge over Clear Creek

Changes have been many to the Wheat Ridge Greenbelt and its portion of the Clear Creek Trail. Over the past decade many improvements have been made including the addition of two new bridges and the replacement of an entire bridge and the redecking of two older bridges.

An additional new, mile and a half segment of paved trail was added in 1997. The trail has been widened to 10 feet and converted to concrete from asphalt where possible. These changes have lead to a much safer much easier to maintain trail facility.

Six kiosks have been installed providing a means to communicate a wide variety of information and to offer brochures for trail users.

The Clear Creek Trail connects with another major metro area trail the South Platte River Trail. This trail sequencing makes it possible to stay on a bike path from Golden to Littleton or Golden to Brighton accessing the entire Metro area's trail system and the Wheat Ridge portion of the Clear Creek trail is a vital segment. This area has recorded bird observation dating back to the 1800's and also contains a federally list threatened specie, Ute Ladies' Tresses Orchid, Spiranthes diluvialis. This is a parallel trail separate from the main bike trail. 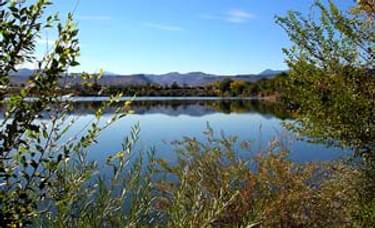 This in an urban area that not only provides tremendous recreational value, but possesses tremendous conservation value as well. A significant portion of trail was developed through an abandoned gravel mining operation. The gravel mines have been reclaimed as lakes that support an abundance of wildlife including an impressive assortment of birds.

Trail managers have been quite successful in their efforts to allow people to meaningfully interact with this natural treasure in a way that limits negative impact on wildlife and habitat. They have accomplished this through well designed, well-placed, unobtrusive, fencing and other mitigation measures that gently encourage responsible use.