Traversing the Chupadera Wilderness Area of the Bosque del Apache National Wildlife Refuge, this 9.5-mile backcountry trail is rich in wildlife and wildflowers. 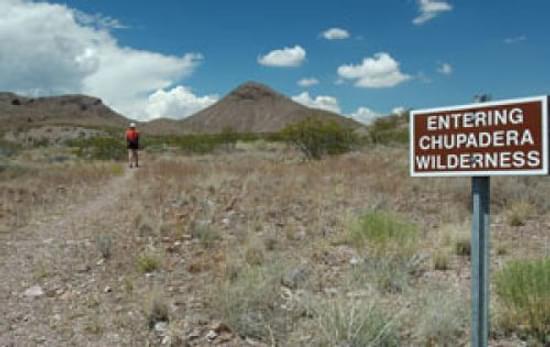 This long-distance trail offers hikers a wide range of experiences beginning at the trailhead in Chihuahuan Desert Scrub, traversing desert grasslands, and passing through several life zones. The trail ends at the highest point on the 57,191 acre refuge with a 360 degree view of several features of central New Mexico. Elephant Butte Reservoir, The Magdalena Mountains, Ladrone Mountain, Sandia Mountains, Manzano Mountains, Oscura Mountains, San Andreas Mountains and other features too numerous to be mentioned can be viewed in the panoramic view.

Tracks of javelina, mule deer, rattlesnakes and an occasional cougar may be found on the wilderness trail. Cactus and other wildflowers bloom in season. The canyon is a special geological formation of ancient volcanic activity. For much of its length, this trail traverses the Chupadera Wilderness area of the Bosque del Apache National Wildlife Refuge. 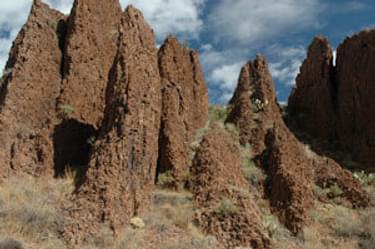 Bosque del Apache, named for the Apaches that routinely camped in the riverside forest, is known as one of the most spectacular refuges in North America. Each autumn, tens of thousands of birds— including sandhill cranes, Arctic geese and ducks—make the refuge their winter home. The air is filled with the honking of geese and the guttural call of cranes. Flocks of snow geese lift off from their feeding grounds when frightened by a stalking coyote or eagle. At dusk, flights of geese and cranes return to roost in the marshes or on the Rio Grande. In the summer, Bosque del Apache, though quiet, remains an oasis in the surrounding arid lands.

Located on the northern edge of the Chihuahuan desert, the refuge straddles the Rio Grande approximately twenty miles south of Socorro, New Mexico. The heart of the refuge is 7,000 acres of flood-plain where the waters of the Rio Grande have been diverted to create extensive wetlands and farmlands. The rest of the refuge is made up of arid foothills and mesas, which rise to the Chupadera Mountains to the west and to the San Pascual Mountains to the east. Most of these arid lands are preserved in three wilderness areas.

From Socorro, drive eight miles south on I-25 to exit 139, continue east one-fourth mile on US 380 to the flashing signal at San Antonio, turn right onto Old Highway 1, continue south nine miles to the Visitor Center.

From Las Cruces, drive north on I-25 to exit 124 (San Marcial), then north on Old Highway 1 to Visitor Center.