This 20-mile system of trails s features handcrafted bridges, views of the Brazos and Bosque Rivers from 100-foot cliffs, and cedar groves. 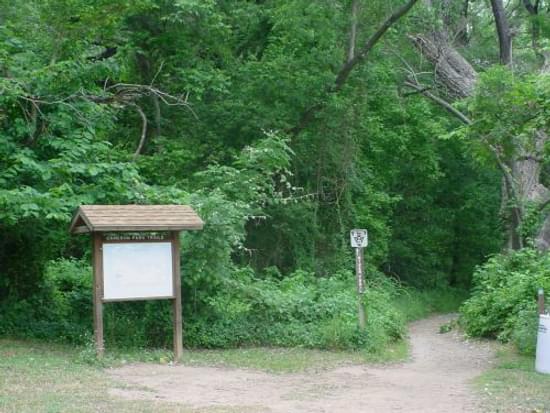 Cameron Park features one of the most recognized natural trail systems in Texas. In an area known for farmland, the trails zig zag and climb 100-foot bluffs that overlook the Brazos and Bosque Rivers. The daring can rip down trails like Vortex and Root Canal, or for a slower pace, park visitors can stroll along the River Trail and bamboo filled California 56.

With handcrafted bridges, varying terrain and breathtaking views, the trails provide countless outdoor adventures. The local ecosystem is on display with wildlife and native vegetation throughout the park. Home to mountain bike races, community events and weekly walks, the Cameron Park Trails give people of all ages a place to experience the Great Outdoors.

The park and trail system

Cameron Park is a municipal park located at the confluence of the Brazos and Bosque Rivers near downtown Waco, Texas. The 400-acre park, named for a Waco philanthropist William Cameron, was dedicated in 1910 and is one of the largest city parks in Texas. The land was first inhabited by the Huaco Indians, and through the years the scenic park has served as a gathering place and an outdoor recreation paradise.

Nestled within the dense vegetation of Cameron Park are some of the best natural surface trails in the state. Winding up and down the park’s ever changing terrain are more than 20 miles of amazing single track. Hand-crafted bridges, breathtaking views from 100-foot cliffs, bamboo forests, cedar groves, and swooping and turning trails create an exciting adventure.

One of the most popular activities is mountain biking. “Bike Magazine” recognized the trails in 2008 in its “Top 50 Trails in America” feature. A unique partnership exists between the City of Waco and local bike clubs that help to build and maintain the trails. Waco volunteer groups give their time to help with the basic trail trimming and cleanup projects.

The trails also offer connections to other outdoor activities such as the Waco Paddling Trails and the Waco Riverwalk. The Waco Riverwalk is a lighted, concrete path that travels along both sides of the Brazos that connects Cameron Park with downtown Waco near the historic Suspension Bridge. Two popular disc golf courses are also connected through trails in the park. 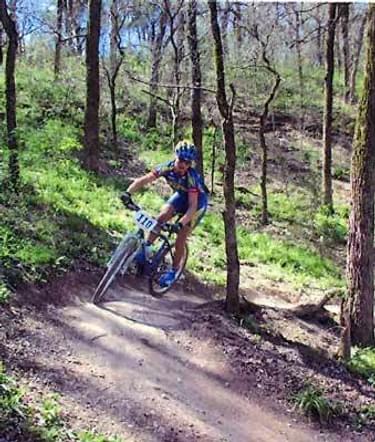 The trails attract a statewide audience, but also serve the more than 200,000 people that live in Waco and the surround communities. The trails are the site of activities and classes that cater underserved groups, including local recreation centers and rural areas outside of Waco. The county health department is also involved with promotion of healthy activities utilizing trails in Cameron Park.

Events take place in the trails through out the year. In the past the park has hosted events such as the NORBA National Mountain Bike Race Series, Adventure Races, Trail Runs, and Ultra Trail Marathons. Races and events bring more than $1 million per year into the local economy.

The trail’s primary surface consists of compacted soil. Certain trails are restricted for equestrian use. Standard trail yield rules apply to all who share the trails. More than 150 directional signs designate trail names and are coded with level of difficulty. Several map kiosks are located throughout the park alerting users of trail hazards and trail tips. No motorized vehicles are allowed in the trails and pets are to be kept on a leash at all times.