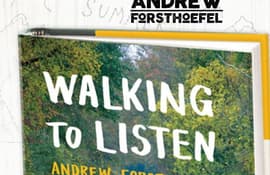 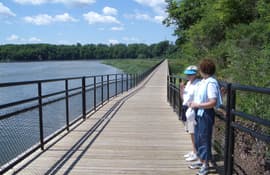 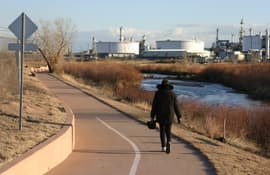 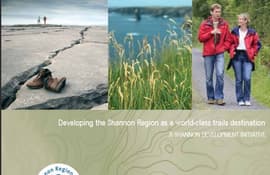 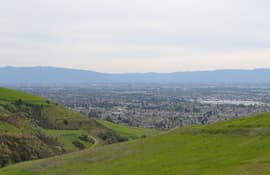 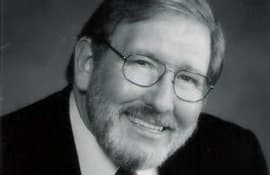 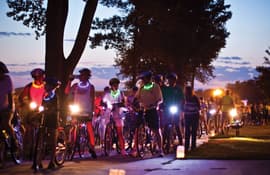 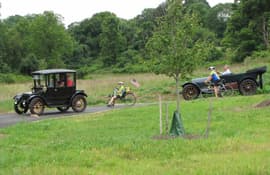 A new trail in Delaware breaks new ground with trail sharing: antique vehicles join bicycles and walkers on a paved trail at Auburn Heights Preserve. The 1.5 mile trail is just the start of a larger system. 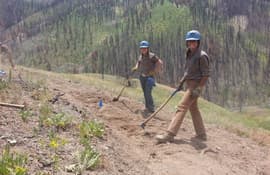 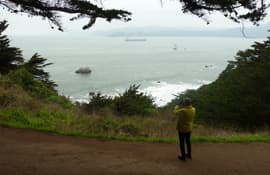