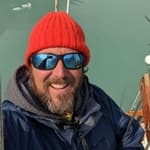 Jake Bayless is a resident of Sonoma County and the enthusiastic co-founder of the Redwood Empire Mountain Bike Alliance (REMBA). He currently serves on the REMBA board and is active in MTB advocacy efforts within REMBA’s zone: Sonoma, Napa and Lake Counties, California. Jake’s day job is a public servant programmer/analyst for the City of Santa Rosa. In his free time, he helped create REMBA, before going on to help form the California Mountain Biking Coalition (CAMTB) because he saw that trail development and expansion wasn’t happening in proportion to the growth of mountain biking in California. He found that locally it was nearly impossible to get all the various “bike tribes” on the same page to actively influence park and open space decisions, especially without a cohesive group behind them.