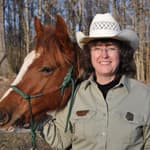 Debbie received her Bachelor’s Degree in Wildlife Ecology from the University of Florida and her Masters of Science in Parks, Recreation and Tourism Management from Clemson University. A native Floridian, she began her career with the State of Florida as a Recreation Planner working first in trails then on the State Comprehensive Outdoor Recreation Plan.

In 1991 she joined the U.S. Forest Service as Trail Coordinator on the National Forests in Florida in Tallahassee working closely with the Florida Trail Association on the Florida National Scenic Trail. Debbie moved to Atlanta in 1998 and worked for the Washington Office during the development of the corporate trails database. In 1999 she became the first Intelligence Coordinator at the Southern Area Coordination Center (SACC) supporting response efforts to natural disasters. She moved back into recreation in 2001, working as the Regional Wilderness, Wild and Scenic River, Congressionally Designated Areas, non-motorized trails, and dispersed recreation program specialist. In 2011, she became the regional Trails Program Manager, working on both motorized and non-motorized trail issues.

She has previously served the Region as the Acting Deputy Forest Supervisor on the Chattahoochee-Oconee NF and the National Forests in North Carolina, and as the Acting Recreation, Wilderness, Heritage and Volunteer Unit Director.

Debbie’s hobbies include just about anything related to outdoor recreation!