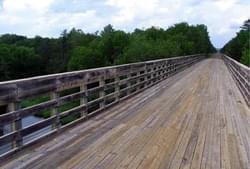 Decks were replaced on 12 rail-trail bridges to keep over 100 miles of trail open.

In 2004 Washburn County, Wisconsin received $12,500 from the RTP program to re-deck 12 bridges located along the segment of the Wild Rivers State Trail that runs though Washburn County. The Wild Rivers Trail is a 104-mile trail that traverses three counties in northwestern Wisconsin and provides connections to hundreds of miles of snowmobile and ATV trails.

The trail is used by snowmobilers and some cross-country skiers in winter with ATV and some equestrian use in the summer. Maintaining the bridges has allowed 104 miles of continuous trail to remain open, not only accommodating year-round use for different forms of recreation but also providing a transportation corridor for the towns along the trail. 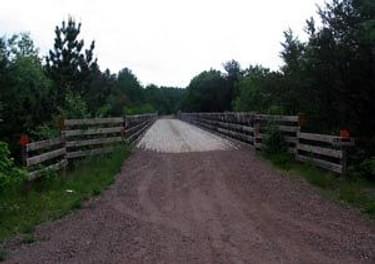