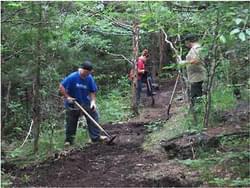 The White River Valley Trail is a 10.25-mile, natural-surface hiking and mountain biking trail located just outside the city limits of Branson and Hollister, Missouri.

The White River Valley Trail will help preserve some of the area’s trademark scenic attractions and offer a much-needed recreational trail for hikers and mountain bikers alike. This trail also offers a great opportunity for interpretation as there are multiple habitat types, homestead ruins, and many relics of the Table Rock dam construction from the 1950’s along the trail.

The White River Valley Trail will also help to boost the local economy in Branson and Hollister by drawing new guests to the area. In years to come, Table Rock State Park will host various events that can now include mountain biking and adventure races. The trail is supported by the Branson and Hollister Chambers of Commerce and Visitor Bureaus as well as local city governments. 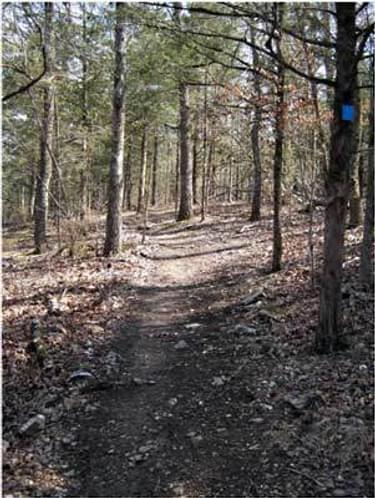 The community support for the White River Valley Trail is also exemplified by the volunteer groups that helped construct the trail. A large contingent of youth volunteers was involved with the trail construction, along with their families, and put in over 1,000 volunteer hours— in addition to the more than 2,500 hours put in by Table Rock State Park staff. The State Park Youth Corps also hired youth ages 17 to 24 who contributed nearly 2,500 hours.

The partnership between Missouri State Parks and the Corps of Engineers that led to the development of the White River Valley Trail has been very beneficial for local communities. Working on the trail has helped to teach youth about the benefits of volunteering, not only for the local communities, but for their own benefit as well. Volunteers and staff left each day knowing they helped to build a sustainable trail that will be enjoyed by thousands of hikers and mountain bikers each year for many years to come.