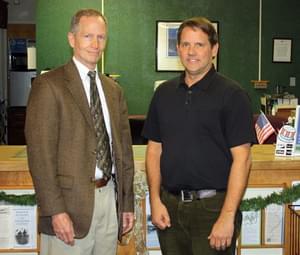 Since January 1985, has been a model of exemplary public service, and under his leadership, services, programs and facilities for the public have expanded dramatically. He has worked effectively with and coordinated efforts between all parties within the community, including citizen support groups and committees to accomplish the department’s goals, with the most efficient use of resources.

He is an avid bicyclist, a member of Mensa International, has been a Board member of Fauquier Community Child Care, Inc. from 1989 to Present (23 years); and a long time member of the Midland Church of the Brethren. Early in his career with the FCPRD, in 1988 his department won the National Association of County Parks and Recreation Officials Organization Award for outstanding service during 1987.

Mr. Miller has continued throughout his career to exhibit and expect from his staff a high level of professionalism and commitment to excellence. He established goals and a vision for his department early on, and has used all resources very effectively to make tremendous strides in the development of trails, parks and programs countywide; continuing this progress despite budget cuts and staff reduction in recent years.

During the last 25+ years that Mr. Miller has served as Director of FCPRD, the county has grown from one park and virtually no trails, to 1,021 acres of parks and trails, and 36 different sites (parks, schools and community centers) that offer a numerous array of recreational activities and programs. There are currently a total of 14 trail segments (approximately 14 miles); each segment reflecting the great care that was taken in the planning and execution of each project; preserving and highlighting the regions natural beauty and history. 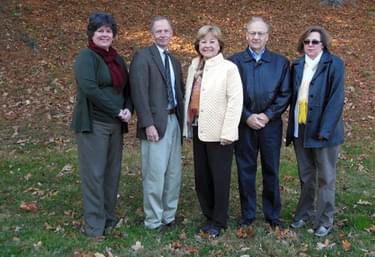 Planning for the future, and anticipating the growing needs of this rapidly expanding and diverse community; Mr. Miller and his department led efforts and contributed to the development and completion of the “Fauquier-Warrenton Destinations Plan, Bicycle and Pedestrian Plan” for Warrenton and surrounding areas, and also the “Fauquier County Connections Plan” for trails within service districts; both establishing plans for future development. Both of these documents have outlined past and current development and have established plans for the future. FCPRD has also regularly been involved with setting standards and reviewing development applications to ensure trails are being considered; and is working with the PBGAC on development of construction standards to be adopted by the County.

As part of establishing the goals and vision for his department, Mr. Miller was successful in adding language to the FCPRD Mission Statement, for preservation and to insure provision of historical sites. Therefore his department has been able to assist with efforts to preserve the wealth of history here in the County, as opportunities arise.

An example of this in recent years the County obtained land adjacent to the Town of Remington on which a major Civil War battle occurred, preserving it from development. This year FCPRD along with the County’s Department of Community Development commissioned and worked on a draft plan for its development as an interpretive park with access to the Rappahannock River, Rappahannock Station I & II Civil War Battlefield Master Plan.

Recently, they were successful in beginning a VDOT Safe Routes to School (“SRTS”) program in the county with the assistance of the FTC and PBGAC; and were also awarded a $500,000 SRTS infrastructure grant for the area around Cedar Lee Middle School. They also applied for and were awarded a $277,000 VDOT SAFETEA-LU grant for a multi-use paved trail leading from M.M. Pierce Elementary school to neighboring residential area in Remington, the “Pierce Elementary Connector Trail”. These trails within the two communities of Bealeton and Remington, will not only create safe routes from several communities to a number of schools, but also to shopping areas and in the future the battlefield park.

Three notable trails segments are The Warrenton Branch Greenway, the White’s Mill Trail and the Northern Fauquier Community Park Trail. The Warrenton Branch Greenway received designation as a National Recreation Trail, by American Trails . Along with the plans for this greenway, future guidelines were established for developers that require that they develop and build trails consistent with the design of the Greenway. The White’s Mill trail runs through a 70 acre stream valley park, featuring constructed wetlands and wildlife observation. The Northern Fauquier Community Park Trail winds through a public park, past wooded areas, a lake, and landscaped beds featuring native plants.

Larry Miller had the wisdom and foresight to start early pursuing trail development opportunities and planning ahead. Due to this citizens now and in the future will enjoy pedestrian friendly environments and trails for health, recreation and commuting, and the vitality it brings to their communities.